More
HomeNewsHe Told His Mom His Legs Were Aching. 72 Hours Later They...

He Told His Mom His Legs Were Aching. 72 Hours Later They Were AMPUTATED 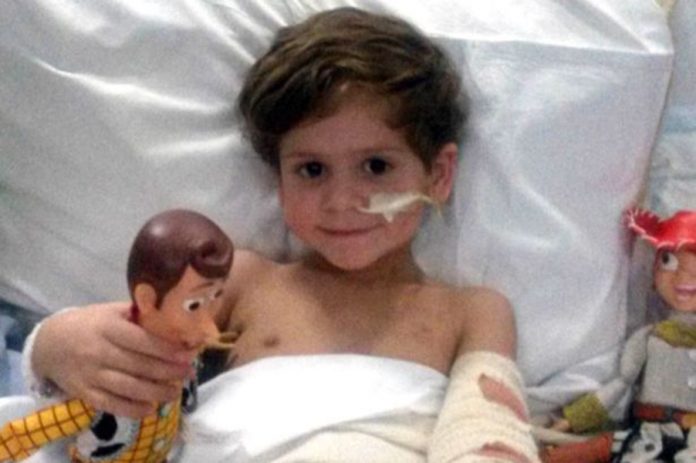 This is little Romeo Hadley from Cardiff in Wales. When he visited his local branch of IKEA with his mom Katie, he began complaining that his legs ached and ‘wouldn’t work’. His concerned mom took a look at the three year old’s legs and saw that they were starting to turn a dark shade of purple. Katie feared that little Romeo had contracted meningitis, an extremely dangerous spinal and brain inflammation that claims the lives of countless young children every year.

Katie and her husband rushed Romeo (pictured below) to their nearest hospital as his condition got worse. 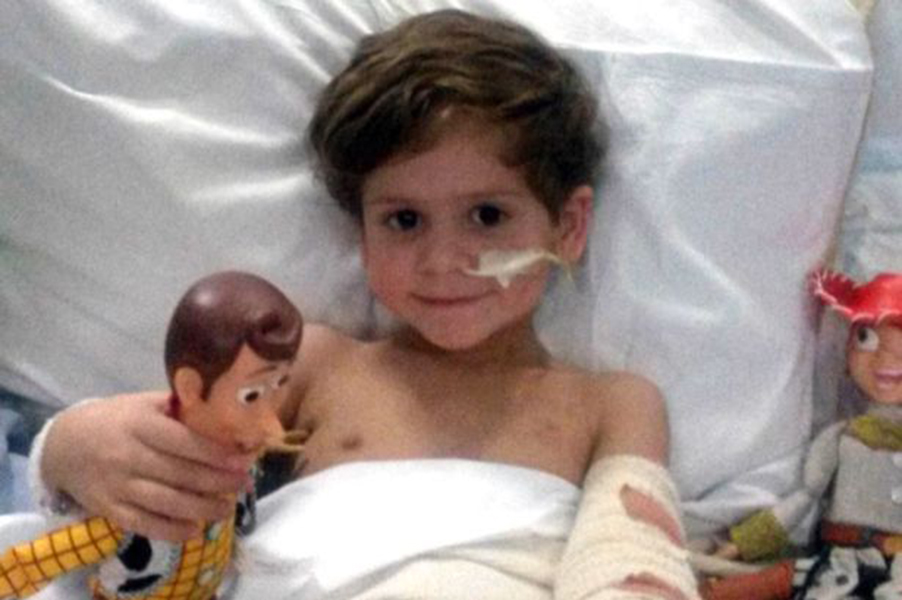 The doctors examined the boy and discovered he was not suffering from meningitis, but had in fact a rare thrombotic disorder called Purpura Fulminans, which causes severe clotting in the small blood vessels of the legs, as you can see below. The boy was placed immediately into intensive care and put on a ventilator. They feared Romeo would not last the night.

“We were told by doctors that he had a huge fight on his hands,” Katie told reporters. “It was heartbreaking. We just kept vigil by his bedside praying that he would pull through.”

Romeo did make it through the night, and in an attempt to save his rapidly blackening legs, surgeons lacerated the boy’s calves to relieve pressure and aid circulation. Sadly, this did not work and two days later the decision was taken to amputate the boy’s legs just above the knees. The surgery took a grueling ten hours.

Doctors then discovered more dead muscle in Romeo’s legs and had to amputate more of his legs, further towards his thighs. 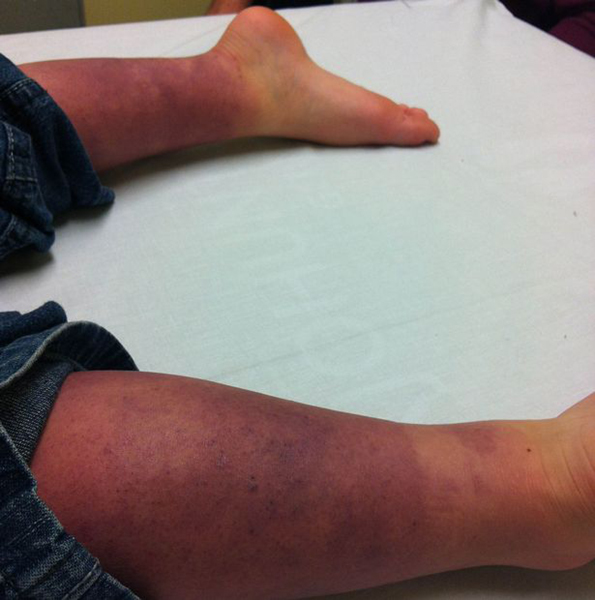 “All we cared about was him getting through the surgery,” said Katie. “Thankfully he did, then we faced the awful fact that we had to tell him he had lost his legs. He was a football mad little boy, always running around causing mischief, I was so worried about his reaction. So when Romeo was lucid, after being sedated for two weeks, I told Romeo that his legs were poorly and a doctor had taken the bad bits away. At first he went quiet and couldn’t look at legs, but within hours he was talking and playing.” 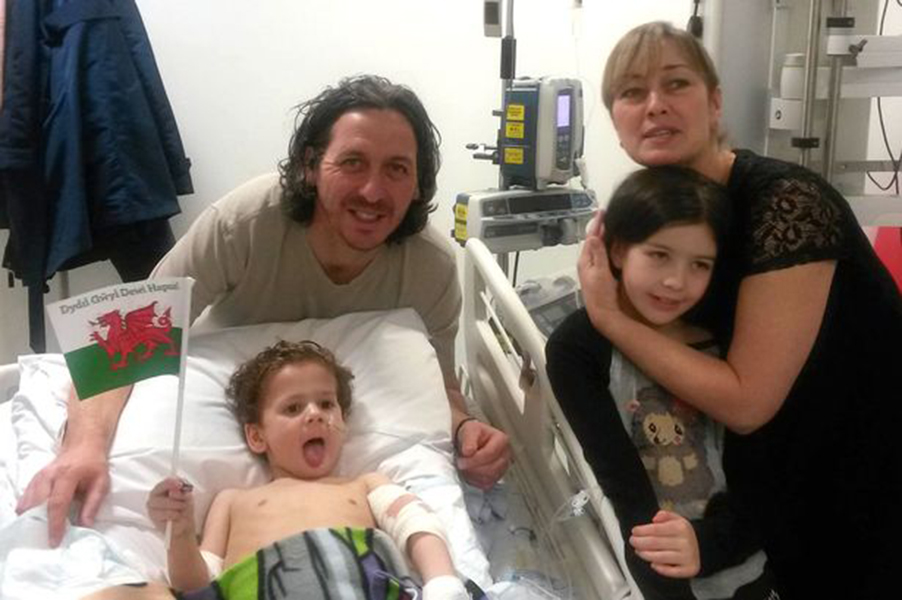 Finally, after six months, Romeo was discharged and is now back home with Katie, his dad Jon and his elder sister Seren. 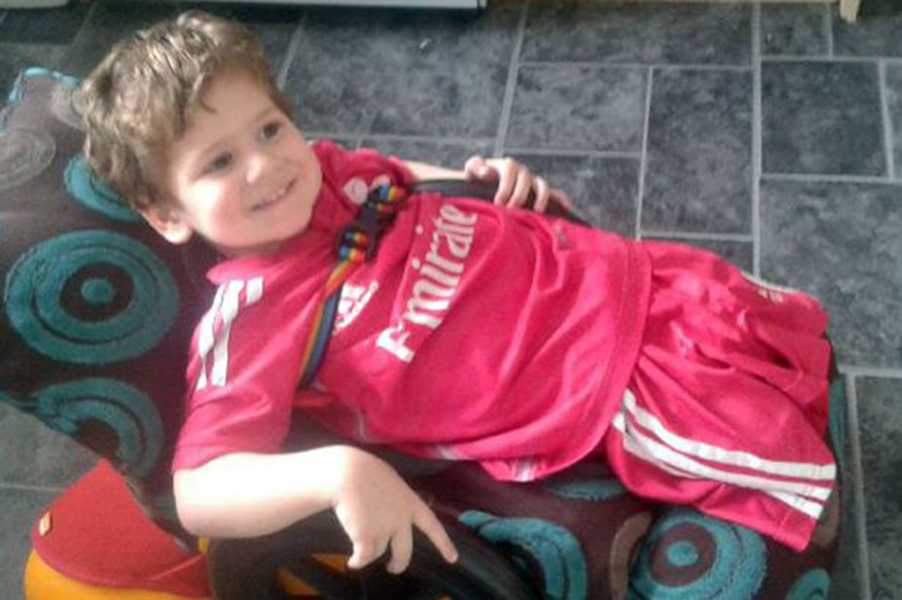 “He’s been such a brave little trooper throughout this,” said Katie. “He’s never without a smile and he’s got such a cheeky sense of humor despite what he’s been through. After we told him about his legs, one of the first things he said was that he’d no longer be able to wear his favorite trainers. Then he smiled and told me that at least I didn’t have to cut his toenails anymore. That’s something he’d always hated having done. He’s kept us all going, not the other way round.”

“He’s got such a lovely sense of humor,” added Romeo’s dad. “He’ll ask for his socks then look at me giggling and say ‘I’m teasing you dad’.”

It’s so good that this brave little boy can still have fun and laugh in the face of such a life-changing event. We wish you all the best for the future, Romeo. 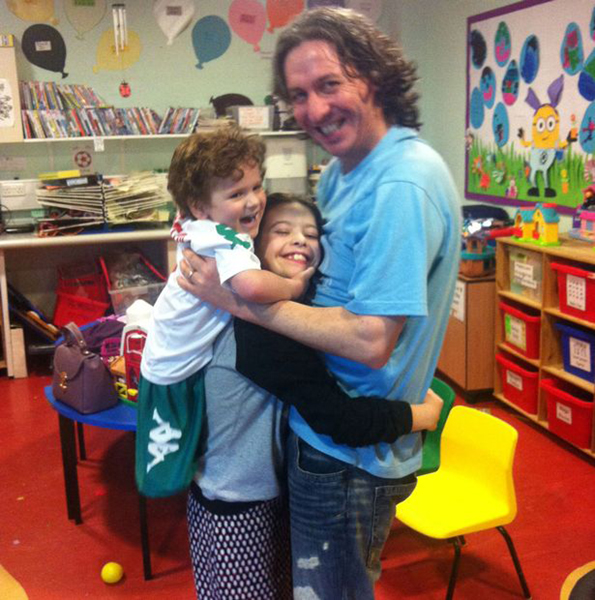 Debates over the existence of creatures such as mermaids have rolled on for centuries....
Animals

Two Puppies Fall Into A Snake Pit… How The King Cobra Reacts? UNBELIEVABLE!

Punjab, India. A pair of sensational photographs have emerged which have taken the internet...
Technology

These ‘Booby Trap Bras’ Give Women Quick Access To A Knife

Last year, Jennifer Cutrona was training for a marathon. She was out running in a woodland...
News

If You Find One Of These Weird Egg Sacks In Your Back Yard, Try Not To Panic…

Think you've seen weird before? You ain't seen nothing yet! If you enjoy pottering...