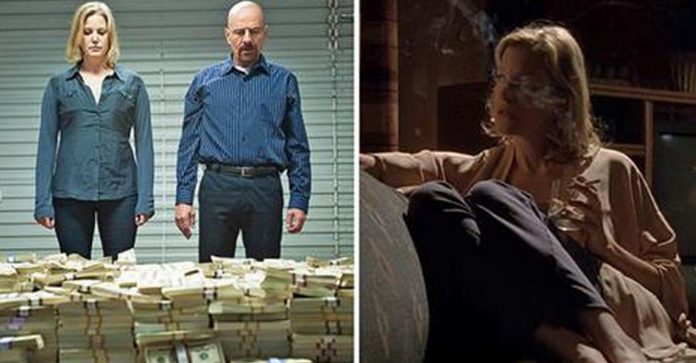 There are some pretty crazy fan theories about Breaking Bad out there. Ranging from people who refuse to believe that the show’s protagonist Walter White died at the end, to the pretty out-there theory that the show is in fact the prequel to The Walking Dead, it seems Breaking Bad is going to be causing debate for many years to come. 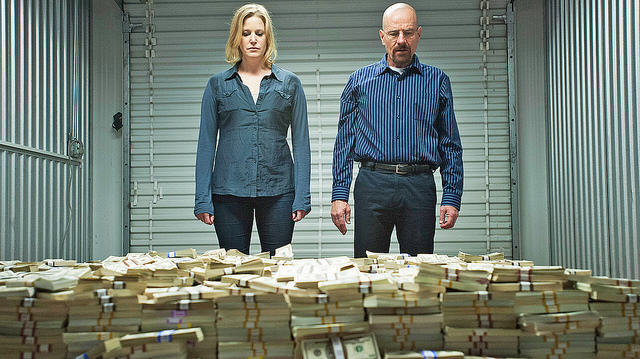 One interesting theory that has emerged recently comes from the snappily-named Reddit user ‘426763’, who has come up with the rather convincing theory that it was in fact Skyler who was the catalyst for everything that happened on the show. Here’s 426763’s theory in full:

“The one thing that sets everything in to motion was Walt’s cancer right? Well, what I’m theorizing goes deeper. Everything that happened in the show was caused by Skyler, or to be more specific, her smoking habit. When Walt was diagnosed, there was an off hand comment that Skyler said that it might have been the chemicals that Walt has been exposed to in his long career as a chemist. For me, that just doesn’t sound right. Walt is a professional and a stickler for the rules, I’m willing to bet that he is never fully exposed to the harmful materials in lab. Walt’s lung cancer was caused by secondhand smoke from Skyler and Walt’s not the only victim. Walt Junior’s cerebral palsy might have been caused by Skyler smoking while she was pregnant with him and we see further evidence of this in an episode where she smoked while she was pregnant with Holly. So in conclusion, as much as it is a cliche already to hate on Skyler, she is the cause of all of Walt’s problems.”

We’ve gotta admit, it’s pretty convincing. What do YOU think? Was Skylar the victim she painted herself as, or is 426763 right and she was in fact the cause of everything that happened?

Whatever the truth, this one certainly makes you think!

Dallas, Texas. 38 year-old teacher Rosa Woodward has been fired from her job at...
News

Plagued By a Poltergeist, This Man Captured The Terror On Camera

Brit Michael Magee knew something was wrong with his new place not that long...
Animals

WATCH: This Crying Cow Is Terrified Of Going To Slaughter, But Just Watch Where They Take Her

It's tempting to just assume that animals don't have the same kind of feelings...
News