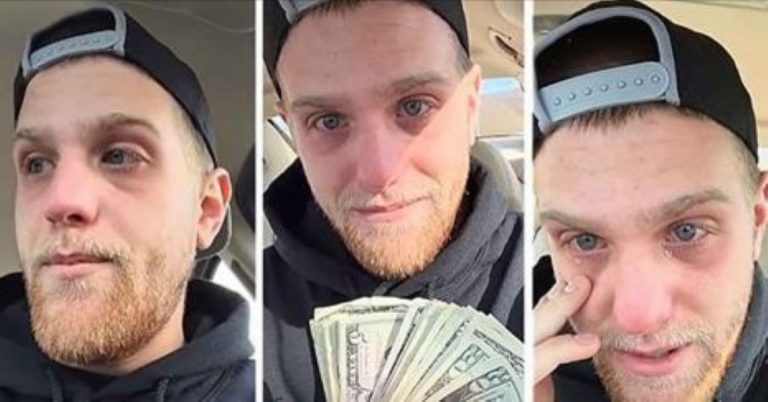 22 year-old Ohio pizza delivery guy Jeff got a call early one morning from his boss, asking him to come into work early and help fulfill a large order. Jeff happily obliged. The destination? A local church. As Jeff took the boxes of food up to the pastor, he noticed he was holding a lot of money. A lot more than the sum total of the pizzas’ cost…

The pastor had had the idea for an early lunch where the church would tip the driver $100. But as they waited for the delivery, the congregation decided it’d be neat to make an even larger donation to the driver. So they all put their hands in their pockets.

When Jeff arrived an amazing $700 had been raised. He was taken aback. It meant so much to him as he’d been having a tough time staying clean from drugs and the money would be real handy in helping him fight off his addiction and stay sober. Instantly, he felt inclined to make this video. It’s a touching story: