Debates over the existence of creatures such as mermaids have rolled on for centuries. Zoologists and cryptozoologists have debated the merits of each other’s arguments seemingly forever. And whether you believe in such things as Yetis and El Chupacabra and other such bizarre ‘aminals’, it often comes down your beliefs systems and how open minded you are. But, more often than not, people fall on the side of not believing in them. And with pretty good reason. Absence of proof is a very good argument, isn’t it?

But when something comes to light which may be proof, it allows us to debate the existence of these creatures a little more intently. And the footage you’re about to see opens up the idea of ‘mermen’ more than ever before. Strange footage appears to show a large merman (a male mermaid) dragged from a lake by officials wearing biohazard suits from a river in Eastern Poland. 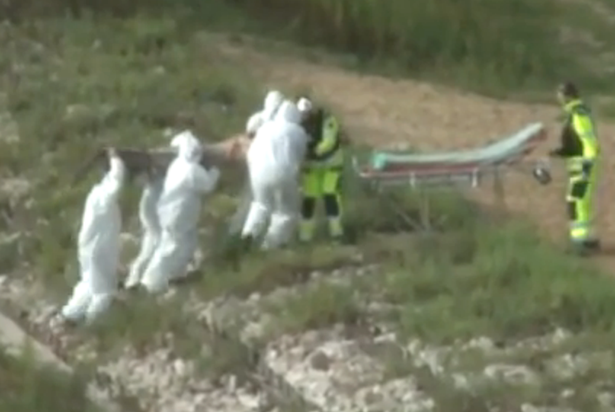 The video lasts for just under two minutes and clearly shows the creature to have a human-like upper body and seemingly a fish-like ‘tail’. No explanation has been forthcoming as yet for the video. Perhaps it’s from the filming of a TV show, movie or ad campaign, no one has confirmed. Polish authorities are refusing to comment.

See what you make of the bizarre footage:

Borat Returns To Warn America About The Danger Of Donald Trump!

Portland, Texas. Incredible footage has emerged of the moment that a five year-old girl...
News

This 10,000 Room Hotel’s Never Seen a Single Guest – Why? For a Very Good Reason Indeed…

The German island of Rügen in the Baltic Sea. On the picturesque sandy beaches,...
Animals

These Men Film Themselves Saving Lives During A Dramatic Apartment Fire.

Two men have become heroes after risking danger to themselves in order to save...