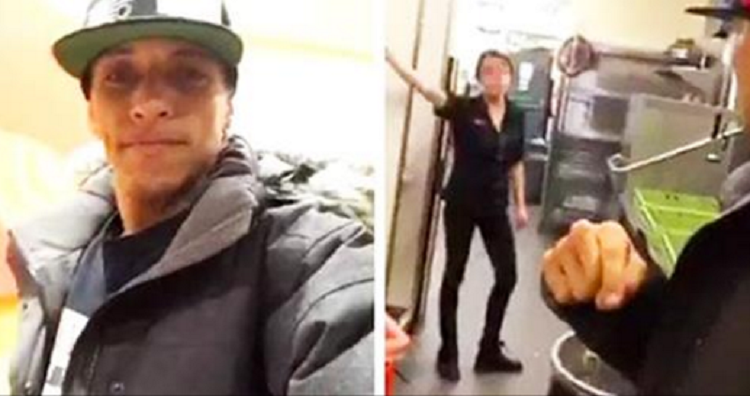 A man in England has caught on camera a pair of Pizza Hut employees getting up to more than cooking in the kitchen.

The unnamed man, who lives in Bristol, had entered the restaurant to get a post-bar bite to eat, when he found the whole place empty. After searching around a bit, the man enters the kitchen, to find a man zipping up his flies, whilst a female colleague rearranges her clothing.

At this point, probably out of embarrassment, the female employee turns on the man capturing the incident, repeatedly telling him that he needs to get out of the kitchen and stop filming her. She even threatens to call the cops at one point, even though the guy has seemingly done nothing wrong.

The footage has gone viral on social media. As yet, Pizza Hut have not commented, and it is unknown whether the pair will face disciplinary procedures. However, the release of the footage has not gone down well with everyone, with one user commenting, “Dude whats with the bro code violation. You can’t block another mans cock. You should be guiding their cocks.”

Watch the video below: