Enormous ‘Lake Monster’ Washes Up On Shore In Manchester, England! 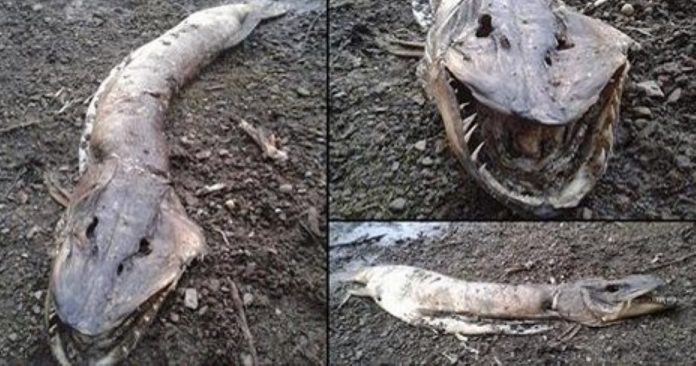 Pictures of a mysterious creature’s remains are currently doing the rounds on Facebook and causing quite a stir. The body washed up on the shore of Hollingworth Lake in Rochdale, Greater Manchester, England, recently. And since being posted on the social networking website, interest has sparked, leaving people scratching their heads.

There has been talk in the area for some time that the lake is home to ‘a lake monster’, after dozens of people independently reported having seen an unusually large creature in the water. But no official investigations were ever launched and no searches carried out.

But after these pictures surfaced, many are pointing to them as proof that a bizarre creature (or creatures?) dwell in Hollingworth… 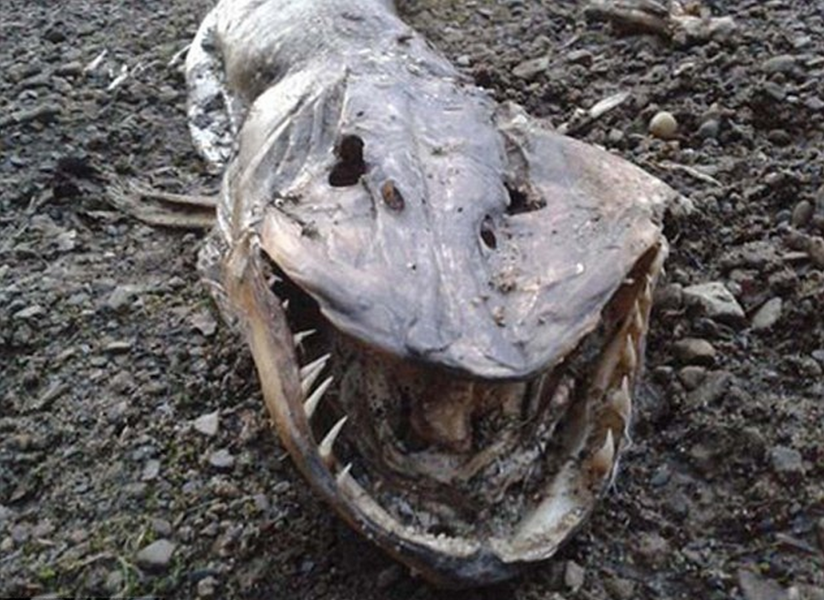 But while some are happy to certified the discovery as ‘an ancient lake monster’, others are taking the find much more calmly and suggested that there’s a more rational and logical explanation. The lake is home to plenty of pikes. And while it’s unusual to find one measuring in at this size (over 5ft…), it is a distinct possibility.

The pictures are currently going viral on Facebook, with an intense debate raging as to the nature of the beast.

Dr. Ryan Harvey-Warner, a zoologist from nearby Chester Zoo claims that there is a chance that the animal may be an undiscovered type of fish. A pre-historic type that’s carnivorous.

“It’s often very tempting to dismiss such discoveries, but having studied the pictures, me and my colleagues are certain it’s not a pike. And it’s teeth suggest it’s used to a diet of meat. Perhaps nearby nesting birds and small mammals that lurk near to the water.” 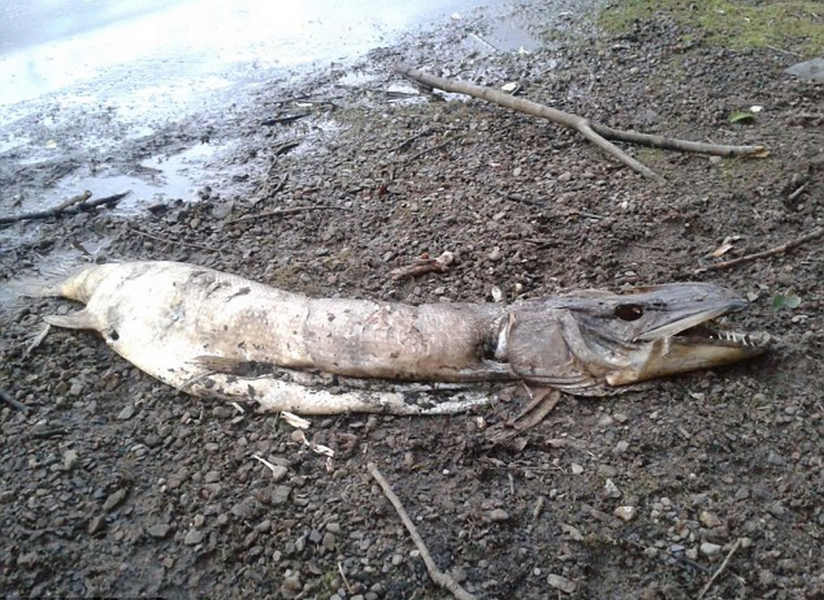 The ‘monster’/pike was found by 32 year-old local Jonny Beckett who said he was ‘stunned’ when he stumbled across it during a ‘romantic walk’ with his girlfriend.

“I thought it was a crocodile or some ancient creature and so I immediately took a photo of it. It looked huge – well over 5ft in length. A group of kids saw me taking the photo and looked horrified.” 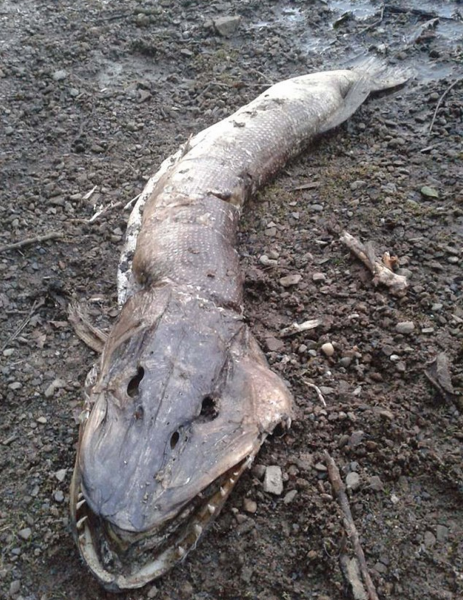 Pike, monster or a new kind of pre-historic fish? It looks as though opinion is firmly split at the moment…

Parts of the United Kingdom, specifically northern England, have been ravaged by terrible floods...
News

Here's a weird story for you... An IGLOO has appeared seemingly out of nowhere...
News

A London-based millionaire originally from Saudi Arabia has been cleared by a UK court...
Animals