More
HomeNewsThis Controversial Sign At A Virginia Pizza Restaurant Has Got People Talking!

This Controversial Sign At A Virginia Pizza Restaurant Has Got People Talking! 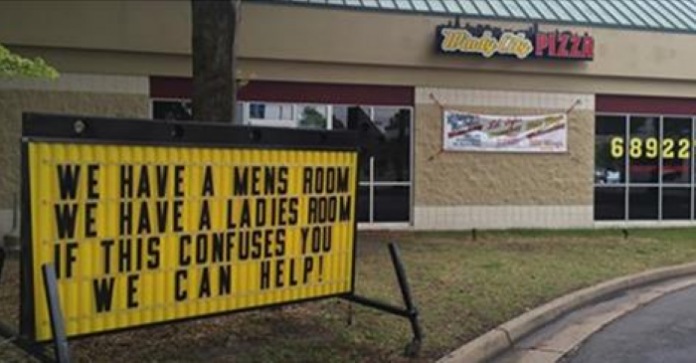 The issue of whether transgender people should be able to use toilets of the sex they have transitioned to, or whether they should be forced to use the facilities of their birth sex, is one that is being debated across the country. Last month, Bruce Springsteen cancelled a gig in North Carolina after the state enacted a piece of legislation that required transgender to use bathrooms that corresponded to the sex indicated on their birth certificate. This piece of legislation, known as the ‘bathroom bill’ was condemned by LGBT activists, as well as members of the wider public, worldwide.

And now, a pizza restaurant in Virginia has waded into the debate. Earlier this month, the owner of Windy City Pizza, who doesn’t wish to be named publicly, erected a sign that read “We have a men’s room. We have a ladies room. If this confuses you, we can help!” 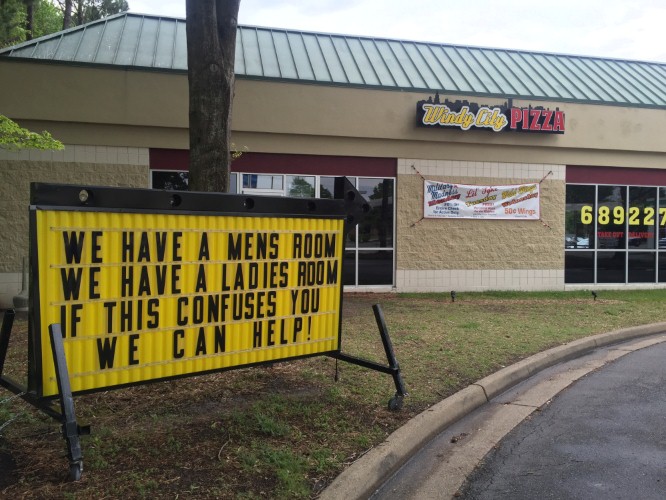 The sign caused a bit of an outcry on social media, as some people felt that the sign was offensive to transgender people. Others felt that the sign was just a bit of harmless fun, and should not be taken as an offensive gesture. The owner himself said that he does not have a specific stance on the issue, but likes to post messages to stimulate conversation. However, he must have been feeling the heat, as the sign was changed just a day after his restaurant hit the news. 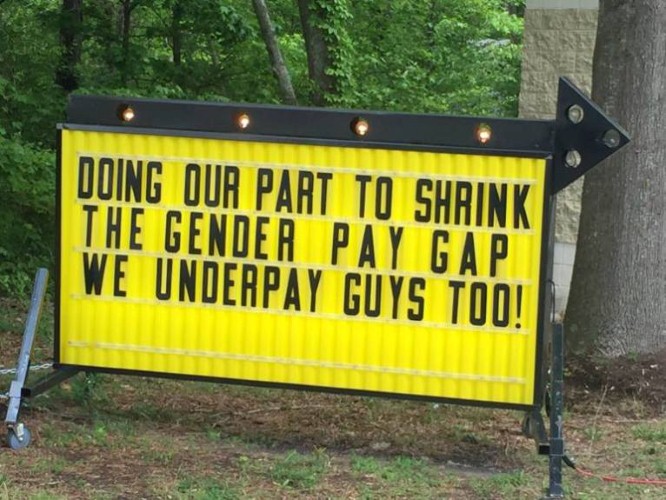 What do you think? Was the sign offensive, or simply a bit of fun?

Mustafa the mountain lion spent the first twenty years of his life 'working' in...
News

Seen Someone With a ‘Semi Colon’ Tattoo…? Here’s What It Means!

Simon Cowell Freezes in Shock when He Sees who is Singing on Stage. Amazing!

A Texan bus driver turned into a local hero recently after his quick thinking...