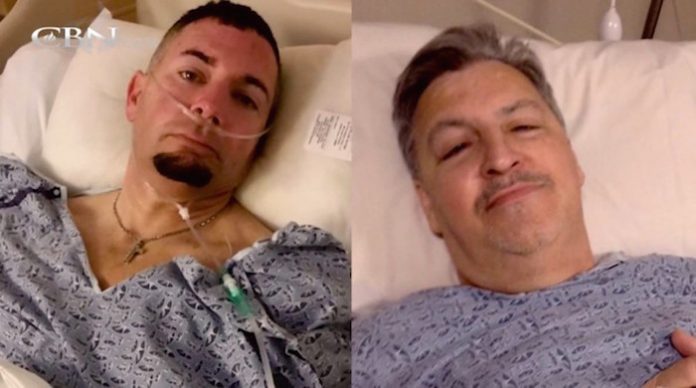 A man who entered surgery in order to donate a kidney to a friend actually ended up saving his own life after doctors found an unruptured aneurism in his artery.

Pastor Tim Jones met Don and Belinda Herbert when the couple stopped by Jones’s church in Kannapolis, North Carolina. Just three days later, after seeing Belinda’s appeal on Facebook, Jones agreed to donate his kidney to Don in a remarkable act of kindness. Herbert was battling stage five kidney failure, and was increasingly reliant on exhausting and time consuming daily dialysis. Without a kidney donation, he would have eventually died.

However, the story did not end there. As they operated on Jones to remove the kidney, surgeons discovered an unruptured aneurysm in the main artery leading to his kidney. If ruptured, the blood vessel would have led to hypovolemic shock, and near certain death. Thus surgery had to be delayed by 6 hours as doctors removed the aneurism from Jones’s artery. It was only then that the doctors could continue with the kidney donation.

Thus, not only was Tim’s donation incredibly charitable, it also saved his own life. If he had not agreed to donate his kidney, the renal aneurism would never had been detected. Left to its own devices, it would have burst, leading to near certain death.

As it happens, both Tim and Don are making a full recovery, and they remain as close as ever.