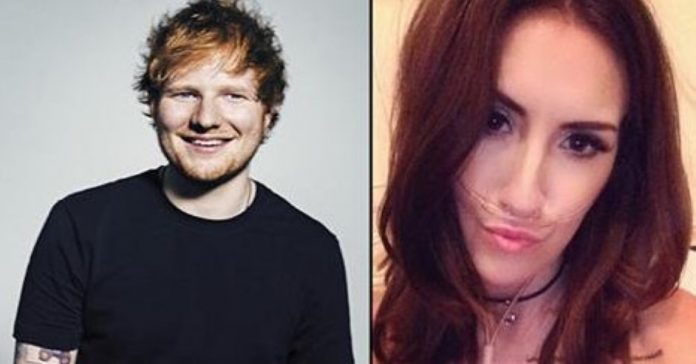 22 year-old London girl Channan Petrides has cystic fibrosis and was initally told by doctors that her life expectancy would only be around forty years. But her sad story gets even sadder as new test results have shown that Channan is actually in the late stages of her affliction already and that she doesn’t have long to live.

But Channan is a strong, willful girl. She’s not sat around feeling sorry for herself. After she received the bad news, one of the first things she did was write a bucket list and set about making her dreams come true. 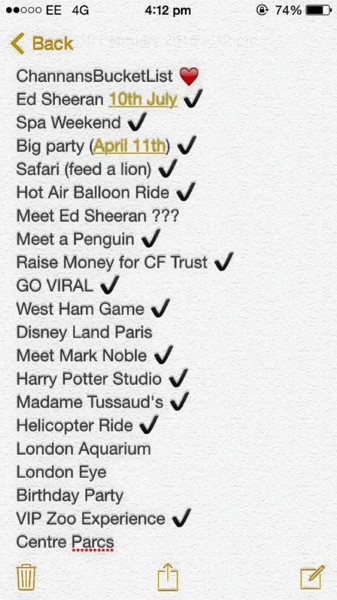 All look like fun. But the hardest one to organize? The least likely to happen? The ‘meeting a superstar’ part, of course. Or at least it would be if that superstar was anyone other than Ed Sheeran. Known for being a great guy, we think you can guess that her helped make her dream bucket come true…

Here’s what Channan said about meeting the pint-sized pop star:

“He was so lovely and genuine, he had a great sense of humor and was really easy to get on with. He signed my programme and we took some selfies together. He smelt amazing.”

“A few months ago, I was so unwell I was worried if I’d ever make it to Ed Sheeran’s gig, but I did and it was incredible and I also got to meet him backstage.”

And here is Channan with her pop hero:

Ed Sheeran. The nicest celebrity out there?

WATCH: This Firefighter Saved A Little Girl’s Life – 17 Years Later, She Does THIS! WOW!

TV news station WPXD-TV are reporting that an Ohio woman is planning to erect and...
Animals

Christmas. A time for family. And food. Eating food with your family, that's what...
Entertainment

She stands with her back to the audience. Now WATCH her legs when she spins around — WOW!