More
HomeNews84 Killed In France As Terrorist Truck Driver Plows Into Crowd Of...

A truly unbelievable terrorist attack has occurred in Nice, France, in which 84 people have died. More than fifty others are critically hurt after Bastille Day celebrations turned into one of the country’s worst ever terrorist atrocities. A large white truck loaded with grenades sped for 2km before hitting a large crowd of people walking along the coastline, back from a fireworks display.

A 31 year-old Tunisian man has been arrested and the driver is thought to have been shot after a shoot-out with police. ISIS are yet to officially claim responsibility, but there is little doubt as to the motives behind the awful incident.

“France is horrified by what has just occurred – a monstrous act of using a truck to intentionally kill dozens of people celebrating 14th of July,” French President Francois Hollande said. “France is strong. France will always be stronger than the fanatics who want to strike France today.” 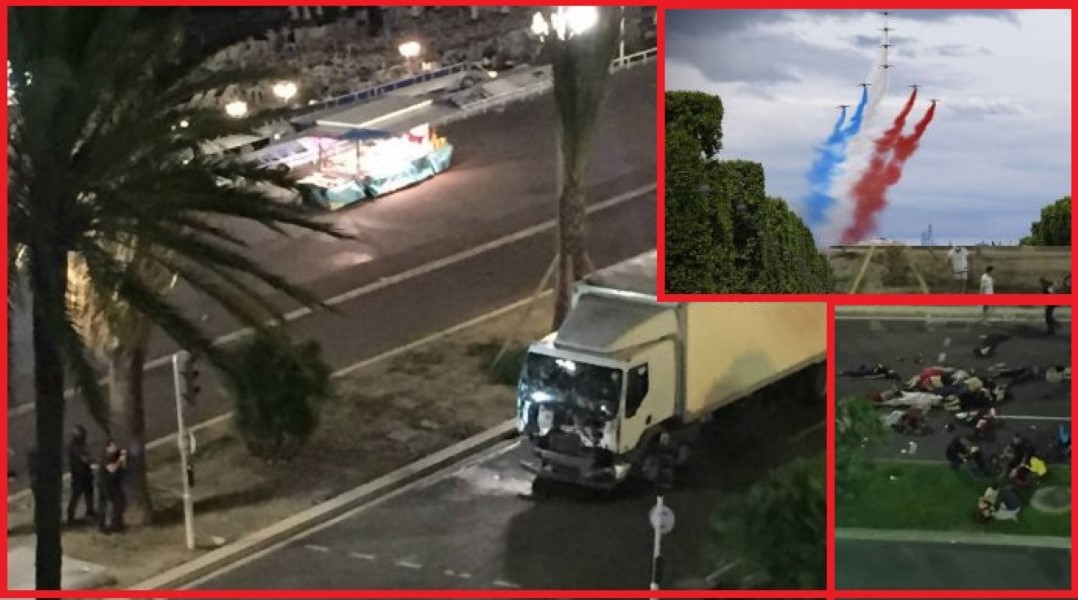 Photos and videos quickly hit social media of the carnage in the coastal city as panic rang out and fear gripped those that had seen the awful violence. The world is now in total shock over the callous and vile attack.

President released a statement saying, “On behalf of the American people, I condemn in the strongest terms what appears to be a horrific terrorist attack in Nice, France, which killed and wounded dozens of innocent citizens. Our thoughts and prayers are with the families and other loved ones of those killed, and we wish a full recovery for the many wounded.”

Here’s the truck moments before it mowed people down:

And a news report from CNN from as the story broke:

Our thoughts go out to the victims and their families.

The Craziest Bank Robberies EVER: #5 Is Just Insane!

For most us, the only way to raise money to go on vacation with,...
Animals

This Brilliant Old Pet Groomer Was Secretly Filmed Dancing With His Client’s Dog!

We think it's pretty safe to say that Luis Antonio Caballero likes his job. In...
Life

This Guy’s Got a Secret Under Ground That’s Going To Make You SUPER Jealous!

Australian businessman Steven Fisher is now a native in Singapore and he's created an...
Stories

These Triplets Are Best Friends With The Garbage Men, And It’s The Cutest Thing Ever!

Meet one of the most unlikely friendships of all time. 2 year old triplets, Holden,...