“Possible jumper on the York Bridge. Can you notify Pasadena?” When Officer Chris Perez heard these words, he knew he was near the scene. He’d only been on the force for a year and was eager for a chance to make a difference and really help people. And this was to be his night.

On the bridge? A distraught 12 year-old standing on a six-inch wide ledge. 80ft away from her death. The rookie cop had to think fast…

“I walked up to her calmly. I literally didn’t even start talking to her until I made it to the sidewalk and just asked her what was happening, what was going on,” Perez told CBS News. 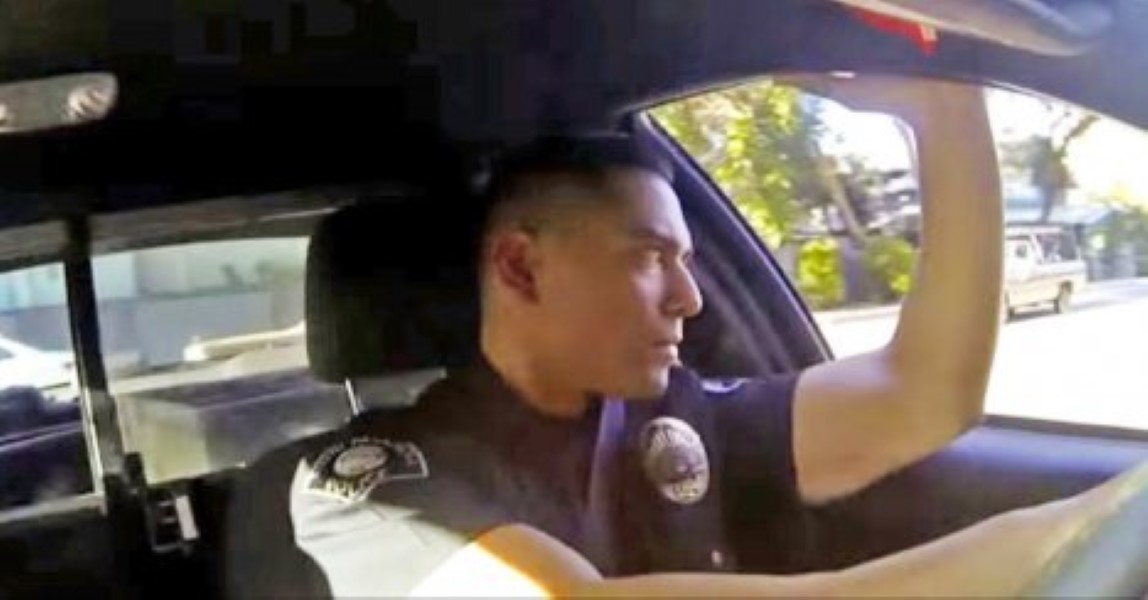 “She told me she was upset by a group home that she was living at, and that’s why she ran away. She was telling me they treated her poorly and badly and would lock her in a room every time she was bad.”

“I grabbed a hold of her arm, and I wrapped it around my neck and grabbed her body and bear hugged her and dragged her over,” Perez continued.

Here’s a news report on the gripping story.