More
HomeParentsMom Writes Touching Letter to "Stranger Next To Us At The Rodeo."...

Mom Writes Touching Letter to “Stranger Next To Us At The Rodeo.” The Next Day, She Discovers Who He Is… 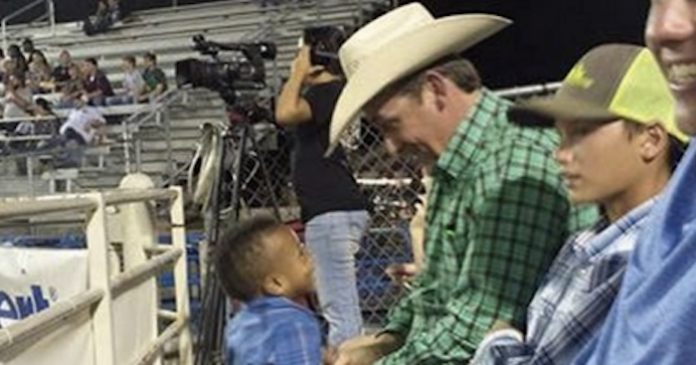 When Charity Stewart Robinson decided to take her family to the rodeo, she couldn’t have imagined what was about to unfold. As the family watched the entertainment, Charity’s son, Lincoln, who suffers from a challenging disability, approached a stranger in a cowboy hat. The man talked to Lincoln and played with him. Touched by the stranger’s act of kindness, Charity took to Facebook to praise him. 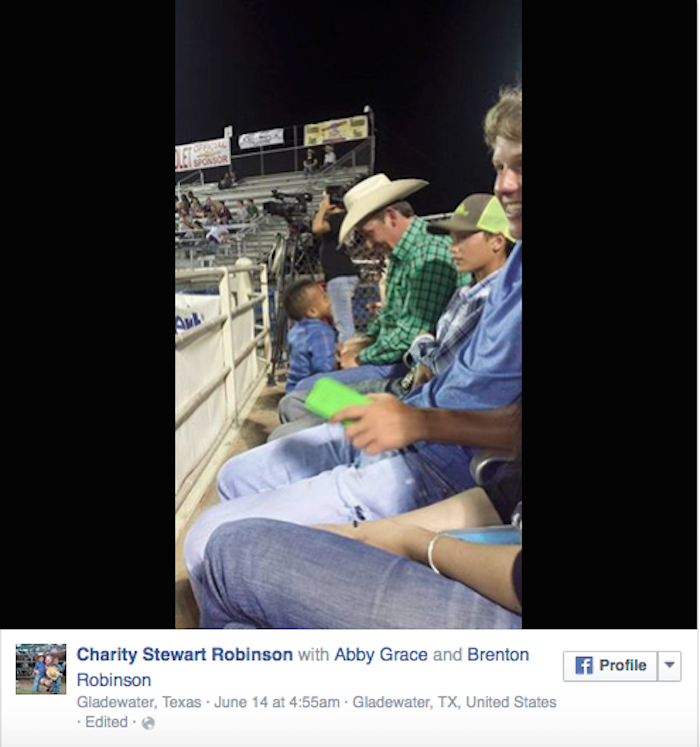 “Dear stranger next to us at the rodeo,
When my son came up to you and grabbed your arm, you didn’t know he used to be terrified of people. When he talked to you about the bulls, you didn’t know he was diagnosed with a language disorder. When he jumped in your lap and laughed as you tickled him, you didn’t know he had a sensory processing disorder. You also didn’t know as his mother, I sat in my seat, with tears running down my face, sneaking this photo. When we adopted him a few short months ago, we didn’t know how long it would take for him to laugh, play and engage others like this. You didn’t know any of this, but you took time to connect with a child who has had to fight to learn to connect. My heart is full. Thank you.“

The story didn’t end there. In an interview with IJReview, Charity said that several people had posted on her Facebook wall to tell her that the stranger was, in fact, a preacher at a nearby church.

“Through the post we were able to reconnect with that stranger and attended his sweet church this morning and hear his preaching and he actually shared the story about meeting Linc and had him up on stage with him!” 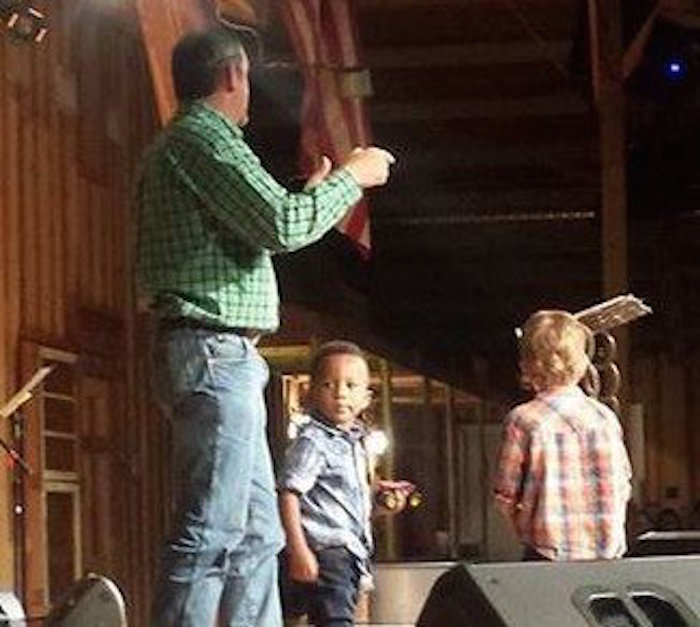 “Y’all also might be happy to know he has been identified and someone has shared the post with his daughter so he can see it. He is the pastor of the Bar None Cowboy Church in Henderson, Jason Taylor. My family is getting up to head to visit his church this morning. Amazing how the Lord works!” 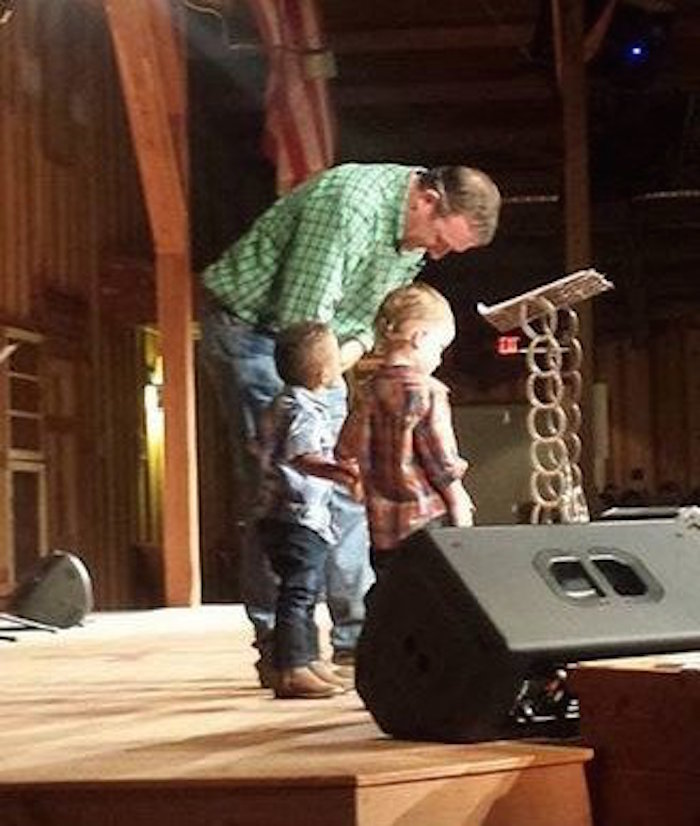 “Yesterday he was a stranger and today he is a friend we sat next to in church. When we went to bed I had no idea when I woke up this post would be shared by so many. I also had no idea God’s plan for us was to drive 45 minutes to his church to be blessed by Jason, his message and his sweet congregation. So lucky that God made sure our paths crossed last night.”

Following the touching story, Charity had this to say:

“The thing that has touched me so much is the outpouring of love and support from all over the country! We are humbled that God is using our story to touch others!”

He Dove 200 Feet Down Into An Underwater Cave And Discovered Something BEAUTIFUL!

In the search for the most visually stunning and jaw-dropping images, Russian photographer Anatoly Beloshchin...
Family

She’s Covered Her Baby Brother In Peanut Butter – For The Cutest Reason!

Kids. You've got to watch them. If you've got little ones at home and...
Entertainment

Young Boy Gives An Amazing Performance That Will Give You Chills!

Over the past few years, mostly due to Simon Cowell, we've all seen hundreds...
Entertainment

He was one of our favorite video game characters ever. Appearing in his own...