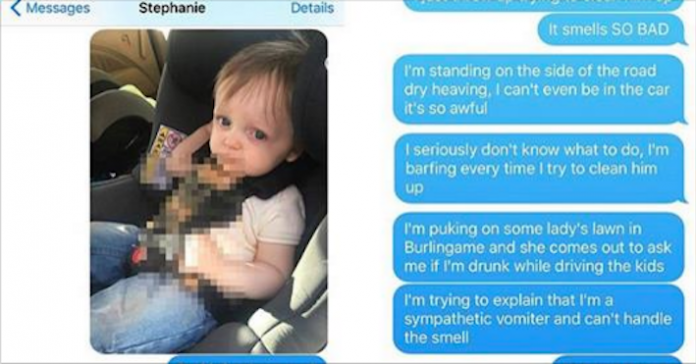 Of course every moment spent with your children is a blessing… yes, even when it turns into a day full of vomiting, angry neighbours and police. Earlier this week, Ben Patterson and his wife decided they would swap cars for the day because his wife wanted to go out with her friends. They met at a location not far from their home in California and off she went for a fun-filled day with the girls. Ben, on the other hand, was in for a whole different series of events that were no where near fun.

While driving home, Ben’s son Declan started to feel ill. What happens when your stomach feels like it’s doing backflips? You throw up. And that’s exactly what Declan did in the back seat of the car. Now that’s all good and well – kind of – because, that’s what kids do. They poop, and barf and all that jazz.

But this was exceptionally bad news for Ben, who just so happens is a sympathetic vomiter. What happens next is hilarious. 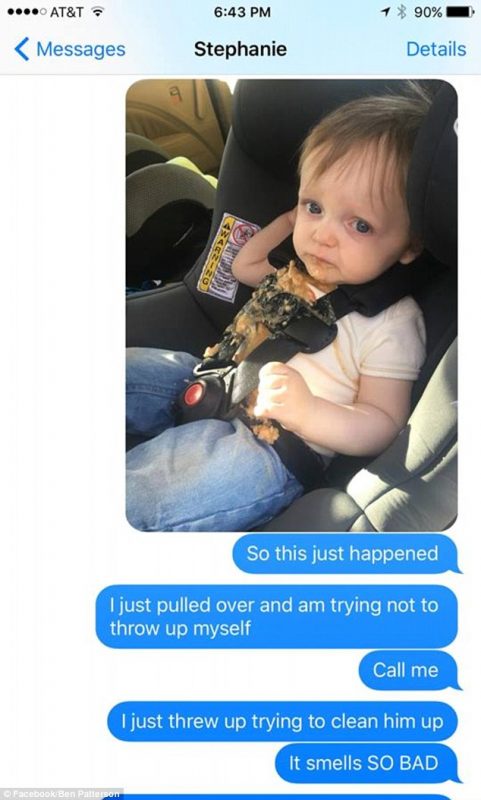 Needless to say, a seemingly innocent day with the little one didn’t quite turn out as fun as Ben had hoped for. Poor guy!

The 25 Most Perfectly Timed Photos Ever Taken!

With cameras on our smartphones now, we all have the ability to take pictures...
Science

This Is Why You Shouldn’t Trust Your Peripheral Vision – Celebrities Turn UGLY!

Our eyes are amazing structures. Taking in information from a 220° field of vision,...
Animals

Baby Horse Sees Something Scary And FREEZES… What Mom Does? HEART WARMING!

A mother's love is unconditional. We all know that. A mom will stop at...
Animals

An Elderly Man Turns On The Hose. Now Take A Look To The Left … OMG … I’m In Tears

When Roger Reissig, from from Montgomery, Texas, shared a moving story about his father...