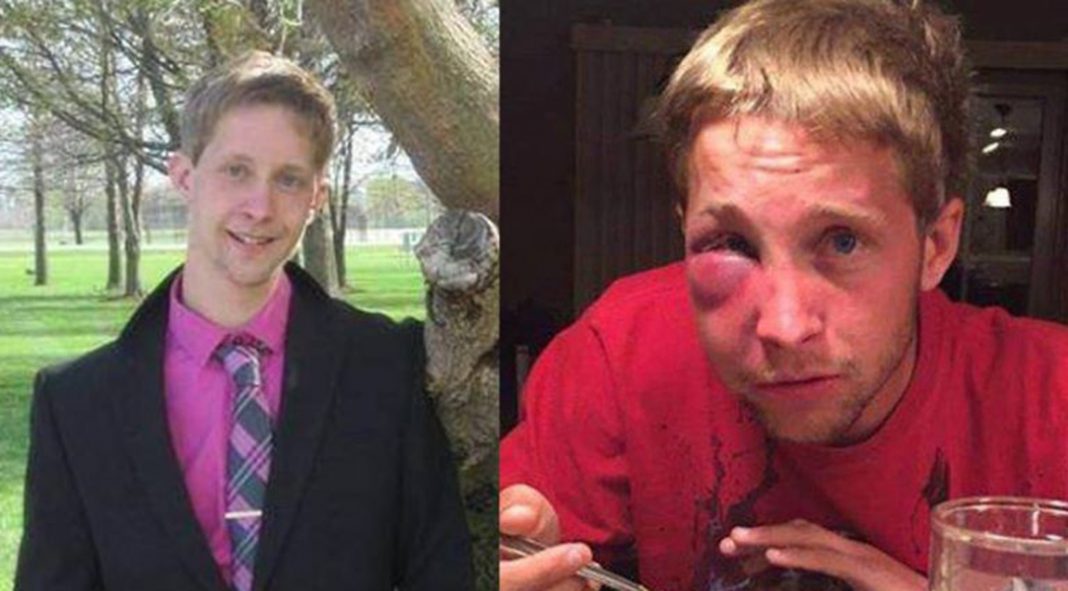 A teenager with Asperger’s syndrome has become the talk of the Internet after heartless bullies beat him up for being different. Gavin Joseph, who recently graduated from high school in New Baden, Illinois, was at an event when a group of people who disliked him because they considered him weird sent one of their number over to him to ask him to go look at something outside. When Gavin got outside, the gang surrounded him and beat him up, causing severe injuries to his face, as you can see in this shocking photograph released recently on Facebook. 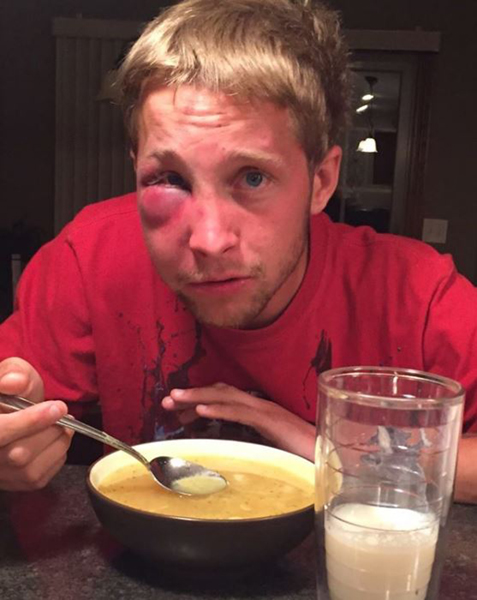 What has amazed people is Gavin’s response to being beaten up. Instead of pressing charges against the gang, he has made a twenty minute video describing what it is like to have the condition, and has requested the gang watch it with their parents to better understand what living with Asperger’s is really like.

Gavin’s mom, Courtnie, wrote on social media that Gavin’s assailants ‘didn’t ask questions, didn’t get to know Gavin, never met him, and didn’t give him a chance to leave. He was called to meet someone, surrounded by people he didn’t know, choked, punched, and left laying on the pavement so he would “learn his lesson”.

Now the tables have turned, and it will be Gavin’s bullies who will have to learn a lesson. 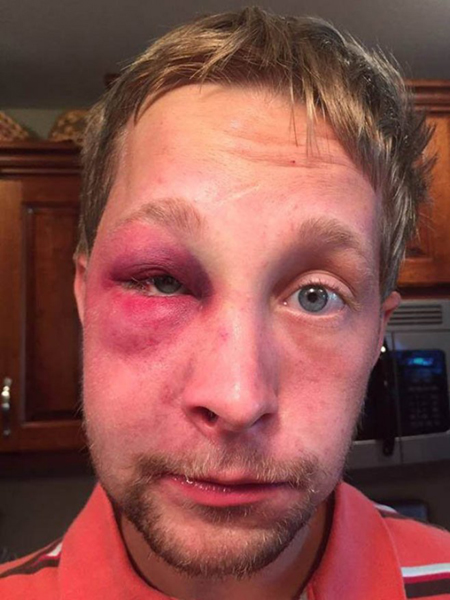 “Gavin is fine,” Courtnie says. “He has a mild concussion, a bruised esophagus, the tip of his nose is fractured, and hematoma in his eye, but nothing permanent. He did not press charges, but requested their community service be disability-related, that they write a paper on Asperger’s, and that they watch a 20 min video statement he taped while their families were present so they could see the damage they did and hear the event from his perspective.

I am so proud of him, and I hope a lesson will come of this to all that hear about it.” 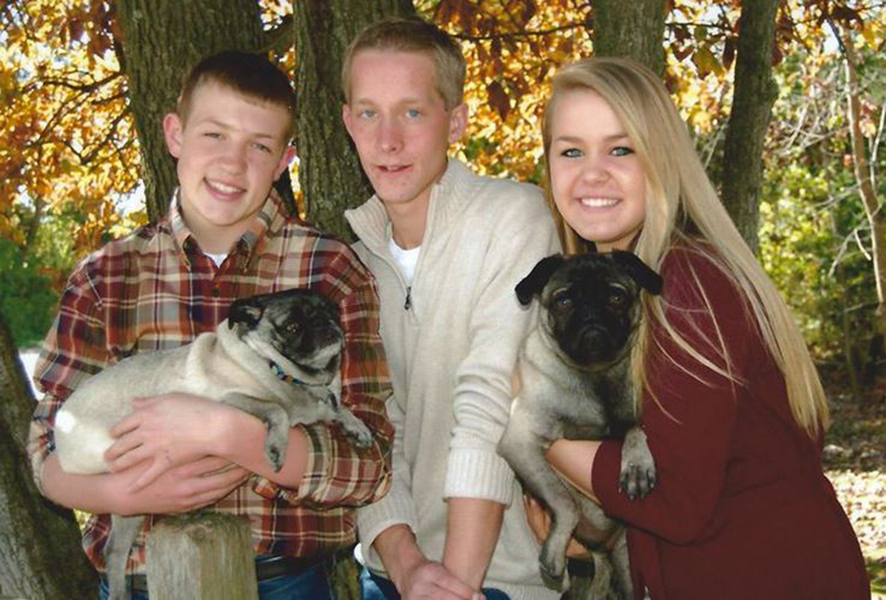 We hope Gavin makes a speedy recovery, and wish him all the very best for the future.