More
HomeLifePolice Officer Comes Across A Homeless Man Slumped On A Sidewalk. What...

Police Officer Comes Across A Homeless Man Slumped On A Sidewalk. What Happened Next Took My Breath Away. 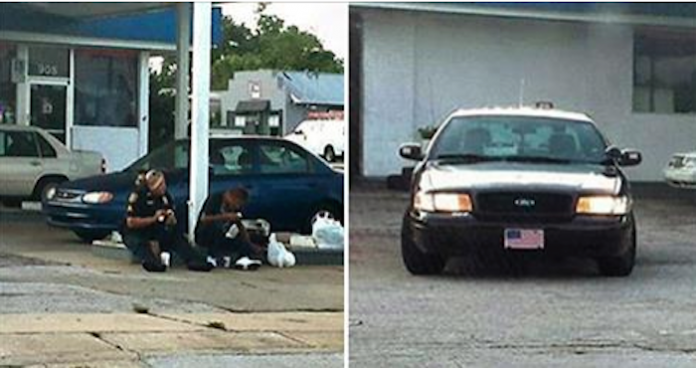 A Florida police officer has become an internet sensation after photographs of her eating lunch with a homeless man emerged. Ten days ago, TiAnna Greene was taking her daughter to Summer Camp when she saw Sgt. Erica Hay sit down alongside the man and hand him some food and a  cup of coffee.

“What really caught my attention was the fact she then pulled out food for herself and started to eat with him. She just seemed very, very comfortable. I got my phone out and started snapping pictures because I was so overjoyed by the interaction.” 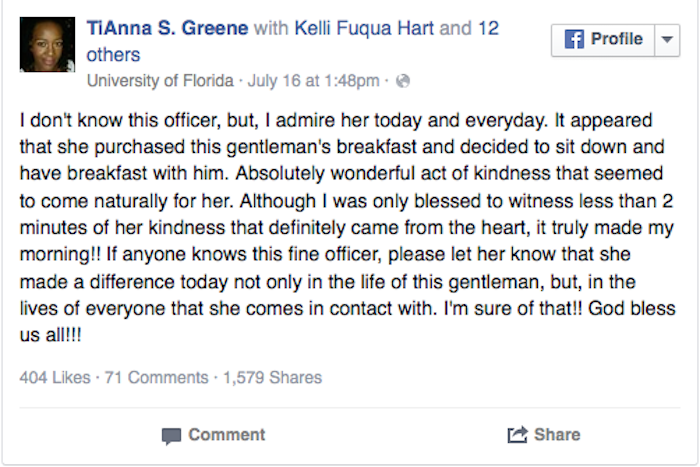 Greene posted the photographs on her Facebook page, and the story swiftly went viral.

“I didn’t know who she was but I really wanted her to know that it touched me and I’m pretty sure it touched that gentleman. I told my daughter, ‘See. That is truly a sign of compassion.’ It really brightened my day, and I actually had several good days after from that one encounter.” 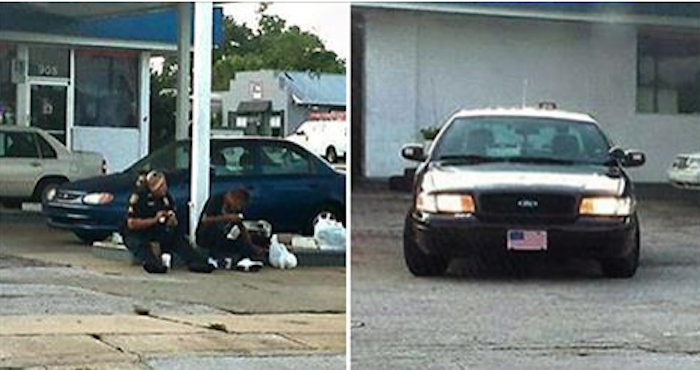 After she was identified from the photographs, Sgt. Hay spoke to TODAY.com.

“We’re not a large community so I know most everybody, especially the homeless in the area, but I didn’t know him. He was just there by himself alone, so I just grabbed food and went back to eat with him. Nobody wants to eat alone. I like eating with anybody.”

“Isolation is the worst part about being someone who is homeless. They’re isolated from everyone, and I think any type of interaction is a positive thing. He was great. He was nice to talk to. He’s got a story, just like everyone else. It just happens to be a sad story.”

When They Start To Dance, They Create A Mind-Blowing Optical Illusion

Now this is how you mess with people's minds! In this mind-boggling dance video...
Life

There are plenty of things you can do in your bedroom. You can watch...
Animals

When a Dachshund And a Pit Bull Breed, They Create A Dog You’ve Just Got To See!

We recently told you about the fantastic dog rescue work being done by the Second...
Entertainment

These Tough Guys Walk Onto The Stage At ‘America’s Got Talent.’ What They Did Next? Wow

When these four guys stepped onto the stage at America's Got Talent, the audience...