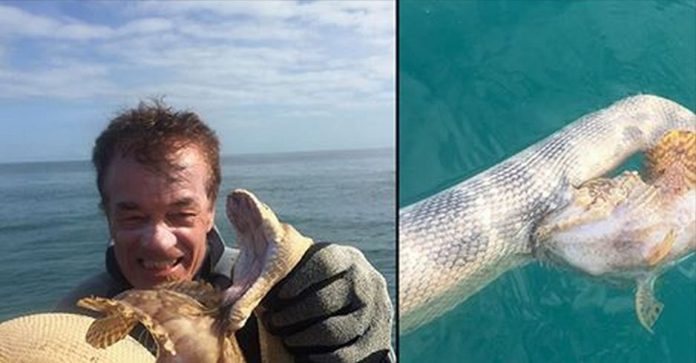 A champion spear fisherman got the shock of his life recently when he came across a venomous sea snake locked in mortal combat with a deadly stonefish off the coast of Port Darwin in Australia. The fisherman, Rick Trippe, came across the remarkable scene you can see below and decided he would step in. 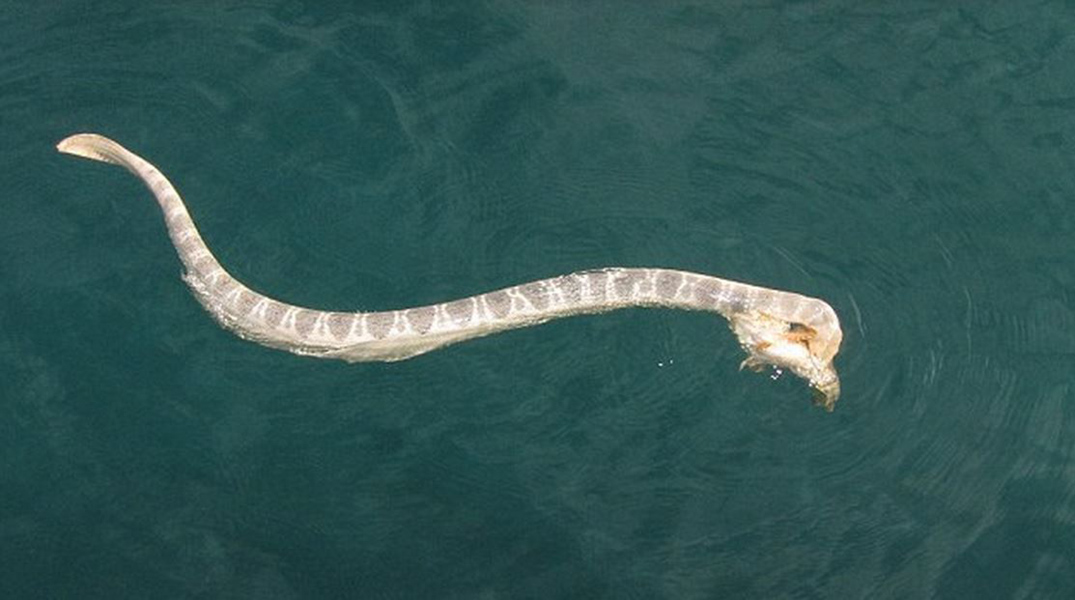 “With curiosity we motored over to find this massive thick sea snake close to two meters long, with a poisonous fish in its mouth,” Rick told the Australian Daily Mail. “The fish had a great hold on the sea snake and both looked very sad. I’m not too sure I’ve ever seen a snake looking sad before.

Being an animal lover, I grabbed the snake just behind the head with serious precaution, knowing that sea snakes are highly venomous. I removed the poisonous fish from its mouth and body.”

But no sooner had the expert spearman separated the two then they locked horns again in a determined battle to the death. 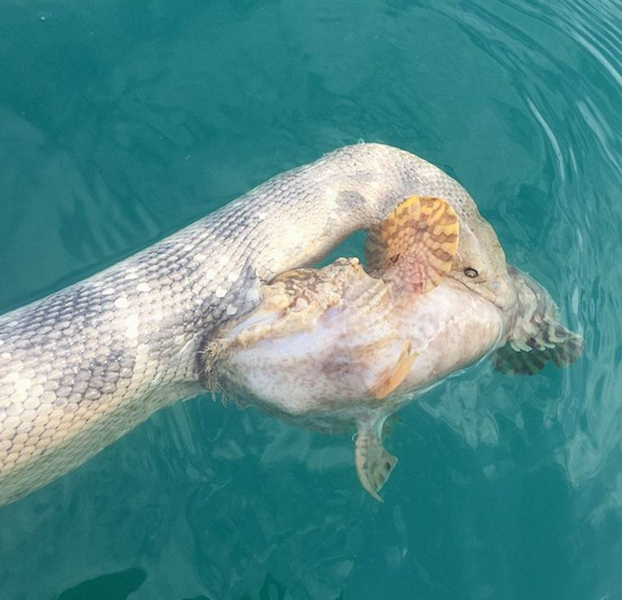 “I then released the now happy snake away from its feed. It was amazing how it sprang back to life and looked so happy the moment I put it back into the ocean,” says Rick. “But moments later, I saw the snake swim around making a beeline for the fish for a second attempt.”

Rick went on to explain that the two venomous species would have died eventually after poisoning one another. 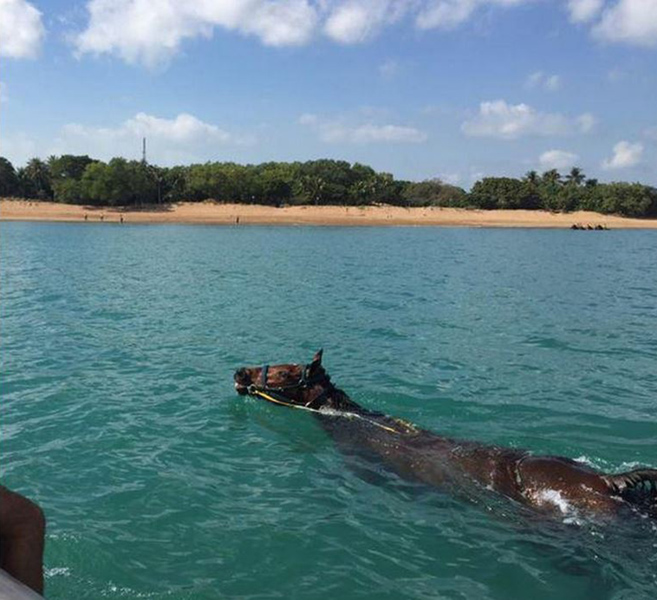 It was better news for this horse, who Rick found struggling in the sea the week before. Unlike in the case of the two battling sea creatures, he was able to drag the horse to safety and save its life. You can’t win ’em all, Rick!

How To Skin a Watermelon For The World’s Coolest Party Trick!

What do you do at weekends if you're a NASA engineer - or even...
Stories

Bloomington, Illinois. It's the third birthday of little Brooklyn Andrade. Her mom is...
Family

The levels of poverty in America are pretty shocking. You'd think for a developed...
DIY

How To Make Your Own DIY All Night Campfire with Just ONE Log!

When you're next out somewhere camping, whether you and your co-campers are outdoors in the woods or just...