More
HomeAnimalsThe Heart-Breaking Moment This Dog Had To Say Goodbye To Her Dying... 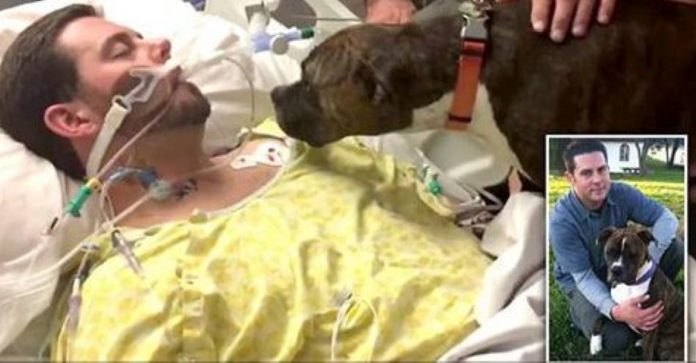 Ryan Jessen had a migraine. It didn’t go after a few days and just got worse. So he saw a doctor about it. Within days he had been admitted to a California hospital with an entricular brain hemorrhage. He did not recover. With hardly any warning his family had to say good bye to him. It was devastating.

Not least for his boxer dog Mollie, who was allowed to come in and say good bye to her owner.

Mom Laurie Ann Hickenlooper Jessen said this after her son sadly passed: “Don’t worry about the dog! We’re keeping her!!! She’s part of the family. Mollie will miss her doggy daddy. As sad as it is to lose Ryan, we know his heart is going to bring so much joy to the family of the recipient.”

“I wish Ryan could know what a difference his heart will make for that young man. We release him, with gratitude, to give the gift of life through the organ donor program to waiting recipients. We have personally, and prayerfully, received much support, for which we are gratefully indebted to each and every kindness. It happened so quickly.” 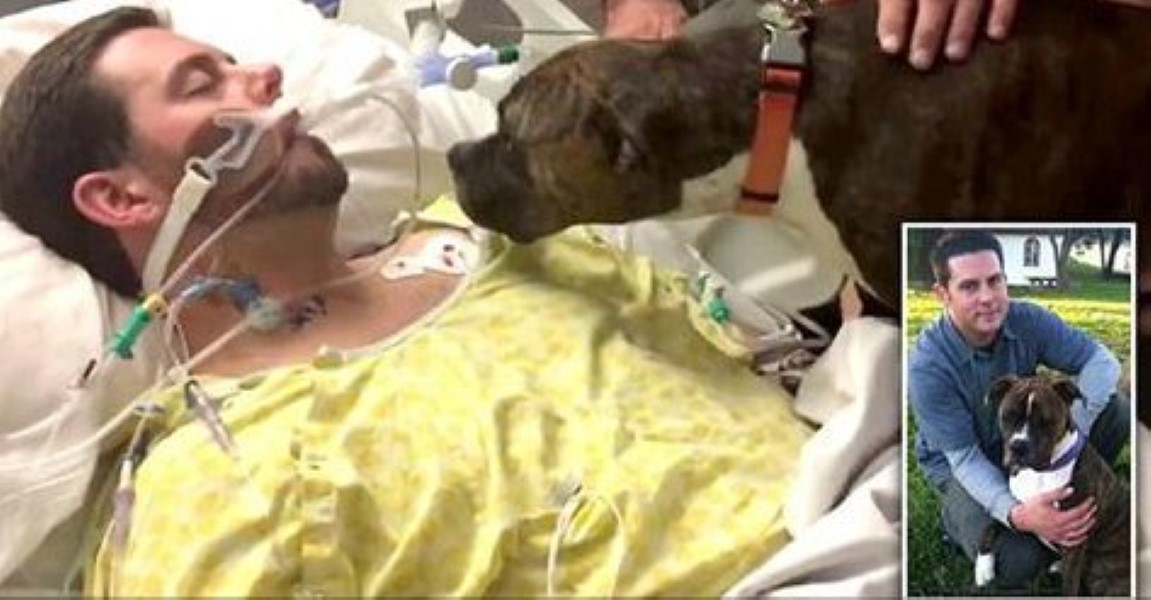 Ryan’s doctors say that Ryan’s brother’s brain hemorrhage may well have been brought on by high blood pressure. His family are convinced that his ‘very high consumption of energy drinks’ could well have contributed. 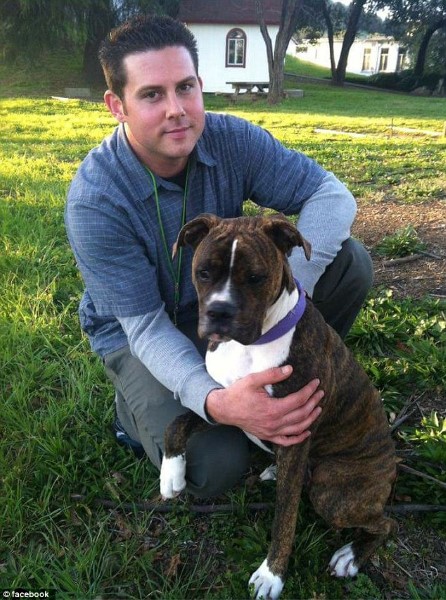 His organs were all donated to others in need and his sister has since confirmed that a dying 17 year-old received her brother’s heart. 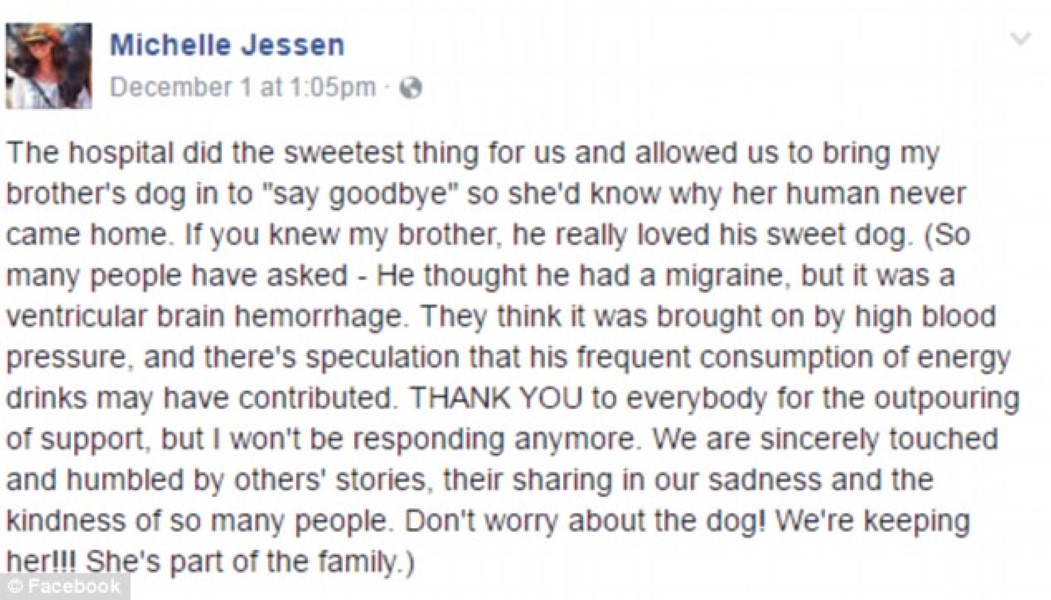 With the Presidential nominations in full swing it seems like we can't escape the...
Life

Dad Discovers His Daughter Lying Naked In The Arms Of A Stranger. Wait Until You See His Reaction!

Parenting is tough. First you have to deal with the sleepness nights and midnight...
Technology

These ‘Booby Trap Bras’ Give Women Quick Access To A Knife

Last year, Jennifer Cutrona was training for a marathon. She was out running in a woodland...
News

UK pharmacy chain Superdrug have an 'online doctors' website and they recently launched a...