More
HomeNewsFind Out Who Built This Mysterious Igloo In Downtown Chicago...

Here’s a weird story for you… An IGLOO has appeared seemingly out of nowhere in downtown Chicago. Cityfolk noticed it late last night, but wider attention was drawn to the ice house, popular with Eskimos, when the pictures hit Reddit today. But there are no Eskimos in Illinois, right? Right.

It appears as though a homeless person built the igloo to keep out the cold (weirdly, although made of compacted ice, they’re surprisingly warm…). It’s ingenious, but there’s no saying how long city officials will allow the structure to remain for.

Four solids walls, a roof and even a little door make the igloo an improvement over sitting out in the elements for its creator. It was assembled on the median over at Upper Wacker and Columbus in downtown Chicago. Here’s what it looks like: 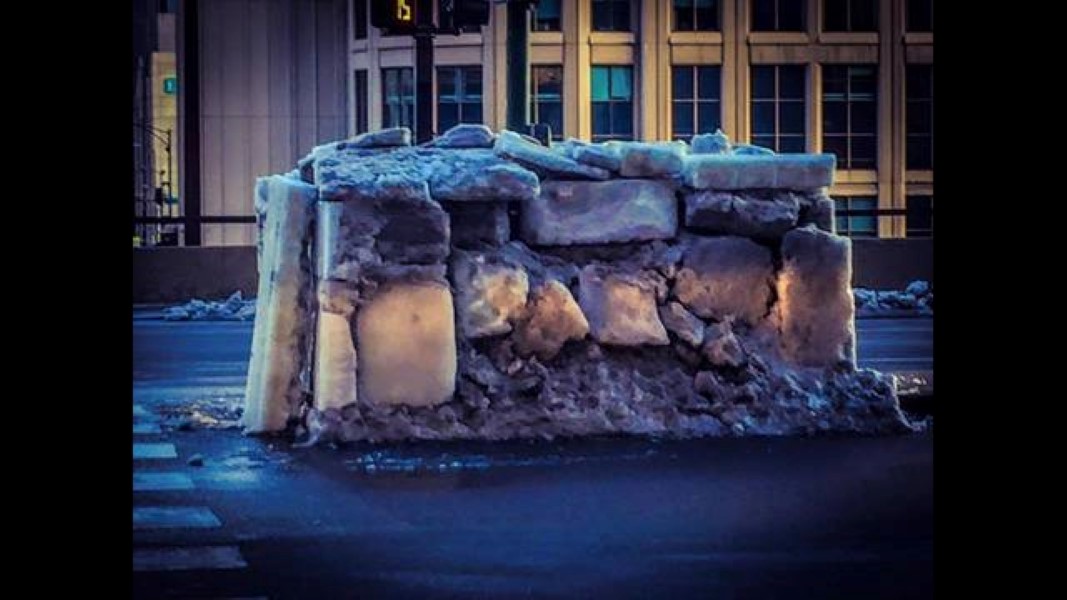 The makeshift is causing quite a stir in Chi-Town…

Here’s a news report on the story:

He Found A Kitten Frozen Solid In The Snow – Then Did Something INCREDIBLE!

When Utah resident Brandon Bingham found a frozen kitten in the snow, he worried...
Family

Having kids is hard work. There's the sleepless nights, the tantrums, adolescence, and then...
News

Man Discovers Weird Woman Secretly Living In The Vents Of His Apartment!

When food goes missing from your fridge, the most logical answer is that whoever...
Animals

Doubt A Crow’s Intelligence? You Won’t After You See This Amazing Video!

Crows are one of the most intelligent species of birds living on the planet...