Daily Digest DISCOVER THE ART OF PUBLISHING
Home Lifestyle I Skipped A Heartbeat Seeing This Deadly Snake, But After A Closer Look? Shocking! 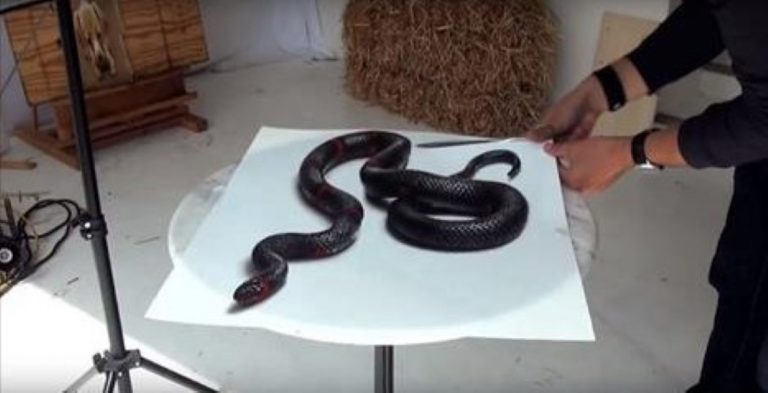 Stefan Pabst doesn’t mind getting up close and personal with tarantulas and deadly snakes. But he’s not a zoologist or anything. Far from it. He’s just an artist. Bnd his spiders and snakes aren’t real. Though they certainly look it… He’s a 3D artist. And arguably the world’s best. It’s called the ‘trompe l’oeil‘ (‘trick of the eye’) technique and it really needs to be seen to be believed.

These 3D drawings are insane. You’d seriously never realize that you were looking at a piece of artwork. They’re ultra realistic. We love them here. Russian-born Stefan moved to Germany aged fifteen and began drawing at just five years old when he began copying images from an old bible.

He was a natural and, thankfully for us, he never stopped drawing. He’s since honed his skills to such a point that he is now a full-time artist and is beginning to find fame for his awesome artwork. Check out some of his best work – and how he does it – here: