More
HomeTechnologyIt's The Future... The Flying Car Is FINALLY Here!

It’s The Future… The Flying Car Is FINALLY Here!

Flying cars. An unfathomable notion that only exists in science fiction? Or a potential reality? Well, Chinese tech company Ehang claim the latter. Their new prototype flying ‘autonomous single-passenger drone‘ has just been unveiled and it could led to us all buzzing around the sky like George Jetson!

We’ve seen personal helicopters before, but nothing to this scale. But before you start screaming, ‘Take my money!’, you need to realize that – should the Ehang 184 make it into mass production, it’s not perfect. In fact, it can only actually manage 23 minutes on a single charge at the moment… But still – it’s pretty cool.

“It’s a fully autonomous flying machine,” says EHang’s Chief Financial Officer Shang Hsiao. “After we launch it at CES,” he says, “the goal is to do the commercialization within three to four months.” Which is pretty darn exciting, huh? That said, don’t get too excited – until you’re mega rich. These things are due to set you back at least $300,000. 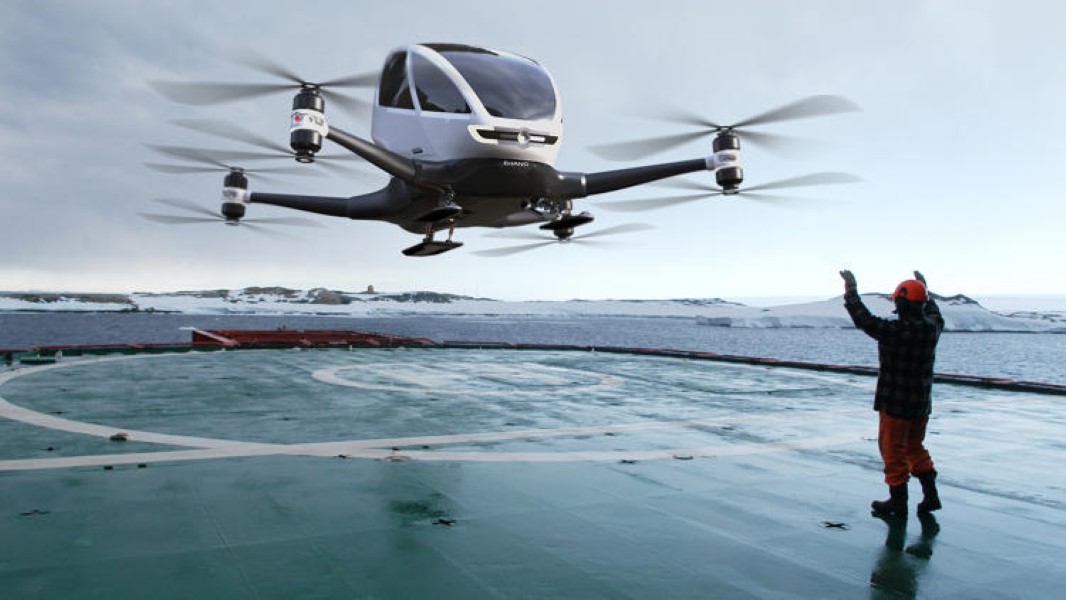 Meet Choon Tan, One Of The World’s Smallest Bodybuilders… At 4ft 10in

She Cuts Into Her Bra With Scissors. The Reason Why? GENIUS!

Ray Lee is an American vlogger who spends half her life coming up with...
Sports

Player Yells At Disabled Opponent. What Happens Next Makes The Crowd Go WILD

The news is full of negative stories at the moment. Indeed, it can often...
Entertainment

We're always told never to judge a book by its cover, aren't we? And...