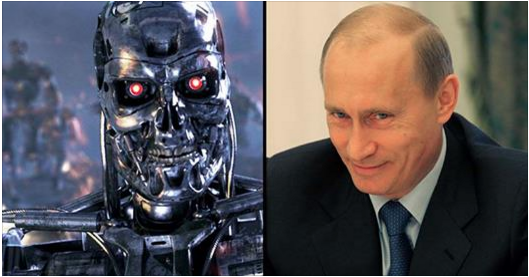 Meet Ivan, the newest and most high-tech invention in Russia to date created in order to compete with other world superpowers such as China and the US. According to the Russian newspaper, Komosomolskaya Pravd, Ivan is said “to replace the person in the battle or in emergency areas where there is a risk of explosion, fire, high background radiation, or other conditions harmful to humans.”

The paper also added, “The development of a special military robot is one of the priorities of military construction in Russia.” which shows us that they’re pretty damn serious about this. At the moment, Ivan is controlled via a remote, but what the future holds is uncertain. Perhaps the Terminator look-a-like will be able to function independently.

To date, Ivan is able to drive a car and mimic humans precisely and this isn’t the only initiate the country is investing in. They are currently putting their resources in other technological warfare including aerial drones, tank drones, and robot-controlled military vehicles. Scary thought?