More
HomeStoriesFedEx Takes To Twitter To Reveal Fate Of Bad*ss Employee Who Saved...

A few days ago, there was a confrontation between a FedEx worker and a group of student protesters. The students were protesting the election of President Trump, as well as his signing of the executive order banning individuals from 7 countries from entering the United States – even those who have legal residency. However, the FedEx worker felt that the mob went too far when they set fire to the Stars and Stripes. 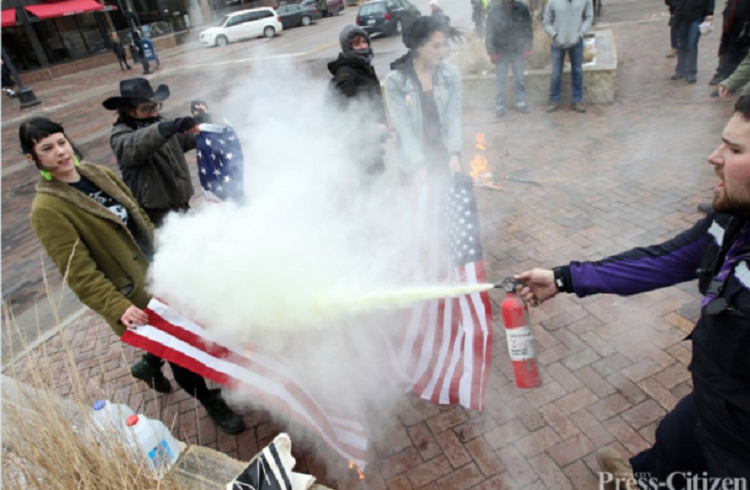 The man snatched back the flag, and attempted to take it back to his van. When the protesters set alight another flag, the man runs back with a fire extinguisher and tries to put it out. At this point, a scuffle breaks out between the two groups.

Some social media users suggested that FedEx should fire the man, whilst others say he should be offered a reprieve because he was severely provoked. The company sided with the latter, and took to social media to confirm that the man, Matt Uhrin, would not be facing any disciplinary action.

We have reviewed the matter in Iowa City involving driver Matt Uhrin. He remains a FedEx employee & we have no plans to change his status.

Watch footage off the incident below…

Happening now: a confrontation on the ped mall as people burn an American flag as protest. pic.twitter.com/aPkMdls6oQ

101 Year-Old Grandma And Her 96 Year-Old Sister – The Funniest Comedy Duo Ever?

Just because older people are advancing in years, that doesn't mean they're boring or...
Health

107 Year-Old Man Reveals The Trick To A Long Life Is FOUR Bottles Of Wine A Day!

He Stops Everyone In Their Tracks. But Watch This Girl Sneak Up Behind Him And Do THIS!

To be sure, it certainly WAS a happy St. Patrick's Day for anyone who...
Animals

Alaskan Fisherman Feeds A Big Flock Of Bald Eagles… But When The Camera Pans Left? WHOA!