More
HomeStoriesBride Has KILLER Response When Jewelry Store Staff Laugh At Her 'Cheap'... 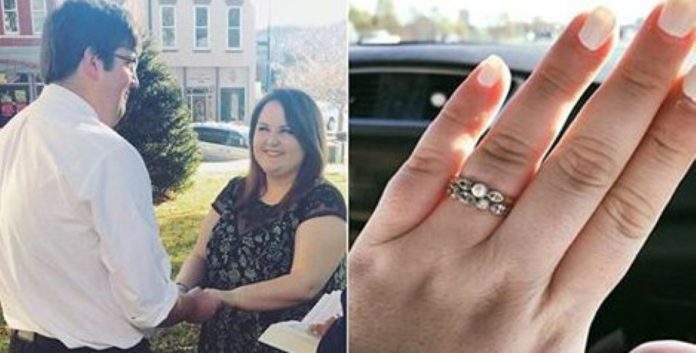 Ariel and Quinn McRae are both 22 and both in love. They’re getting married and were out shopping for wedding rings together recently near their home in Tennessee. They’re both just starting out in their careers and so aren’t exactly rolling in cash. So they were on a budget. They wanted something pretty, but not too pricey… So they went into Pandora.

But it was to be an upsetting experience for them both after one staff member said something truly unpleasant. But Ariel’s reply on Facebook? Set the record straight and we love it!

The two of them were buying cubic zirconium and sterling silver rings when they heard one of the people working there say this:

‘Can you believe that some men get these as engagement rings? How pathetic.’ 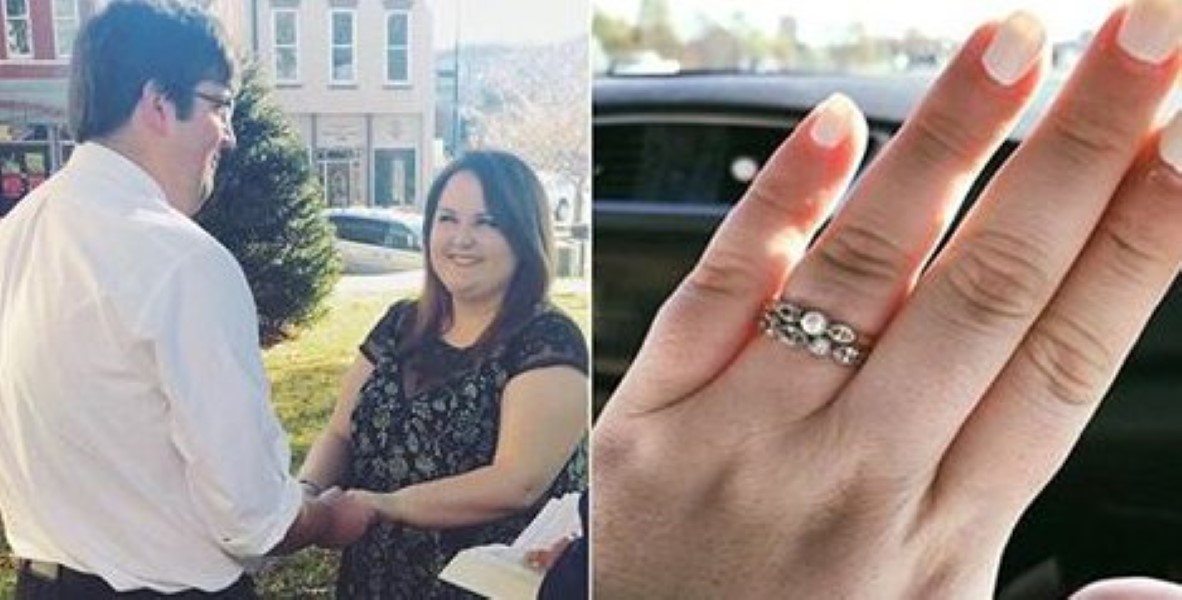 Here’s what Ariel said on Facebook in full and it’s pretty powerful stuff:

‘My husband doesn’t have a lot, neither of us do. We scrape and scrape to pay bills and put food in our bellies, but after almost 2 years of dating we decided that we couldn’t wait anymore, so we didn’t.’

‘I wasn’t even thinking about rings, I just wanted to marry my best friend, but he wouldn’t have it. He scraped up just enough money to buy me two matching rings from Pandora. Sterling silver and CZ to be exact. That’s what sits on my ring finger, and I am so in love with them.’

‘While we were purchasing my rings however, another lady that was working there came over to help the lady selling them to us. She said, “Y’all can you believe that some men get these as engagement rings? How pathetic.” When she said that I watched my now husband’s face fall. He already felt bad because he couldn’t afford the pear-shaped set that so obviously had my heart and covered my Pinterest page.’ 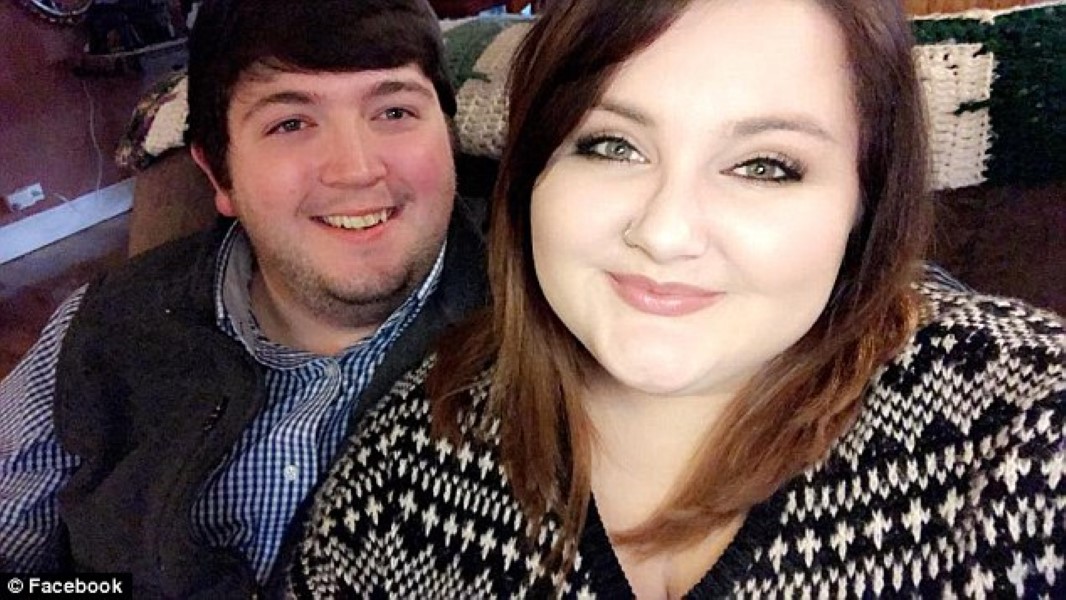 ‘He already felt like a failure, asking me again and again “Are you sure you’ll be happy with these? Are you sure this is okay?” He was so upset at the idea of not making me happy enough and of me not wanting to marry him because my rings didn’t cost enough money or weren’t flashy enough.’

‘Old Ariel would have ripped that woman a new one. Mature Ariel said, “It isn’t the ring that matters, it is the love that goes into buying one that matters.” We bought the rings and left.’

‘Y’all I would have gotten married to this man if it had been a 25¢ gum ball machine ring. When did our nation fall so far to think the only way a man can truly love a woman is if he buys her $3,000+ jewelry and makes a public decree of his affection with said flashy ring? Sure they are nice, sure the sentiment is wonderful and I’m not trying to cut down any of your experiences, but when did it come to all that? Why do material possessions equate love??’ 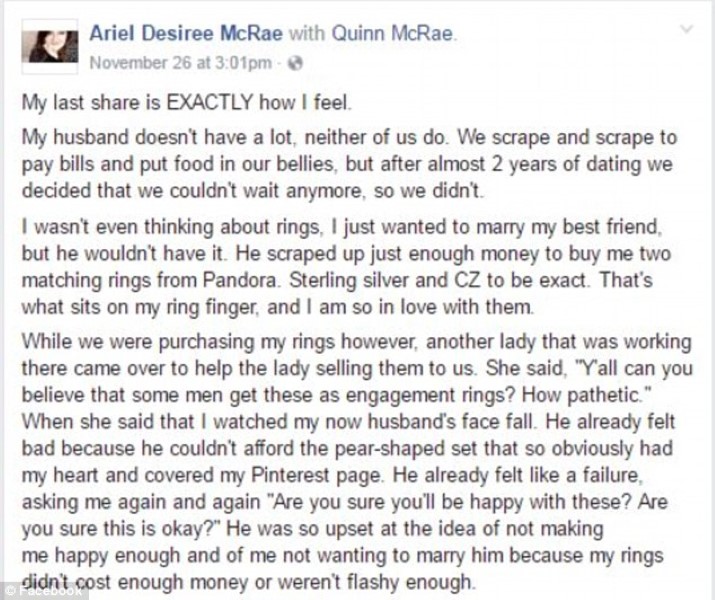 ‘But here I am though, Court-House married, $130 ring set, the love of my life by my side and happier than I could ever imagine.’

Well said! And we totally agree. We hope that the staff member responsible for those nasty comments feels ashamed of themselves. And we also wish the happy couple the best of luck with their wedding!

Ronda Rousey Responds To US Marine’s Invite To The Ball

In a video that's now been viewed more than four million times and has...
Lifestyle

A lot of us ignore the fact, but a good night's sleep is incredibly...
Entertainment

She stands with her back to the audience. Now WATCH her legs when she spins around — WOW!

A champion spear fisherman got the shock of his life recently when he came...