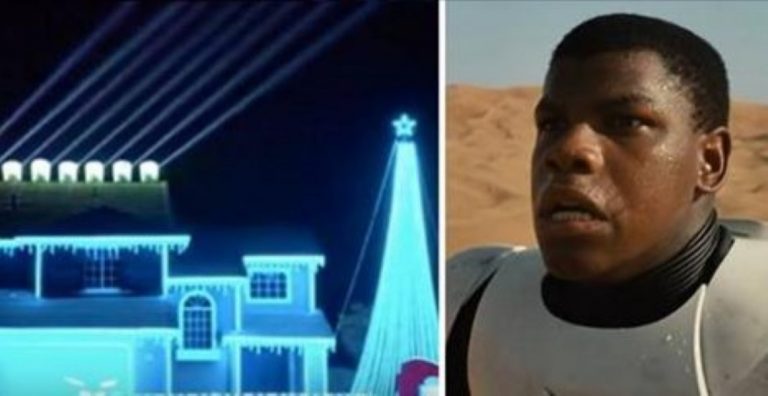 California. A huge Star Wars and Christmas fan has combined his two main loves and decided to come up with something that’s guaranteed to make any sci-fi or festive fan’s day… A Star Wars Christmas light show! Now, we’ve seen some cool light shows before here, but nothing as awesome as this. The Force is strong in this one…

It’s the handiwork of YouTuber ‘TomBetGeorge‘ and he says this about his brilliant George Lucas-inspired work: “A big shout out to the best neighbourhood ever (I’m actually using my neighbours’ lawn if you haven’t noticed). They are all wonderful people and I’m glad to be a part of the community. I am careful not to hit any windows the lights, of course, and only run the show Fri-Sun from 6-9 (6-8 on Sundays).”

The light show doesn’t come cheap, though. The electricity required for each show cost up to $80 a night! So he relies on donations for neighbors and anyone who drives on past to watch. Any money that’s left over he sends on down to a homeless shelter in the nearby area of Tracy, California.

Have a look for yourself!