More
HomeAnimalsDon't Freak Out Here But Scientists Claim Octopuses Might Be... ALIENS!

Don’t Freak Out Here But Scientists Claim Octopuses Might Be… ALIENS! 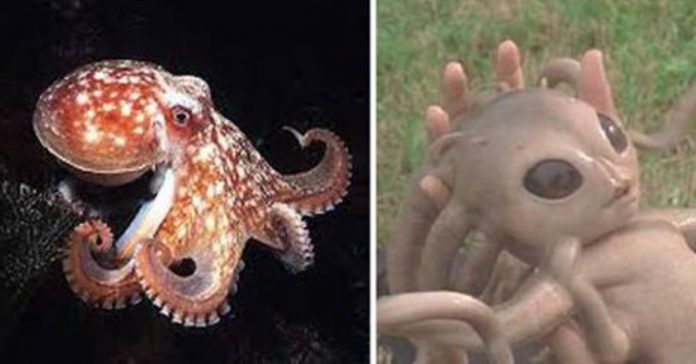 After a comprehensive study of their DNA and genetic make-up, scientists are now saying that octopuses (it’s not ‘octopi’, okay?) are basically aliens… Yep, really.

Mapping of the cephalopod genome sequence for the very first time shows that the eight-legged sea creatures have 33,000 protein-coding genes. That’s a huge number more than us humans – who claim to be the most impressive and complex animals on the planet.

Their DNA also seems to be infinitely more complicated than any other species, with what’s known as ‘jumping genes’. The new studies are encouraging researchers to effectively label the octopus as ‘alien’. 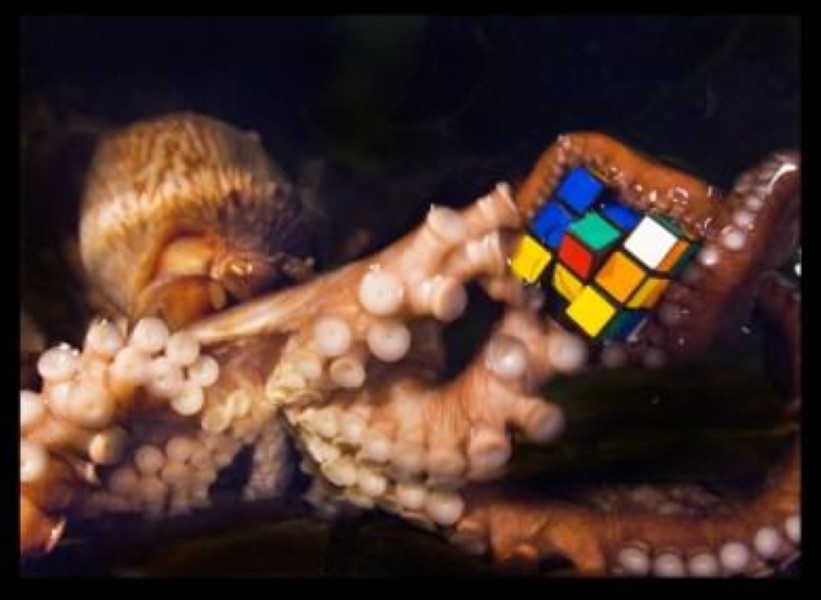 “The octopus appears to be utterly different from all other animals, even other molluscs, with its eight prehensile arms, its large brain and its clever problem-solving abilities,” says American marione biology researcher Dr Clifton Ragsdale, from the University of Chicago. 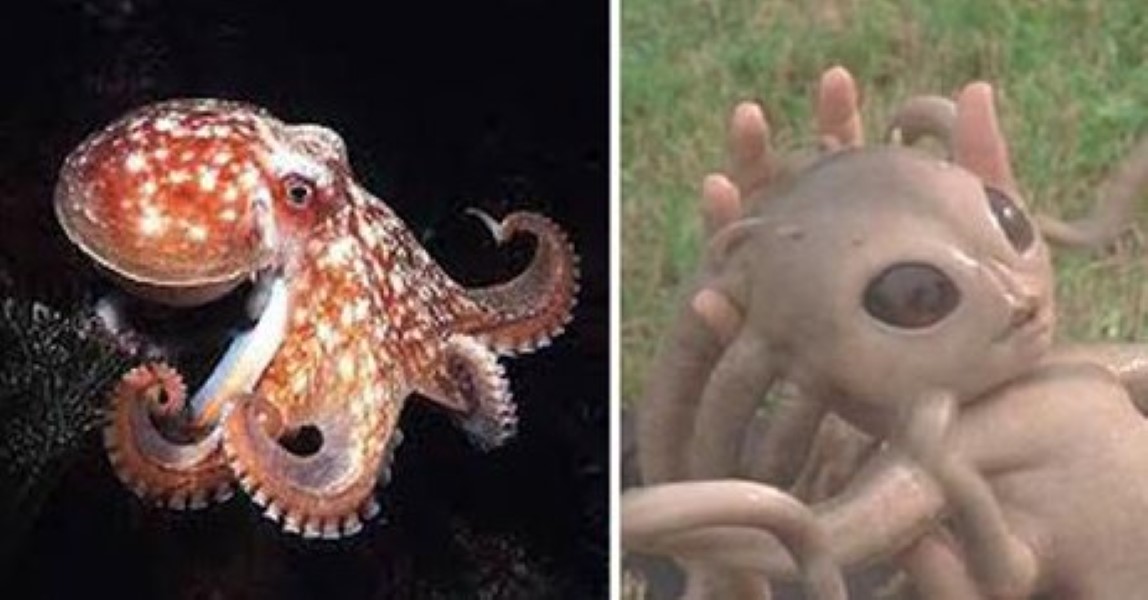 In-depth analysis of twelve different tissues from different octopuses revealed hundreds of octopus-specific genes found in no other animal whatesoever. It seems that many of them are highly active in structures such as the brain, skin and their suckers.

We always knew they were weird…

When this group of teenagers from Elkhart County, Indiana, were preparing to go to...
Stories

These Triplets Are Best Friends With The Garbage Men, And It’s The Cutest Thing Ever!

Meet one of the most unlikely friendships of all time. 2 year old triplets, Holden,...
Fun

Happy Guy Dances to ‘Uptown Funk’ Like Nobody’s Watching… And The Crowd Loves It!

Uptown Funk by Bruno Mars and Mark Ronson. What a song. An absolute runaway smash...
News

Matthew Avedian. A tough guy Marine with a bald head and enormous beard. The...