Daily Digest DISCOVER THE ART OF PUBLISHING
Home Animals Gorilla Sees Pictures of Other Gorillas On A Cellphone… And Goes Bananas! 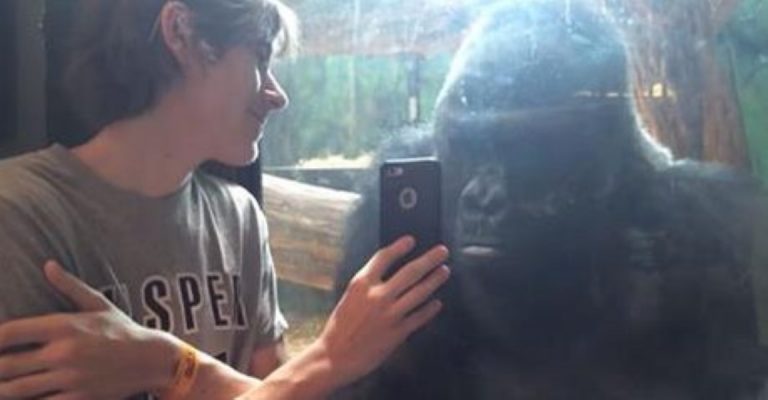 Western Lowland Gorillas are an endangered species. So they’re not all that used to seeing one another. Okay, this primate here from Louisville Zoo lives in a gorilla enclosure with others of his own kind, but it’s still a weird thing for him to see other gorillas. And especially on a cellphone!

His reaction to the gallery of different snaps, shown to him by a young visitor to the zoo, is just priceless! The gorilla getting the private showing is called Jelani and he’s known as somewhat of a gentle giant to zookeepers there at Louisville Zoo. He’s inquisitive and friendly and that really shines through in this adorable video.

You can see how quickly Jelani learns. See how impatient he becomes… soon he’s urging the young lad showing his the snaps to move to the next one with a sideways motion!

Think that was cute? Then how about this video of an orangutan kissing a pregnant lady’s bump?!