Daily Digest DISCOVER THE ART OF PUBLISHING
Home Entertainment Four Navy Sailors Strike A Pose But When The Fifth Guy Starts Up, The Fun Really Begins! 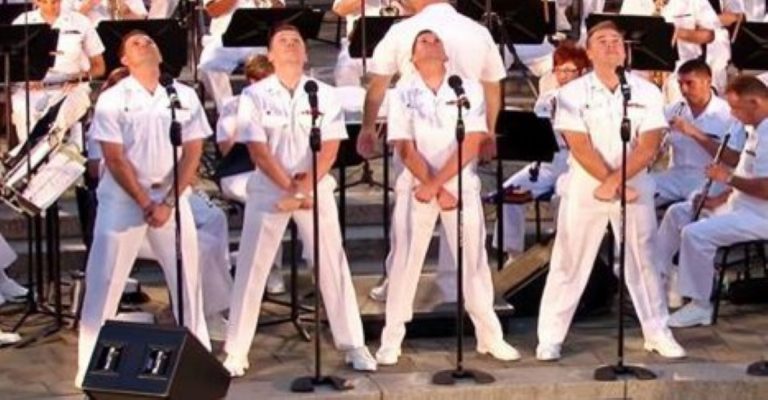 You’re about to watch an amazing performance from The United States Navy Band at the Concerts on the Avenue series at a U.S. Navy Memorial Service. In it, the talented singer-sailors treat the crowd to a selection of catchy tunes from the hit jukebox musical Jersey Boys. And it looks like such a fun thing to have seen!

Who knew that so many members of the US Naval Service were so tuneful, eh? The Four Seasons songs covered by them include “Big Girls Don’t Cry”, “Sherry”, “December 1963 (Oh, What A Night)”, “My Eyes Adored You” and “Rag Doll”. What a great bunch of tunes, huh?

They’re no laughing stock in the Navy, either. In fact, these singing sensations are hugely popular! Navy officials even say this about them: “Throughout their history, the Sea Chanters have remained true to the Navy’s watchwords of pride and professionalism, and they continue to flourish as a vibrant ensemble.”

See what all the fuss is about right here…