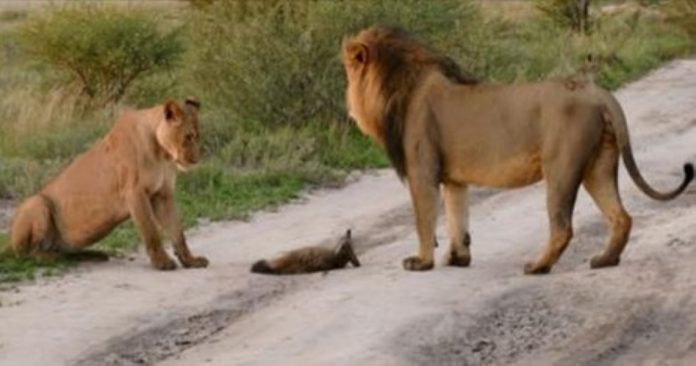 The Central Kalahari Game Reserve in Botswana. An injured bat-eared fox gets lost and accidentally stumbles into the path of two fully-grown lions. It’s too sick and weak to run or attempt to fight back. Things don’t look good for the animal. But something incredible happens…

The male lion spots the fox and waits patiently, anticipating a tasty – if rather easily caught – spot of lunch. He approaches the fox, knowing that he’ll put up very little fight. It’ll be like taking candy from a baby. Or will it???

Only as the male lion attempts to take the fox away, he’s met with stiffer competition than he thought. But not from the fox. A nearby lioness reacts angrily to the lion’s poaching. She’s not going to let him take the fix without a fight! 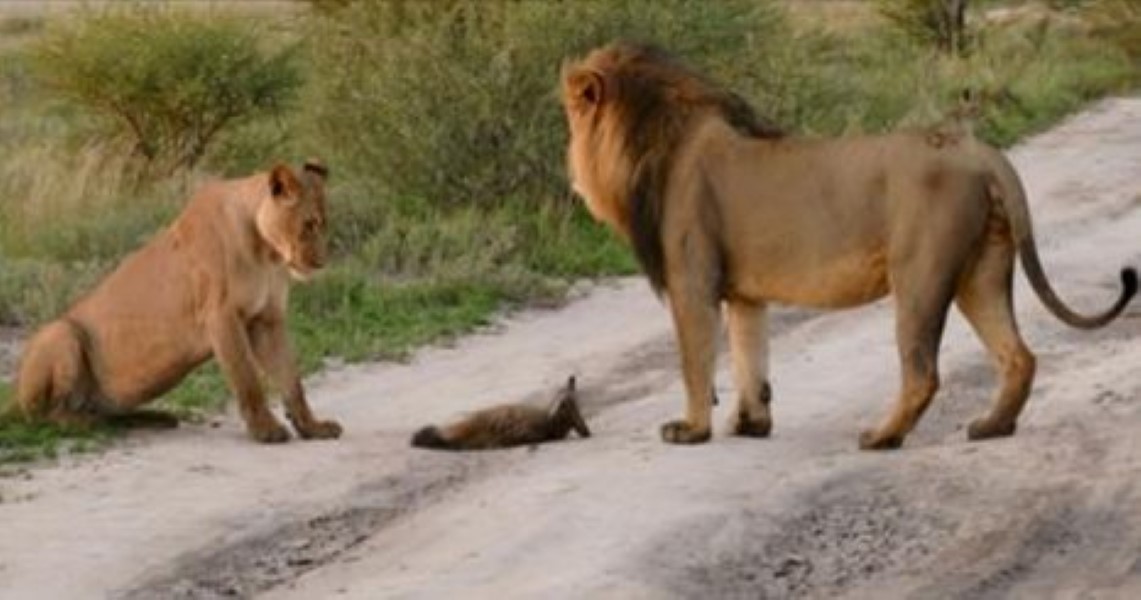 But it’s not because the lioness fancies the prey for herself and her cubs, oh no. It is, instead, her motherly instincts which are preventing her from allowing the lion to eat the injured fox. She sees her young in the wee fox and has decided that its her duty to protect it. And she does! 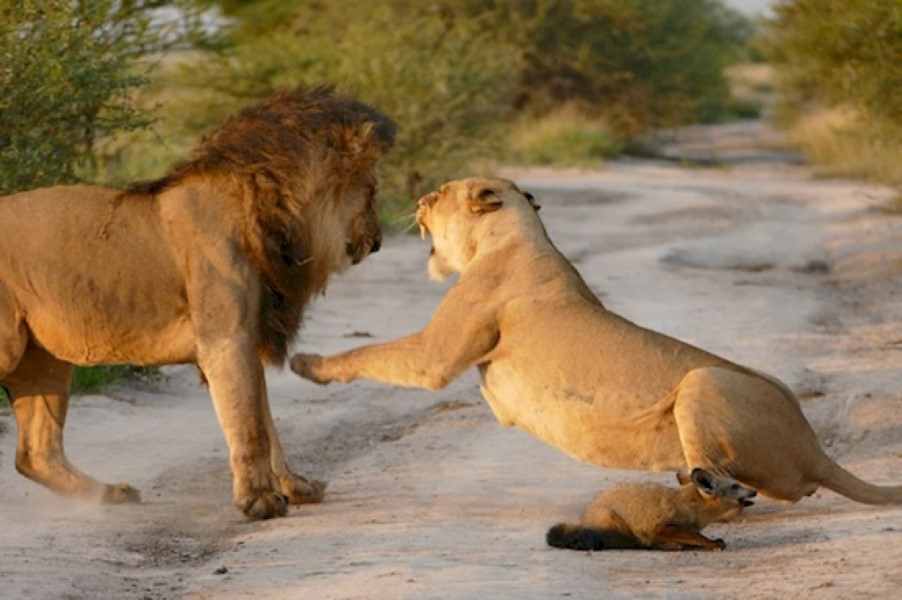 The lion is not easily dissuaded, but when the lioness puts herself and her cubs in the way and basically lets the lion know that he’s in for a lot of work for a small meal, he soon gives up. 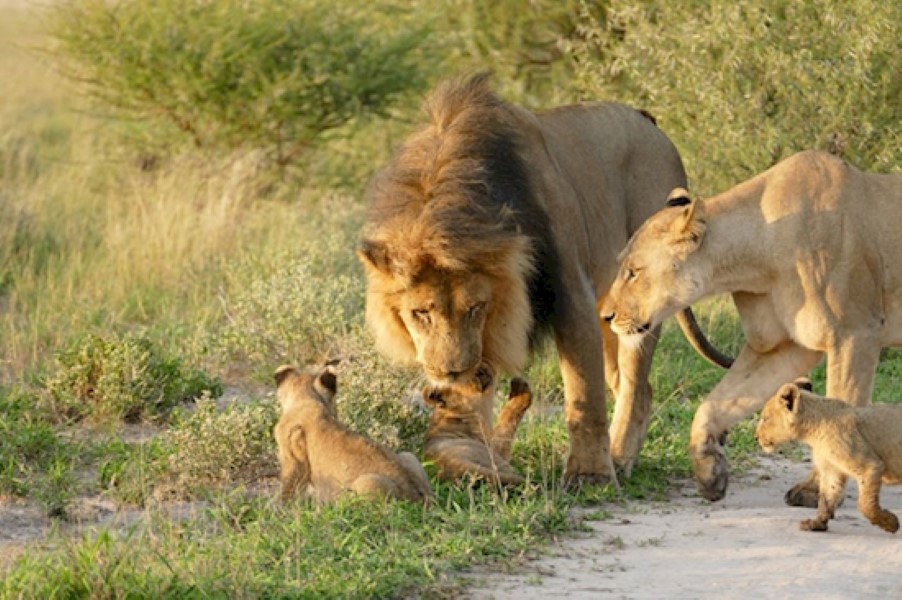 The lion leaves, hungry. The lioness – pleased with events – settles back down. And the injured fox? After some licking down from his adoptive mom, he eventually scoots away to finds his own pack (or ‘skulk’ as they’re officially known). What a sweet story! 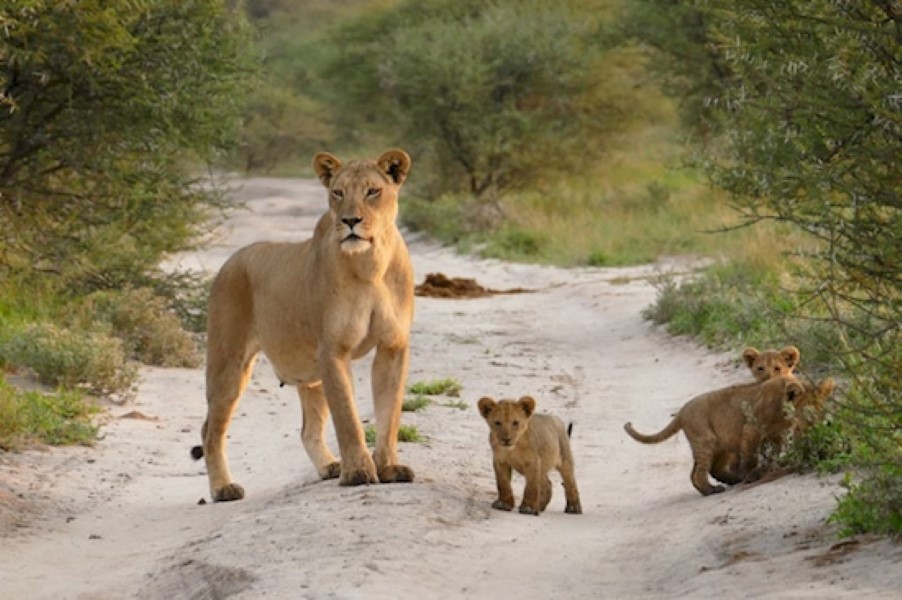 This Multi-Instrumentalist 7 Year-Old Has Just Recorded Something AWESOME!

The music video you're about to watch showcases the incredible talent of a young...
Animals

Meet The Golden Retriever Who Has Some Very Unusual Friends!

To Fit All His Kids On His Knee At Once, This Dad Built a Special ‘3 Kid StoryTime Chair!

Hal Taylor is a dad and a carpenter. A devoted father, nothing gives him...
News