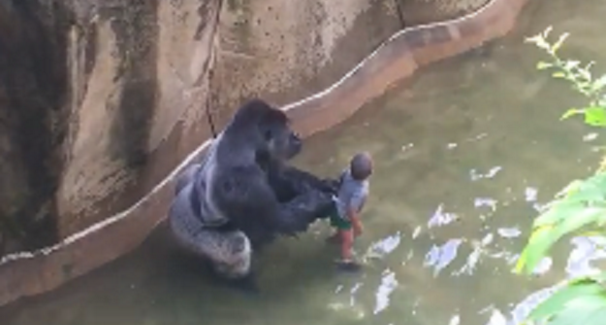 In case you missed the news concerning a beautiful and majestic gorilla being shamelessly killed at a zoo in Cincinnati a few days ago, read the full story here.

In a shocking update about Harambe, the four-year-old’s mother is now being accused of causing the ruckus as she was aware of the little boy’s desire to enter the moat with the gorilla inside. (read more about the accusation towards the boy’s mother here).

In a new development however, footage has now been released and it shows what everyone had been speculating the entire time. In the video, we see Harambe actually holding the young boy’s hand and showing absolutely no aggression towards him at all.

This new video has caused more controversy as more people believe that Harambe’s death was senseless and unnecessary – this footage proves that fact.