Outrage Directed At Parents In Harambe The Gorilla’s ‘Senseless Death’ 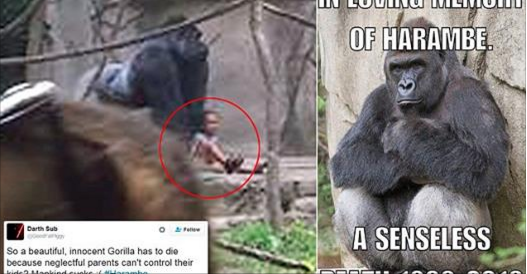 A zoo in Cincinnati has recently been all over the news because of a traumatic and tragic incident that took place yesterday. A young boy, aged four, reportedly crawled through a railway barrier only to find himself in a moat with three gorillas. One gorilla, Harambe, picked up the young boy and dragged him in the water to which authorities made the decision to shoot the poor animal in an attempt to save the boy’s life.

Now, fingers are being pointed at the child’s parents. According to bystander, Kim O’Connor, the boy asked his mother if he could go in the water – to which the mother, who was looking after several other children at the time, replied, “No, you’re not, no, you’re not!”

The zoo authorities took it upon themselves to shoot Harambe, rather than tranquillize him, as they say the tranquilizer would have taken a few minutes to kick in, perhaps causing fatal consequences for the child.

Now, people are taking to social media to call Harambe’s death a murder and that the young boy’s mother is the one to blame. It was also said that Harambe was merely protecting the boy from the loud screams and that his death was senseless.

Fans of Thug Life Videos commented on the situation by saying:

While a reader of the Daily Digest said:

Readers of The Thug Bible added:

Primatologist, Julia Gallucci, talked about the incident in an interview with the animal-rights group, PETA, saying: “Yet again, captivity has taken an animal’s life. The gorilla enclosure should have been surrounded by a secondary barrier between the humans and the animals to prevent exactly this type of incident.” 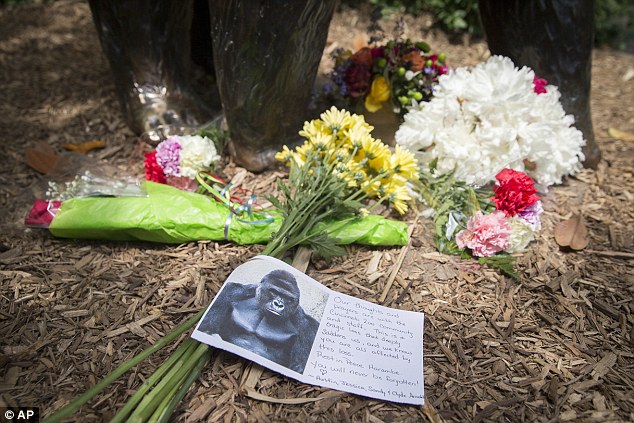 In a shocking update, Harambe is seen nurturing the young child and showing no aggression towarsd him at all. See the footage here.

A beautiful life was taken too soon. RIP Harambe.

Former SAS man and survival expert Bear Grylls is a fan of testing his...
Social Experiments

What Happens When People Are Rated On Their Success By Their Loved Ones?

In this engaging new social experiment from 9GAG.TV, people are asked to rate their...
News

Amazing Footage Shows a Shaolin Monk Running On Water For An Incredible 410ft!

Shaolin monks are famed for their fighting skills and unique talents. One thing you...
Entertainment

Matt Damon’s In AMAZING Shape In The New Bourne Trailer…

Can you believe that it's been fourteen years since the first Jason Bourne movie?...