More
HomeFamilyDoctors Tell Her To Say Goodbye To Her Husband. But After The... 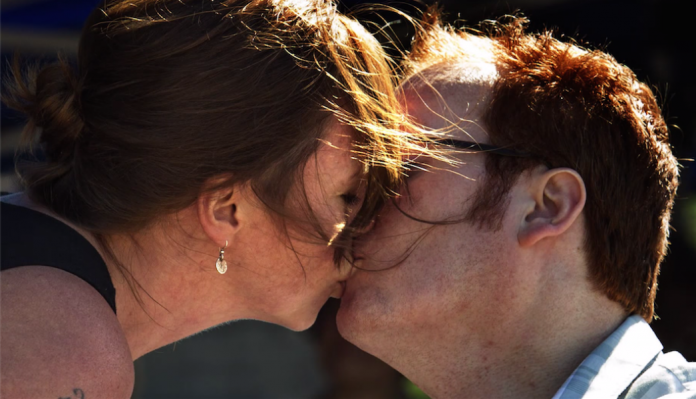 Not long after his 37th birthday, Scott Hawkins suffered a severe stroke due to a brain aneurysm that was caused by an Arteriovenous Malformation. His family were, understandably, shocked. His condition worsened to the point where doctors expected Scott to die. At one point – after he suffered a heart attack in his hospital bed – they even suggested that his wife Danielle might like to ‘say her goodbyes’.

But Danielle refused. She refused to say goodbye and she refused to give up on her husband. Why? Well, because of a kiss… 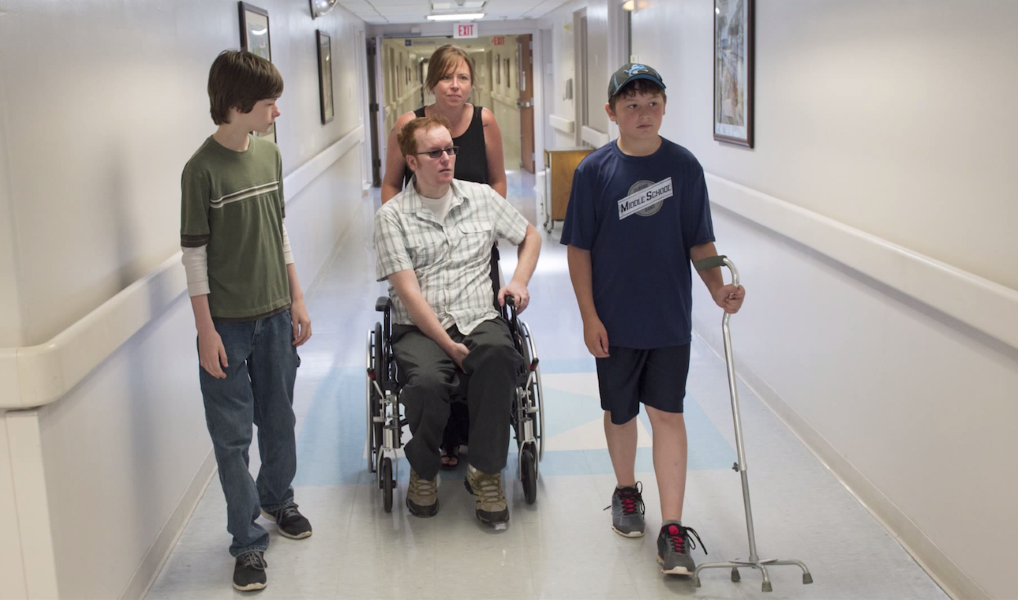 “They lost him for a few minutes,” Danielle told reporters. “He had loss of oxygen. They told me to let him go. I wasn’t sure if it was real or not, but I didn’t say goodbye, because every time I kissed him, he kissed me back.”

It was the kissing that kept her going. She wouldn’t give up on her love. And it paid off. After some weeks of pulmonary rehabilitation and rest, Scott was eventually weaned off of his ventilator and he soon started to breath all on his own again. He was getting better.

Soon, he’d be able to talk to his loving wife again. 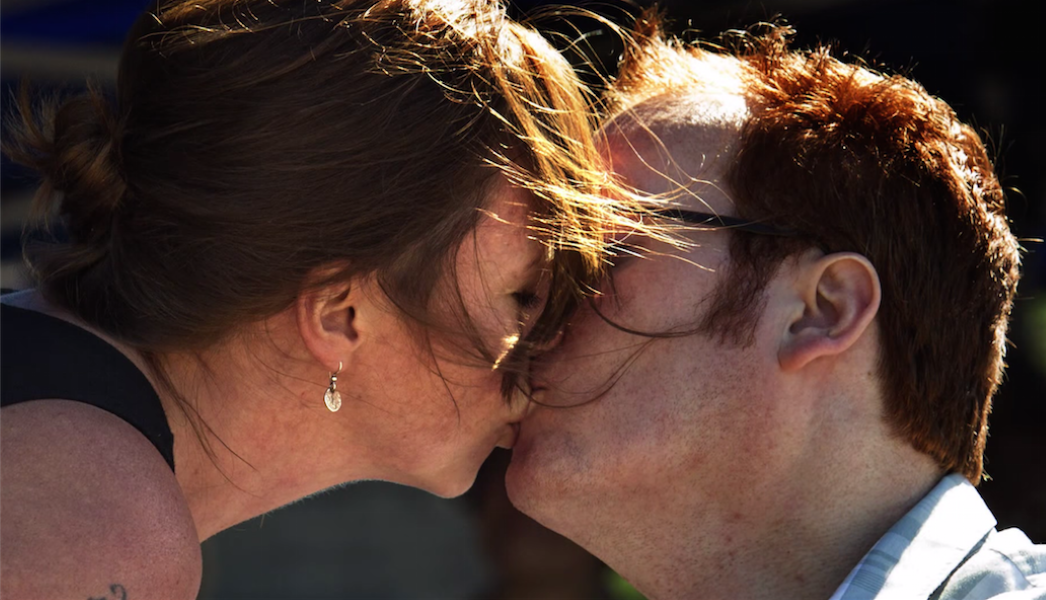 “I covered his trach and he started talking to me,” she says. “The first words were, ‘I love you,’ the second, ‘get me pain medication.’ Then, when the doctors asked him, ‘what are you playing?’ he said, ‘an instrument.’ The doctors started to believe in us.”

Pretty soon even bigger improvements were being made and Scott was allowed to move to a recovery, rehabilitation and nursing center in Michigan. 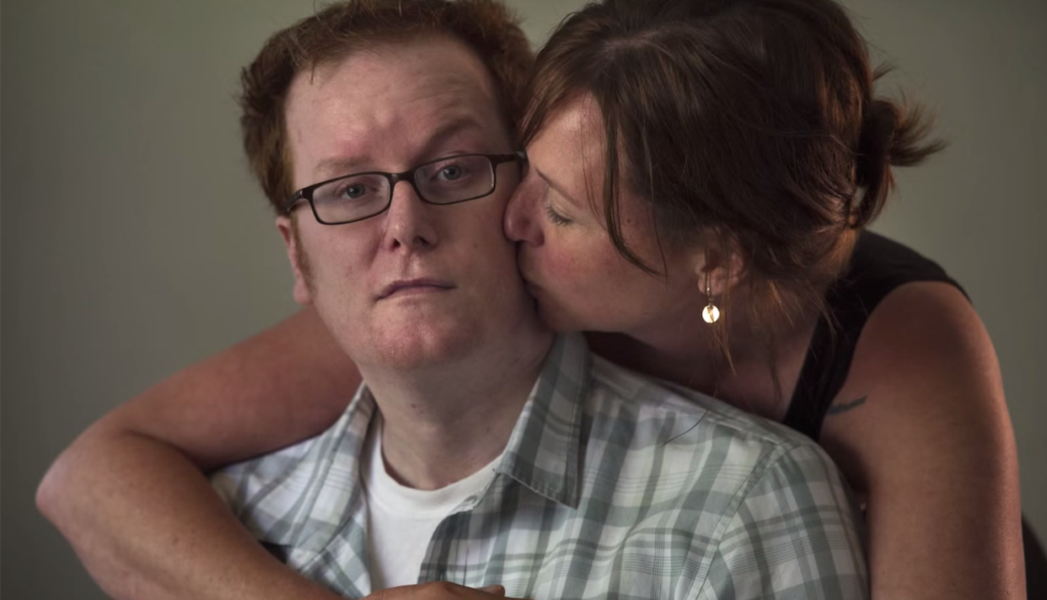 Four months later and Scott is back at home with his loving wife and four beautiful children. He’s settling back into things and has even picked up his old guitar again…

“Even when they told me to call the family that first night, I just never felt it,” she says. “I never believed he would die. I always had this picture of him walking with a cane. He’s playing guitar again. He plays the drums. It used to be he couldn’t swallow. He had a feeding tube for nine months, but now he can eat anything he wants.” 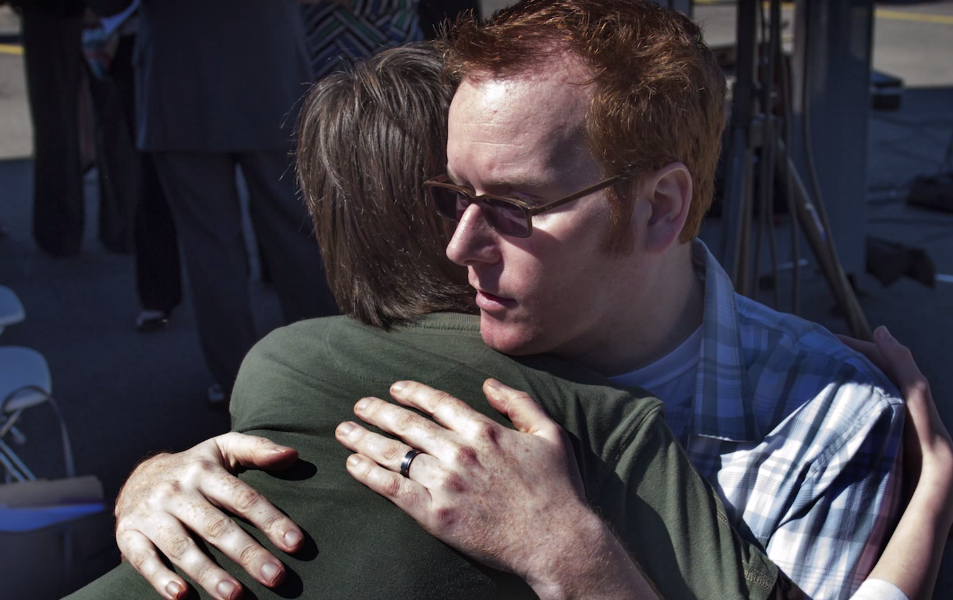 There’s still a long, hard road ahead for Scott, Danielle and the family. But the Hawkins just know they’ll be alright. With true, pure love and a fighting spirit – they continue to live life and be happy.

INSANE Couple Hang a Crazy 2,700ft Off a Cliff Over Rio De Janeiro!

He Was Totally Shocked When He Saw What His Daughter Learned In School… It’s PRICELESS!

If you've got young children or you ever look after friends' or relatives' young...
News

Now, we don't know about you, but we don't watch all that much Danish...
Family

There’s A SECRET Special Message Here… Just Watch The Girl In The ‘A’ Shirt!

Christmas, as we all know, is a very special time of year. It's a...