More
HomeFamilyComedian Hits Back After Man Is Trolled As 'Pedophile' For Bathing With...

Comedian Torben Chris has a brand new one man show out now and in it, he deals with some pretty weighty issues. Including the idea that to shower or bath with your kid, as a dad, is somehow wrong. He admits to bathing with his daughter and was shocked to hear a fan complain he does the same and receives abuse about it. So Torben decided to post his own photo of him in the bath with his daughter in protest and explain a few things as he sees them…

“Someone told me that he had been accused of paedophilia by a stranger because he bathed with his two-year-old daughter. Another had been warned on his “urge” towards paedophilia, because he had shared a picture of a French braid on his 11-year-old daughter’s bare back on social media. If we couldn’t stand to see each other naked we’d be born with clothes on.”

“There was even a father whose wife thinks it was inappropriate, if your daughter sees her father urinate. Listen: children and adults can be naked together. There is nothing wrong with a father who washes his daughter’s bottom and vagina when she’s a child. On the contrary, it is bloody disgusting if nobody does it, and unfair if only the mother does it. Nudity with your child’s not gross, but natural. A father in the shower with his daughter’s not paedophilia, it’s fun.”

Most replies to Torben’s latest post have been positive, with comments like this appearing: “Amen! I would almost go so far as to say, as a parent, you must bathe with your child. Children need to see a naked body, see it naturally, how different bodies can look and how right it is… Otherwise we will end up with a totally disturbed generation who think everyone looks like a model without clothes on.” 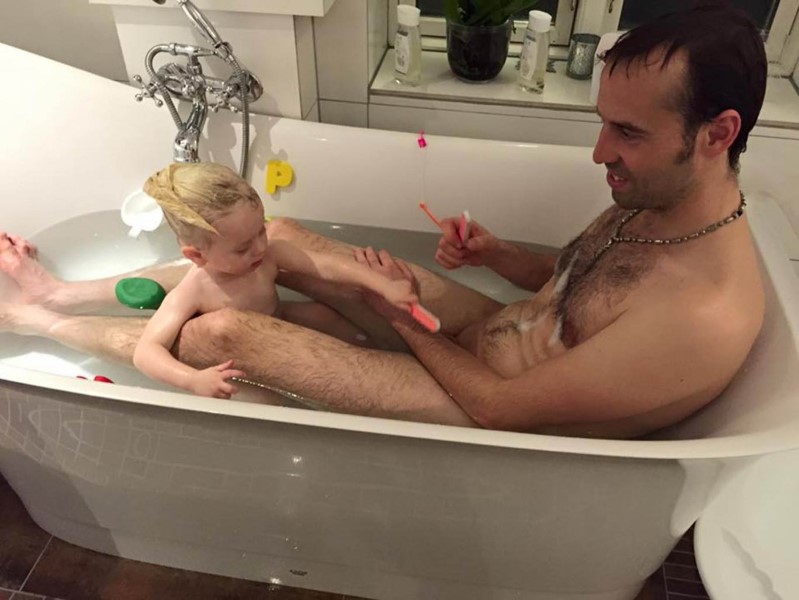 But some people disagree. Here are just two of the angry comments the picture received on Facebook:

“The only person who isn’t thinking straight is you and your types!!!! You’re sitting there with your legs spread out in front of a two-year old girl. Doesn’t it feel wrong??”

“Was there not a single time where it felt wrong for the child?? Who on earth says your daughter wants to see you like this?? Poor child!!!”

What do you think? Is it perfectly normal and natural? Or should parents – especially fathers – be careful with nudity around their young children?

What do you want for Christmas? Have you got a list? Are you asking...
Health

'My baby has a rash'. It's a frequently Google term for parents across the...
Life

How Much Is Bear Grylls Worth? The Answer Will Definitely Shock You!

Not that long ago, we told you all about former SAS survival expert and...