Daily Digest DISCOVER THE ART OF PUBLISHING
Home Fun The City Wouldn’t Let Him Build His Garage… But What He Does Instead? INGENIOUS! 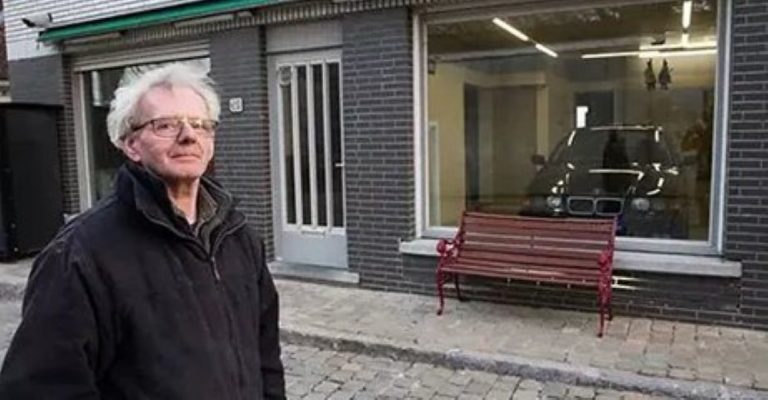 Zegelsem, Belgium. Retired store owner Eric Vekeman doesn’t like being told what to do. Especially for no reason. His home country is one which is permanently blighted by red tape, bureaucracy and unnecessary law making. It’s the epitome of the Nanny State. It’s something which has always irked Eric, but he’s normally just accepted it. Until now.

He applied to the powers that be to get himself permission to build his own little garage for his beloved BMW. But what do you know? The government rejected his application. But Eric wouldn’t let it rest. He decided to come up with an even better idea which really sticks two fingers up to the pen pushers!

He spent just 500 Euros on some work to turn the front of his old shop into a garage that isn’t technically a garage. With a few clever alterations and modifications, he can now drive his car in and out of the old grocery store and there’s not a thing the state can do about it!

Let’s just hope no one parks outside that window, eh?!