More
HomeStoriesThis Waitress Wrote Something On a Check; When She Checked Facebook Later?...

This Waitress Wrote Something On a Check; When She Checked Facebook Later? STUNNED! 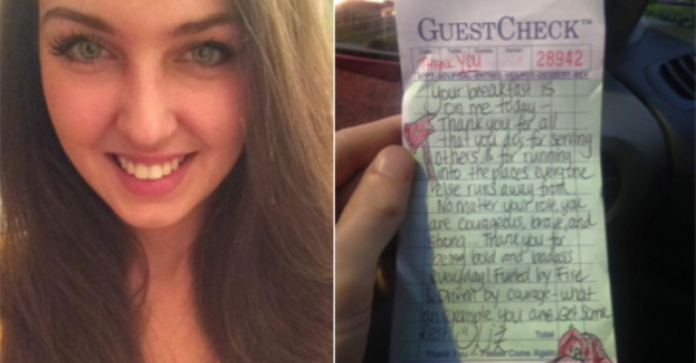 Paul Hullings and Tim Young are firefighters from New Jersey who work hard. Putting out fires and rescuing people is tough work. And thirsty work. So, after a particularly tough twelve hour shift recently, they headed to their favorite coffee shop to order up two extra large Americanos. It was around 6am. As they waited for their drinks, they discussed the massive fire they’d been dealing with that night. It was the talk of the town and they were right in the middle of it.

Liz Woodward, the barista, overheard their conversation. She soon returned with their drinks. And eventually, their check. As they checked it before leaving, they were shocked to see this… 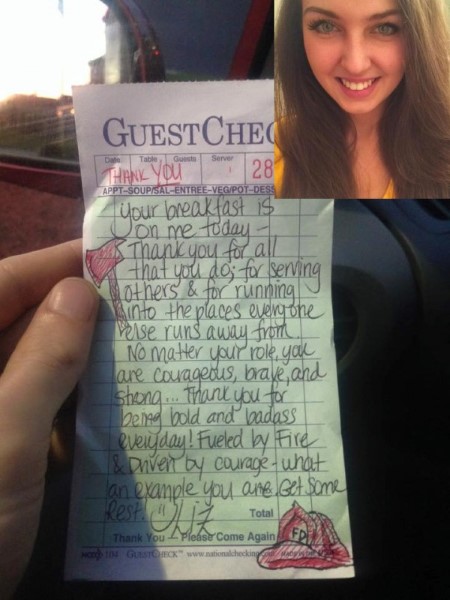 Touched by Liz’s supportive message and the gesture, they both thanked her and headed on their way, buoyed by the selfless act of kindness. On Facebook, Tim left a message on the page of the coffee shop: “Such a selfless and kind act. I definitely urge my friends to make a trip out and support the business, and if Liz happens to be your waitress, tip big.”

After her shift, Liz checked her Facebook and was pleased to read the message. But the story get better… 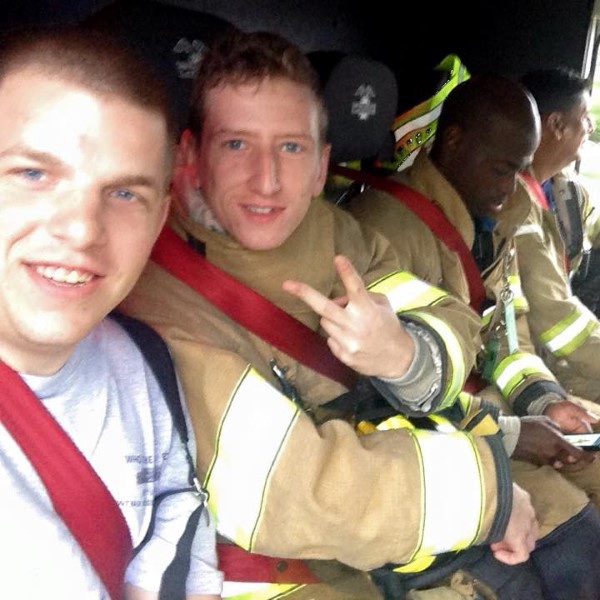 The firefighters found out that Liz’s dad is a paralyzed quadriplegic and has been wheelchair-bound for five years. They saw that Liz had set up a crowd-sourcing donation page to raise funds for a specially-adapted car. So they set up a little campaign to help raise funds for it. They said “Turns out, the young lady who gave us a free meal is really the one that could use the help…” 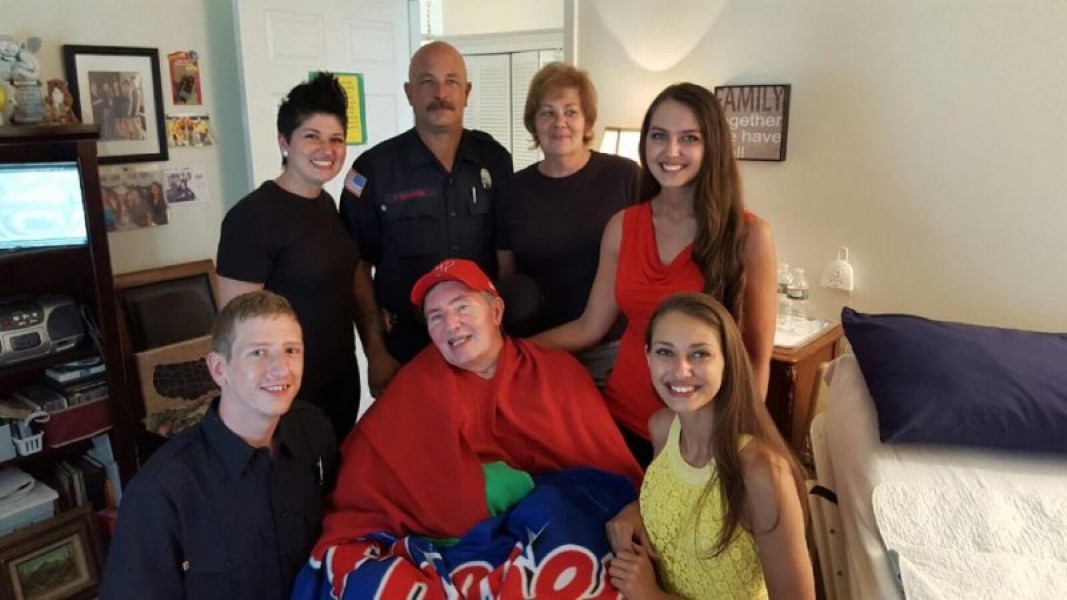 “All I did was pay for their breakfast”, says Liz. “I didn’t expect anything more than a smile,” says the waitress “It goes to show that you just have to be kind to each other and that even the smallest gesture can change a life.”

Hundreds Attend Funeral Of Forces Vet With No Family

Lancaster, Kentucky. Hundreds of people turned out for the funeral of a local man....
Life

To make sure that cars are as safe as possible on the roads, regular...
Entertainment

Adele and James Corden are two of the United Kingdom's biggest exports. The two...
News

Saved African ‘Witch’ Boy Who Was Left For Dead By His Parents Has Just Started School!

Danish charity worker Anja Ringgren Loven, is without a shadow of a doubt, a...