Many young boys and girls get part-time jobs to subsidize their pocket money. For many in the western world in might be delivering newspapers before school or washing cars at the weekend. A few bucks here and there to help pay for school things and candy and whatever else they need or want.

But in Northern Iraq, one little boy has taken a job on outside of school hours that’s shocked the world… He’s a gunsmith! 12 year-old Omer has decided he wants to pitch in and help the family business by assisting his dad whenever he gets the chance by getting stuck in repairing weaponry for soldiers fighting ISIS. 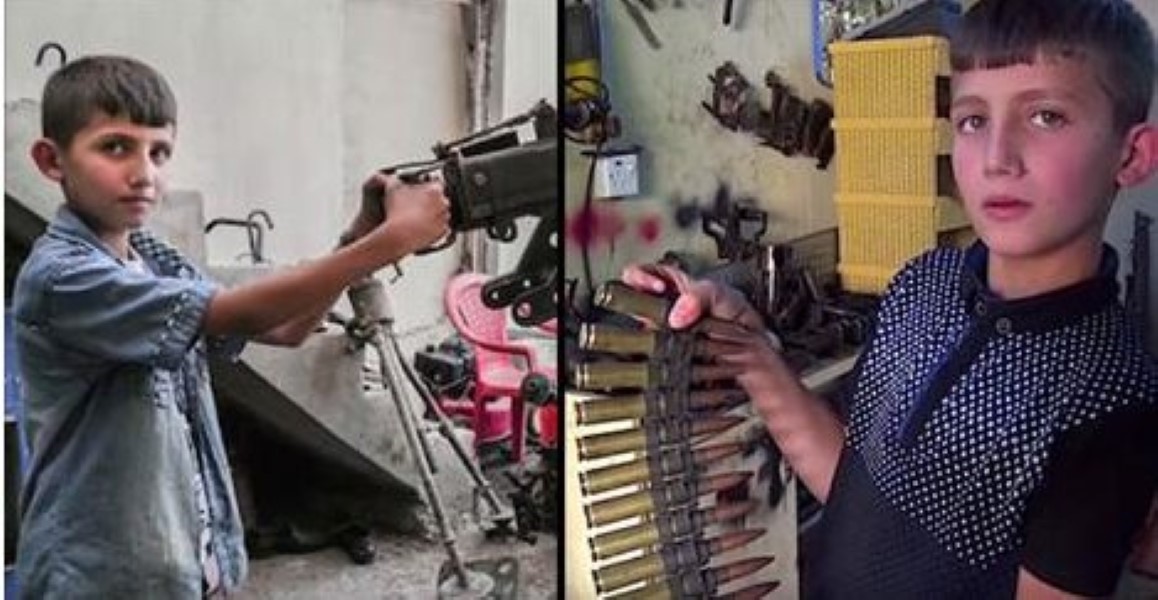 Omer said this of his involvement in the family business at such an early age:

“I work with my father daily, I help him. We repair DShKs (heavy machine guns). Daesh (Islamic State) came here, I want to help the Peshmerga. I do not want Daesh to control Kurdistan.”

When He Saw This Black Bear In Danger, He Put Himself At Risk To Save It… What a Guy!

Every now and again you hear a story which really warms your heart and...
Entertainment

Four Navy Sailors Strike A Pose But When The Fifth Guy Starts Up, The Fun Really Begins!

You're about to watch an amazing performance from The United States Navy Band at...
News