More
HomeLifeSelfless 6 Year-Old Boy Gives Up His Christmas Gifts To Help The...

Bakersfield, California. Six year-old Alex Hovater decided to do something truly selfless… He gave up his Christmas presents to free up money for the homeless in his area. California has a terrible homelessness problem, after all. In the run-up to the festive period, little Alex had noticed and begun quizzing his mom. She told him they could help them if they didn’t buy each other gifts that year. And Alex thought it was a great idea…

Alex’s mother Machelle Hovater says this about what he did: “He had a lot of questions. He wanted to know if that’s where he lived and what he would eat and how he would stay warm.”

And Alex says this: “I was like, well it’s getting close to Christmas and it’s gonna get cold outside, so at least give him a little snack and water and a jacket before it freezes up.” 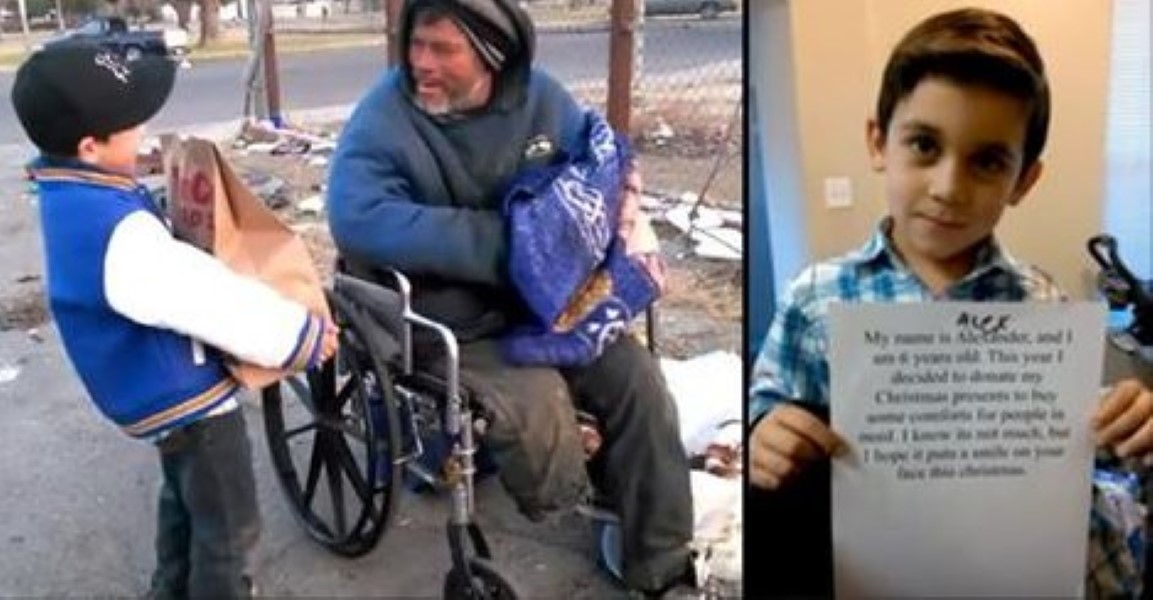 With the money saved by Alex taking a hit on his Christmas presents this year, the family could afford to buy eight care packages for them to hand out.

What a beautiful gesture. See for yourself:

The skies about Wisconsin and Illinois lit up GREEN recently. An odd green fireball...
Life

Coca-Cola have come up with an new advertising campaign which asks some pretty heavy...
Parents

If You See THIS Symbol On Your Kids Toy, This Is The DARK TRUTH Behind It…

The new Star Wars movie is due to be called 'The Last Jedi' and...