More
HomeAnimalsHe Watched On Helplessly As A Wolf Approached His Dog... Then Something...

He Watched On Helplessly As A Wolf Approached His Dog… Then Something INCREDIBLE Happened! 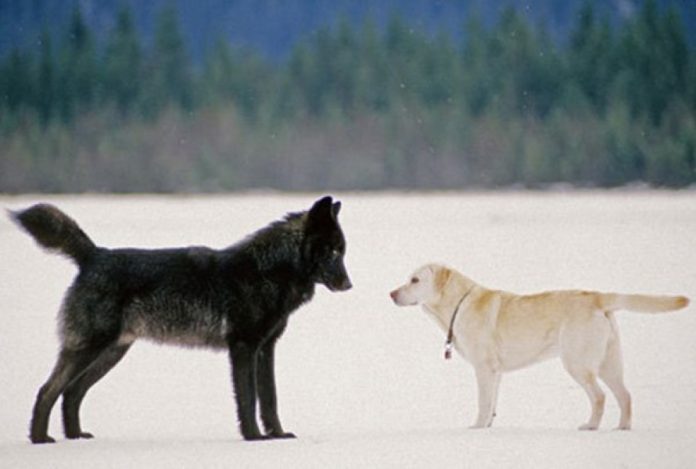 Juneau, Alaska. Wildlife photographer Nick Jans was out walking his Labrador one day when he saw something that made him stop dead in his tracks. It was a wolf. Out in the wild, Alaskan wolves can be quite savage. In a dogfight, the wolf would be able to rip Nick’s pet apart.

Despite his best efforts, his dog slipped from his grasp and ran over to the wolf. Nick’s heart froze. This could be very bad news indeed. His dog was friendly and lovable and not a fighter at all. The wolf stood its ground.

Nick’s first thought? How was he going to break the news to his family? 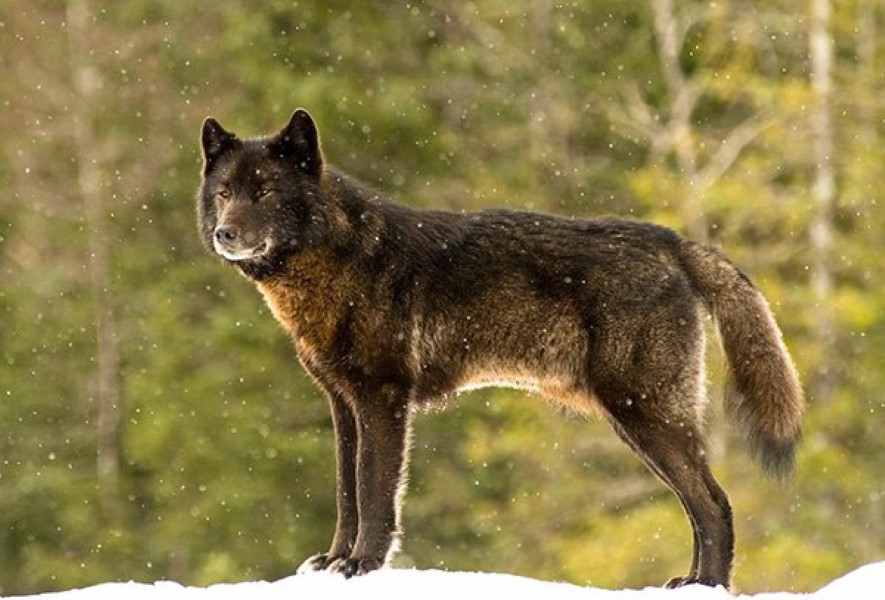 The two didn’t engage immediately, though. Nick assumed the wolf would strike straight away. But it didn’t. They just stood opposite each other and stared and sniffed. Nick grabbed his camera. 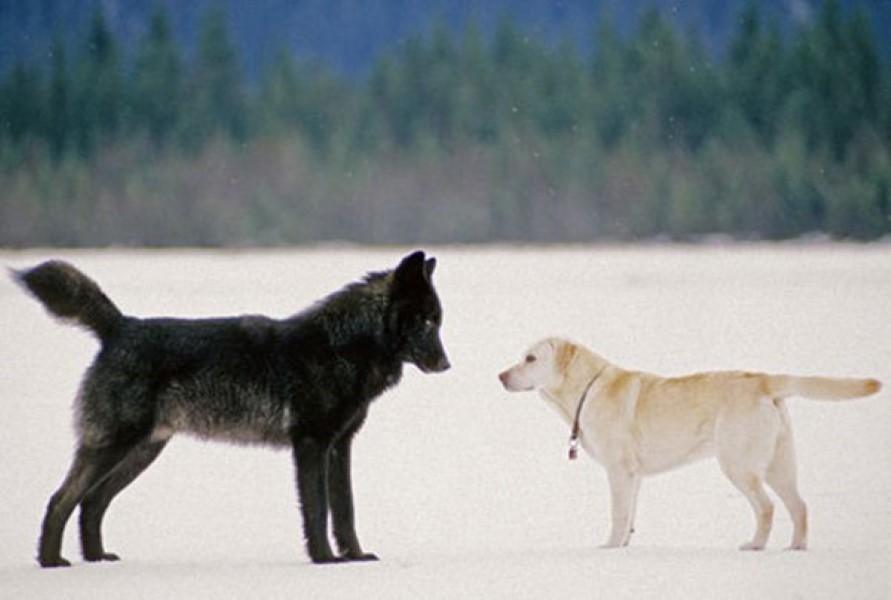 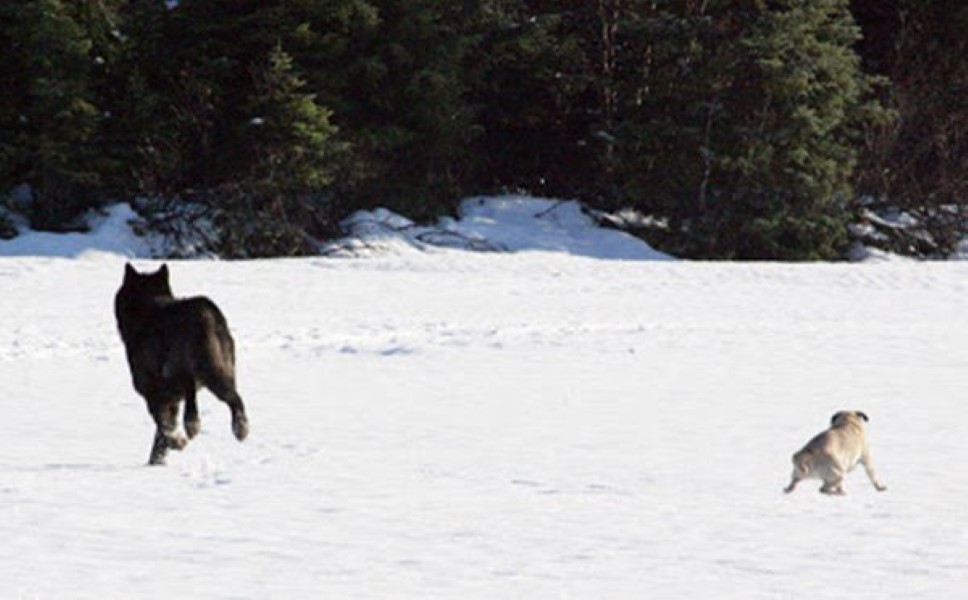 “The wolf would bring out toys that he’d stashed. One was a Styrofoam float. Romeo would pick it up and bring it to [my friend] Harry to throw. He clearly understood the same sort of behaviors that we see in dogs.” 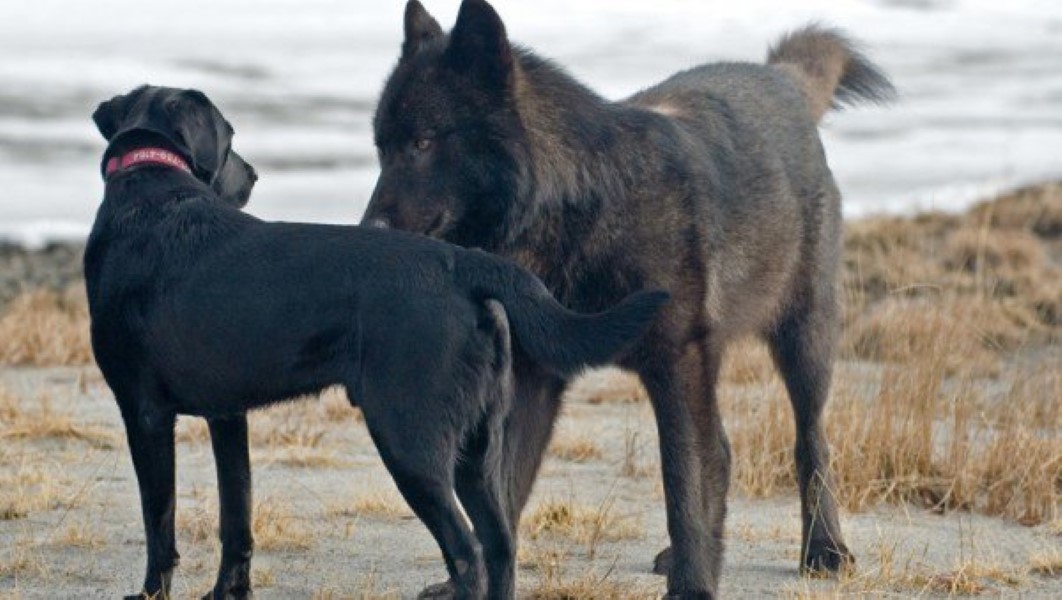 “The amazing thing was Romeo’s understanding. It wasn’t just our understanding and tolerance. It was the combination of his and ours and the dogs’. We were these three species working out how to get along harmoniously. And we did.” 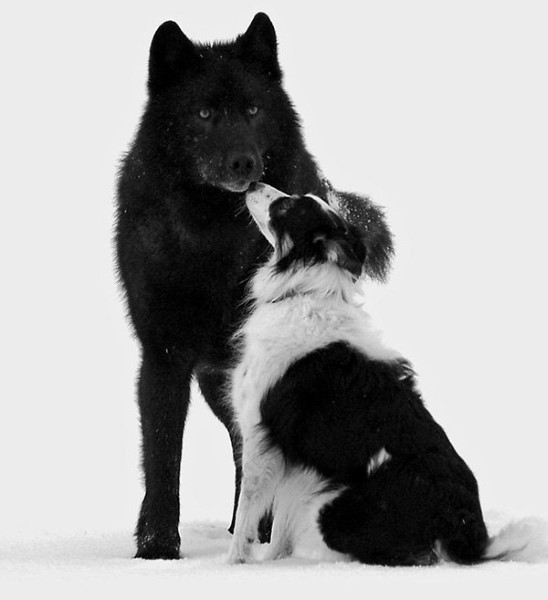 Soon, word got around town and people would bring their dogs down to play with Romeo. And there’s never once been an issue. 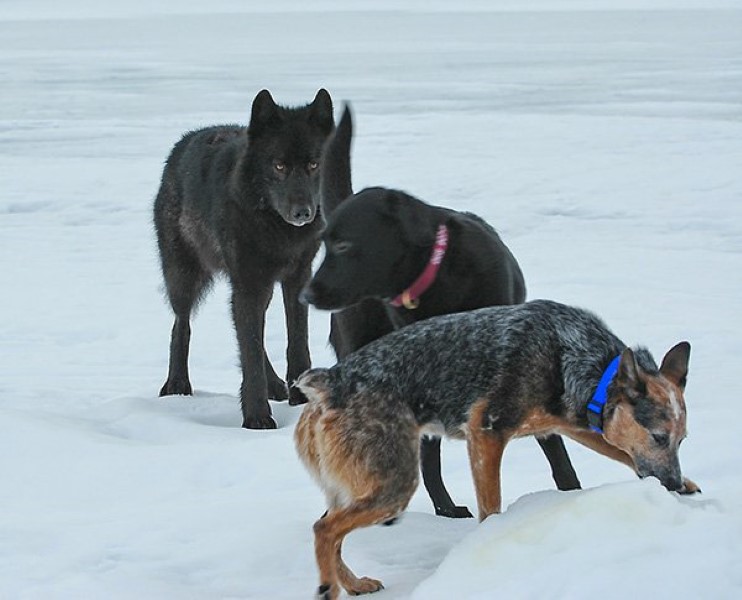 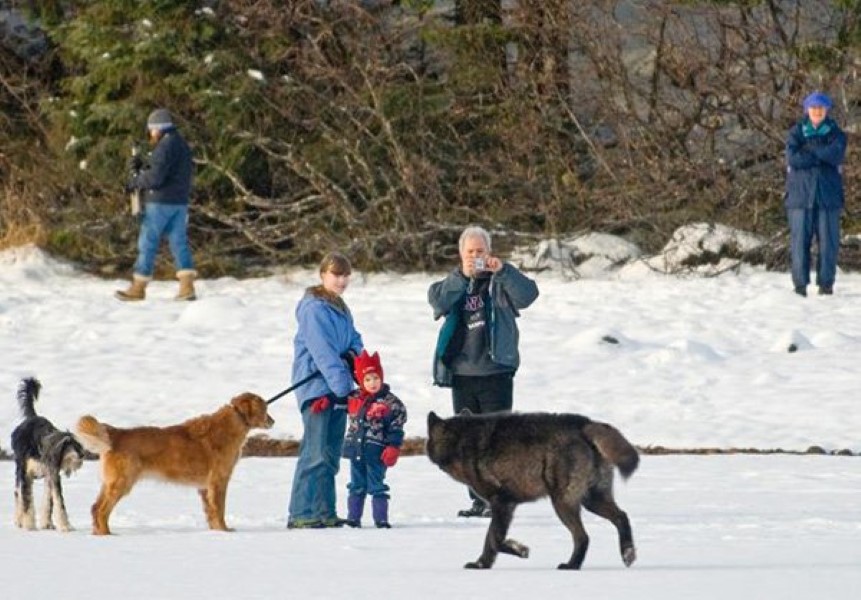 Isn’t it inspiring to see different species of animal able to get along, play and respect each other…? If only we as humans could take animals’ lead on this sometimes.

The relationship between twins is a much discussed and mythologized one. It's undeniable that...
Stories

Bear Taliferro Jr. was passing through a Wal-Mart that he doesn't usually shop at...
Science

They Dropped A Basketball From 415 ft. I Didn’t Expect This To Happen!

This is the Gordon Dam in Tasmania, an island off the coast of south...
Family

Mom Stares Down a Hater While Breastfeeding In Public; Gives Awesome Explanation!

Proud Florida mom Ashley Kaidel posted a photograph of herself on Facebook recently and...