If there’s one new technology which has dominated 2015, it’s undeniably the drone. It seems as if they’re in the news almost every day now. In fact, it was only a short while ago that we reported on a story about a drone catching a man sleeping on a wind turbine! Crazy… Well, it’s time for another story. This time, the drones have been disassembled, though. And built into something quite incredible – a helicopter!

Built by a British inventor, this personal chopper uses 54 drone rotor propellers and can whisk the helicopter more than fifteen feet in the air. With the pilot aboard! He calls his brilliant new invention ‘The Swarm’ and it really is a sight to behold. 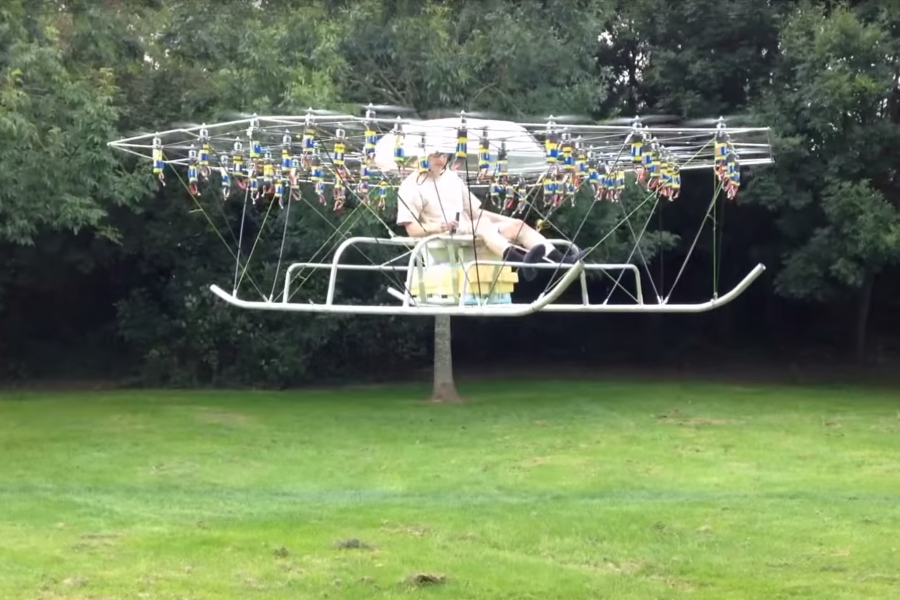 This is brilliant. We love it when technology comes from a guy with know-how, a tool kit and some time. Who needs big corporations and millions of dollars when you’ve got a Brit with a shed? Check it out!

Want another drone-based story? Then check out what this drone caught off the Alaskan coast.

The Process Behind Retreading Tires With This Machine Is UNBELIEVABLE!

Australian ‘Road Trains’ – The Biggest, Longest Trucks In The World!