Archaeologists Discover Something Amazing Underneath The Easter Island Heads!

The Easter Island statues, or Moai as they are know in their native Rapa Nui, constitute 887 separate structures spread across the length of the Polynesian island. The figures, which were carved some time between 1250 and 1500, are a feat of human skill and craftmanship.

Now, I bet you think that these incredible structures are comprised of just the heads that you can see above ground. Well, you’re wrong. The heads are, in fact, attached to bodies, just as meticulously carved, that extend meters underground. 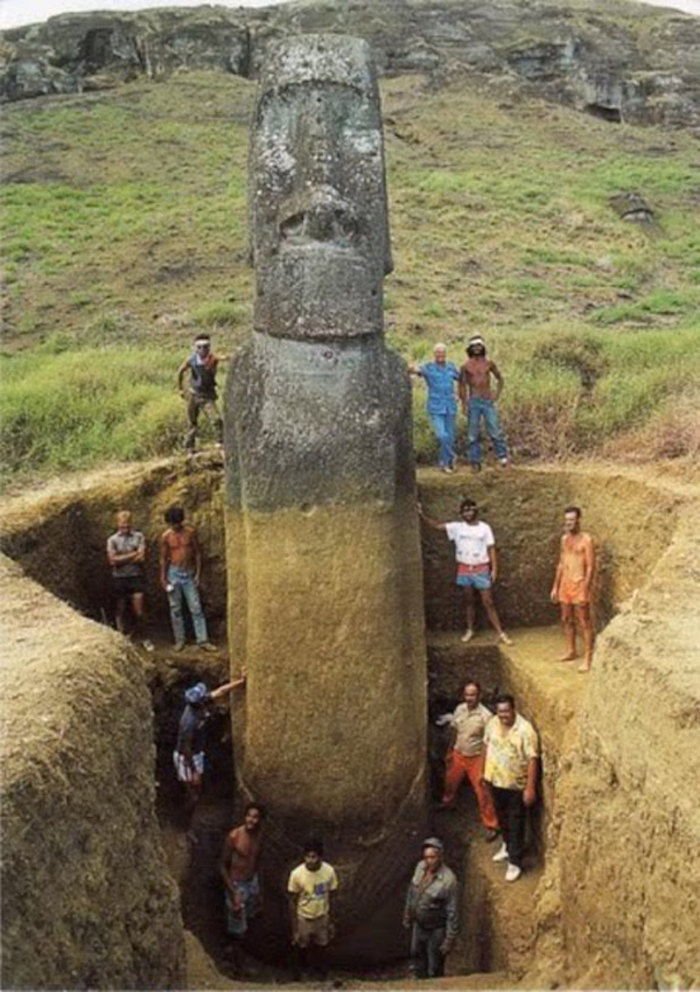 The statues are scattered across Easter Island, or Rapa Nui, which is one of the most remote countries in the world. The island itself is located over 2,000 miles off the coast of Chile.

The tallest moai erected is called Paro and stands at almost 33 ft high and weighs 82 tons. The heaviest erected was a shorter but squatter moai which weighs 86 tons. The statues are said to represent Rapa Nui ancestors.

The recently discovered bodies are covered in ancient, and as of yet indecipherable, petroglyphs (rock carvings). 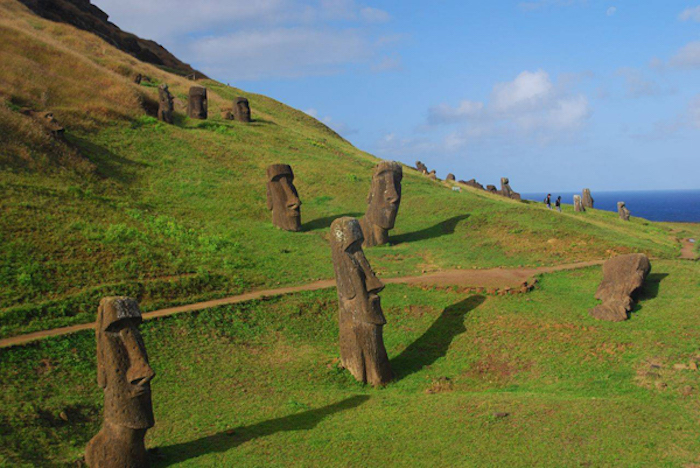 Watch a video about the discovery below.