Daily Digest DISCOVER THE ART OF PUBLISHING
Home Life He Puts His Hands Around Her Throat And Starts Choking Her. What She Does Next? OMG! 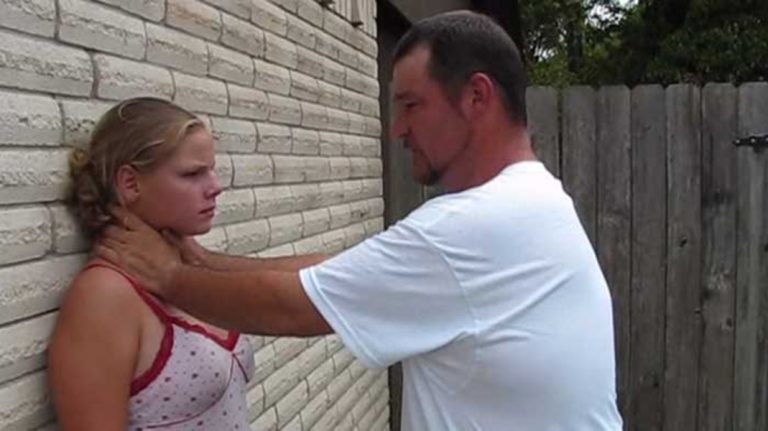 With instances of domestic violence on the rise, as well as the ever-present danger of being randomly attacked when out and about, it’s important that women learn some basic self-defense. An attacker can come at a woman in a variety of ways, but more often than not he’ll try disabling her by placing her in a choke hold with his hands around her neck. This is a very difficult thing for a woman to counter, as grabbing the man’s arms and trying to prise his hands off her throat is usually not an option thanks to his superior strength.

In the following video, a self defense expert demonstrates how a woman can use a very clever and highly effective technique to not only remove a man’s hands from her throat, but also to disable him so she can make an effective escape. It turns out it’s much easier than you would think for a woman to disable a man who is attempting to strangle her.

It’s important to stay safe out there, and thanks to this self defense expert’s informative video, that may well have just got a little easier.