More
HomeMoneyHe’s Been Saving His Pennies Since The 70s, I Can’t Believe What...

He’s Been Saving His Pennies Since The 70s, I Can’t Believe What The Bank Told Him 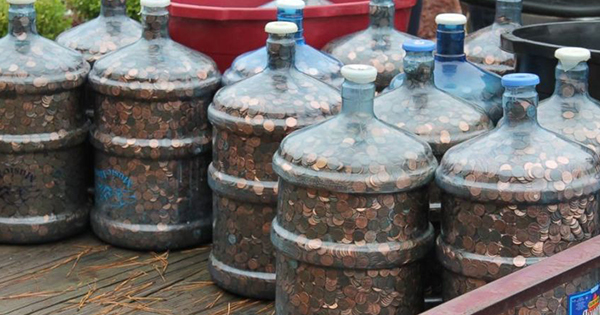 Ruston, La. For more than thirty years, a man called Otha Ander has been saving up all his pennies. We all get them, don’t we? What do you do with yours? Well, Ander collects them all up in five gallon water jugs. And he’s managed to collected quite an impressive collection so far.

When the guy eventually made the short trip to the bank to cash all those pennies in, he was in complete and utter shock when the cashier told him exactly how much money he had managed to save up. There were Fifteen five gallon plastic water jugs full of pennies in total, which accounted for about half a million pennies. In total? Anders had deposited $5,136.14 straight into his account. It was to go toward a recent and expensive dental bill.

So, the very next time you spot a penny on the ground… You might want to pick it up! Collect them all up and before you know it? You might well be five grand richer! Every little helps, huh? ?

Dallas, Texas. 38 year-old teacher Rosa Woodward has been fired from her job at...
Life

There are plenty of things you can do in your bedroom. You can watch...
Lifestyle

You Won’t Believe These Hot Guys Were Actually Born Female

For most of us, we'll never fully understand the inner turmoil felt by people...
Animals

When Jason and Carolyn Cooper lost their beloved dog at Christmas time, they thought...