More
HomeAnimalsPenguin Swims 5,000 Miles Every Single Year To Visit The Man Who...

Joao Pereira de Souza is a 71 year-old bricklayer from Brazil with a most unusual friend. A Patagonian penguin! That’s right. The bird has been paying him annual visits, to his exact spot on the beach and staying with him for a vacation every year now since they first met back in 2011.

The bond was created after the man rescued ‘JinJing‘ from an oil slick. The penguin was certain to die without human interception. His new pal saved him, cleaned him up, fed him some sardines and gave him a home to rest up in and recover.

Here’s what de Souza says about his unlikely pal:

“He stayed with me for 11 months and then… He disappeared.” 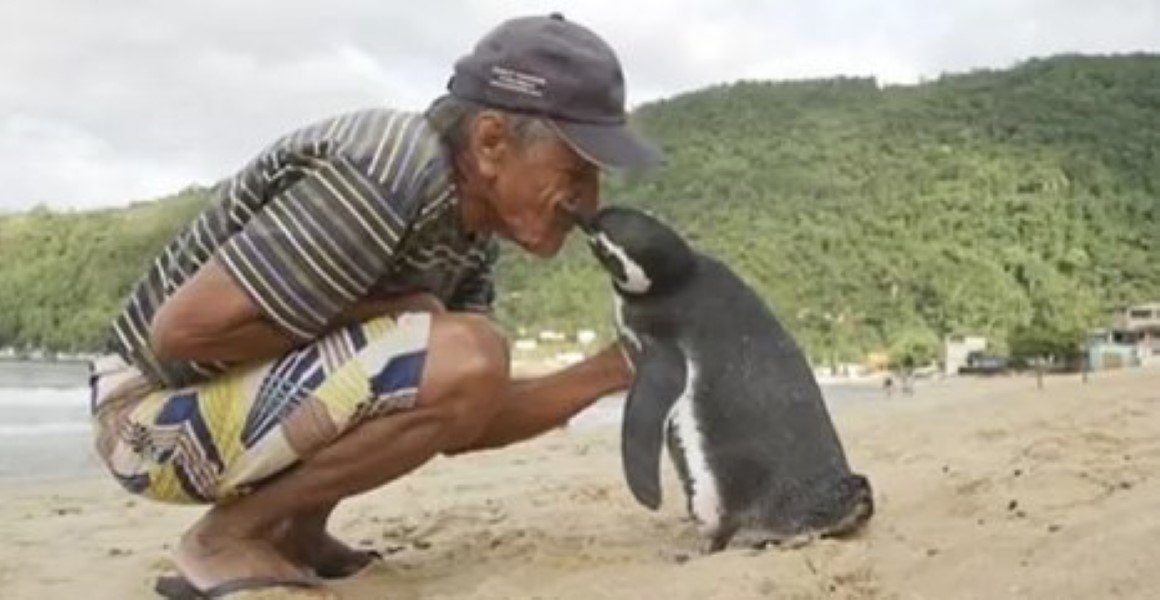 “I love the penguin like it’s my own child and I believe the penguin loves me. No one else is allowed to touch him. He pecks them if they do. He lays on my lap, lets me give him showers, allows me to feed him sardines and to pick him up. Everyone said he wouldn’t return but he has been coming back to visit me for the past four years!”

Here’s more on the lovely story…

He Told His Mom His Legs Were Aching. 72 Hours Later They Were AMPUTATED

This is little Romeo Hadley from Cardiff in Wales. When he visited his local...
News

Soldier Sees What 2 Young Boys Are Doing In Taco Bell, Instantly Knows What To Do

Greenville, Alabama. At the counter of a local Taco Bell, Lt. Col. Robert Risdon is...
Sports

A baseball game almost took a disastrous turn this weekend when a bat flew into the crowd...
Life Hacks

He Pours Vinegar Down The Drain… Why? Ingenious!

To maintain a clean and sparkling home, most of us use dozens of different...