As we’ve told you before, UFC superstar Ronda Rousey was asked by serving US Marine Jarrod Hash to accompany him to the Marine Corps ball which was held on the 11th December. At first it looked like Ronda would have to turn him down, as she had a prior engagement that would interrupt her intense training schedule – namely her fight with Holly Holm, which was originally set to take place next year.

However, the fight was moved to November, meaning Ronda could attend the ball after all. The fight itself didn’t go well for Ronda, who was brutally knocked out a minute into the second round, sparking rumors at the time that she had broken her jaw. Those rumors proved to be thankfully unfounded, meaning that Ronda could keep her promise to the eager young marine. So, having recovered from her punishing meeting with Holm, Ronda left in the wee small hours of Friday morning to jet off to join Hash at the ball. 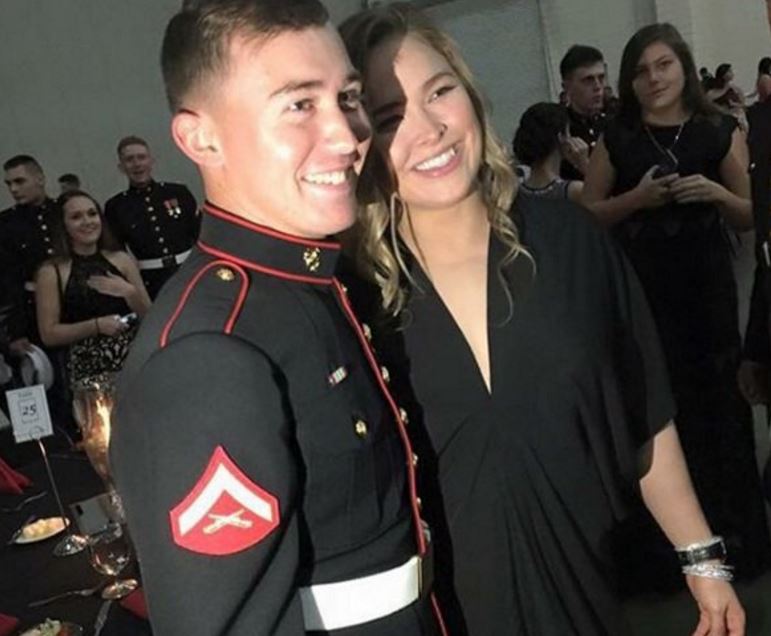 The two finally met that night, and by the looks of it, they hit it off! And it wasn’t just a delighted Hash who was happy to see the woman who has become the most famous female fighter in the UFC. Other guests were amazed to see her, and took the opportunity to take plenty of shots for posterity. 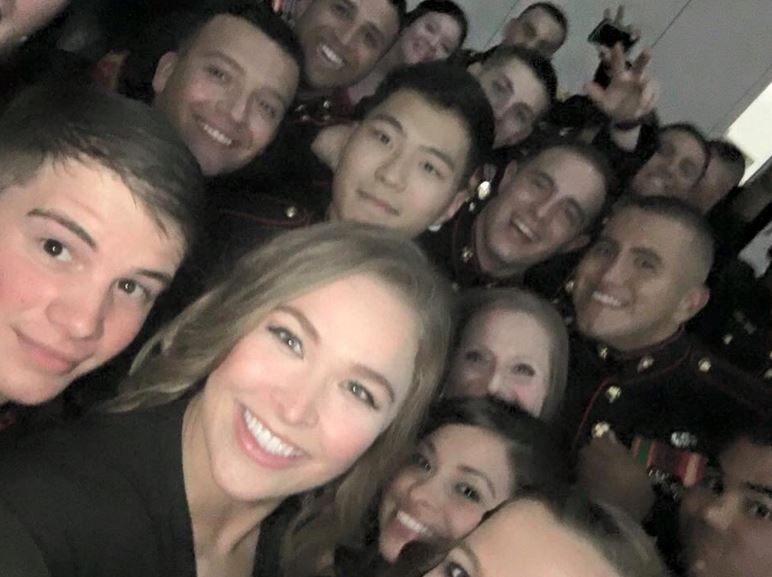 Well done, Jarrod. You’ve proved that old saying that if you don’t ask, you don’t get! It turns out the lady WILL go to the ball after all! 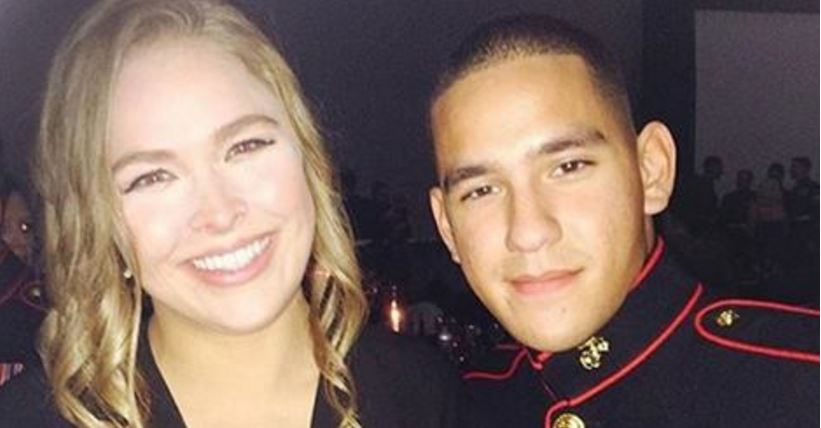