More
HomeFamilyThis Guy Hid A Marriage Proposal In Every Photo With His Girlfriend...

This Guy Hid A Marriage Proposal In Every Photo With His Girlfriend For SIX MONTHS!

Ray Smith from the United Kingdom is a romantic kind of guy. So when he decided that he was going to proposed to his girlfriend Claire, he knew he had to do something uniquely romantic to really wow her and knock her off her feet. And he did just that! In a way that no one would have expected… Least of all Claire!

We’ve seen some cool wedding proposals here at Daily Digest, but this one might just go down as the best. Every day for 148 days, Ray posed for a selfie with his love. And in each picture he secretly held up a card that said ‘will you marry me?’ on it.

“I decided to come up with my own idea to take a picture every day for five months. It was really stressful putting it all together, it took a lot of hard work. She nearly caught me a couple of times but I just had to pray it worked. Sometimes she wanted to see the pictures so I had to take more than one – one with the card and one without. It was all a bit chaotic on Christmas Day morning so I took her away and set it all up on the laptop. I got down on one knee and gave her a bit of spiel, and then popped the question!” 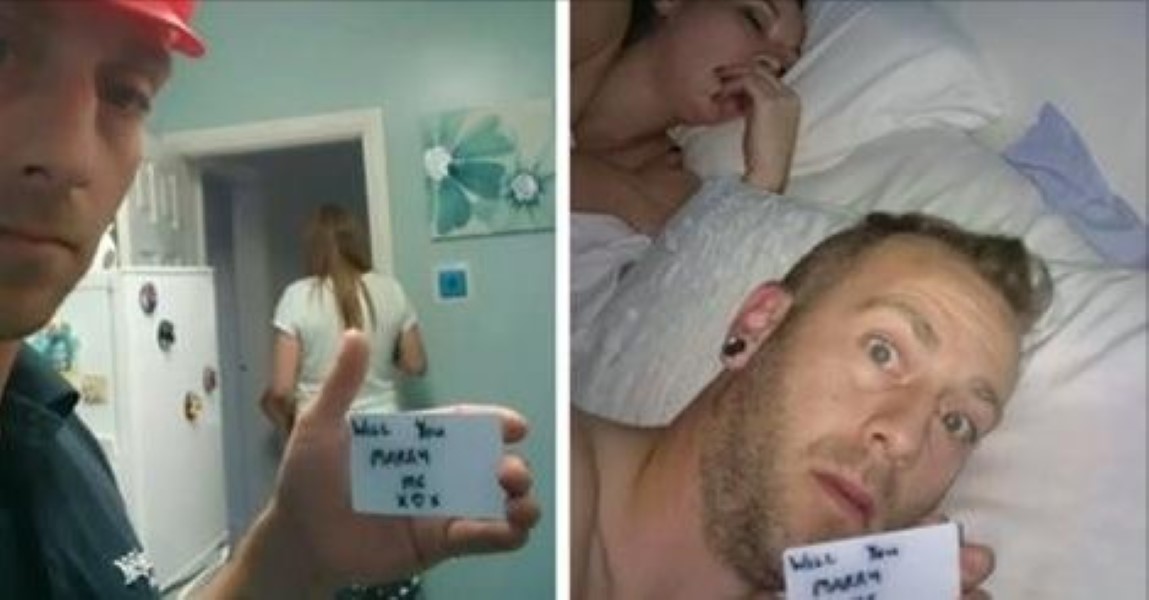 How To Use Your Own Body To Find Proof Of Evolution!

Okay, okay - we know some people don't get on board with the whole...
Animals

Kruger National Park. A safari park in South Africa that's home to such a...
News

Outrage Directed At Parents In Harambe The Gorilla’s ‘Senseless Death’

A zoo in Cincinnati has recently been all over the news because of a...
DIY

When Reddit user pippx's son Henry's birthday was approaching, she could have just gone...