A new video has emerged online this week which appears to show an unidentified flying object seemingly racing a Virgin Atlantic plane. The craft can be seen whizzing past the aircraft at a similar angle, shortly after the flight had left JFK airport in New York City.

Is it proof that aliens exist? Well, not quite. But no one is rushing out yet to explain the video. Is it a UFO? Well, until the object is explained, almost certainly. Is it extra terrestrial? There’s no way to know.

The video was first sent to Rick from LookNowTV. He says of the footage:

“The person that saw this UFO at JFK films planes often and looks to catch UFOs on video. I have no reason to believe this guy is a hoax. It’s really unidentified. I shared it with my friends to get further opinions on it, and we could not come to a definitive conclusion on what the object might be so I decided to go with it and share it online.” 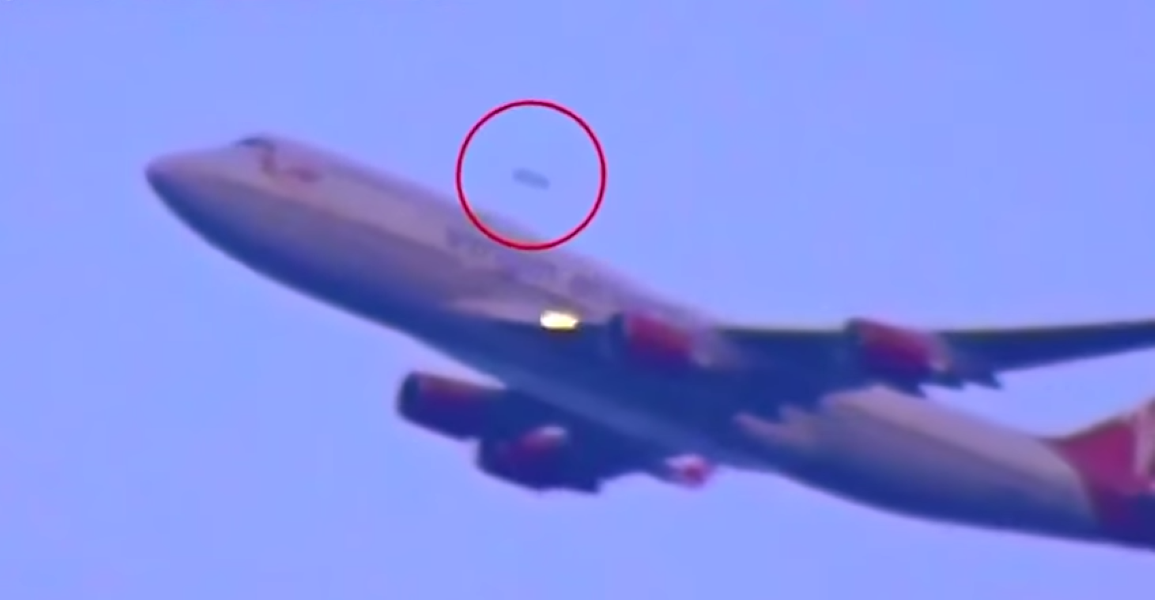 See what you make of the video right here:

Seen These Numbers On Egg Cartons Before? Well, Here’s What They Really Mean…

You know when you go to the store or supermarket and buy eggs? The...
Animals

She Tells Her Son To Back Up Away From The Fence… Now Watch What The Deer Does!

It's a pleasure to get to spend time with any of God's creatures really,...
Technology

The Hammock That’s Also a Hot Tub… You’re Going To Want One Of These!

There are few things more relaxing than laying back in the warm comforting environment...
Entertainment

When you start watching this video it seems to show yet another everyday high...