More
HomeDIYTo Fit All His Kids On His Knee At Once, This Dad...

To Fit All His Kids On His Knee At Once, This Dad Built a Special ‘3 Kid StoryTime Chair! 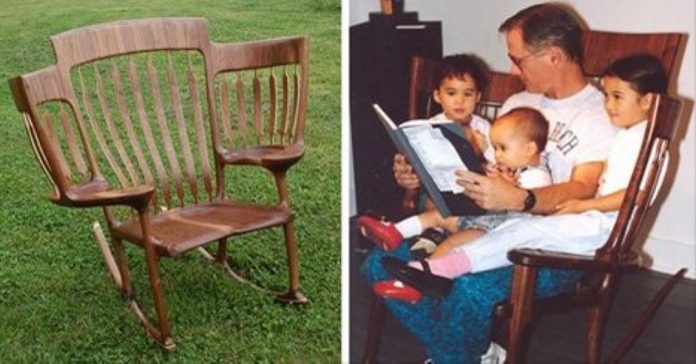 Hal Taylor is a dad and a carpenter. A devoted father, nothing gives him greater pleasure that having one or more of his kids sat on his knee as he regales them with a story just before bedtime. Nothing sets off their imaginations and yet sends them off to sleep quicker. But as Hal’s third child was due, he suddenly realized something – he only had two knees… Where was little Rose going to sit?! Oh no, what a conundrum. But, being a carpenter, he knew he could whittle the answer…

“I did not have a lap large enough for three children [so] I had to come up with something.”

And come up with something he did – The Three Kid StoryTime Chair! 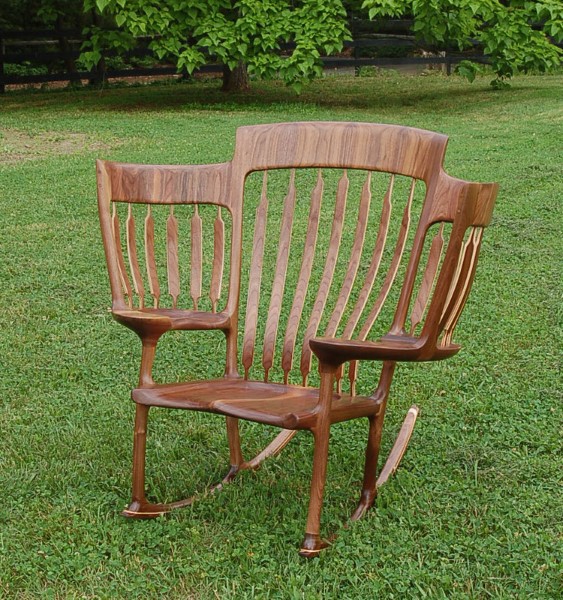 Built to fit Hal in the middle, a kid on his lap and two older children on each side, it’s perfect for his needs. And the needs of so many others’!

He knew he couldn’t leave little Rose out too.

“When Rose was born, she proved herself to be the ‘communicator’ in the family… she was NOT going to be left out of the reading crowd!”

It’s precision chair making, though. These things take a long time to make. They’re comprised of more than 260 separate pieces of wood and can be purchased on Hal’s website. Be warned, though – they’re not cheap. In fact, they retail at $7,000! They’re undeniably beautiful, though. 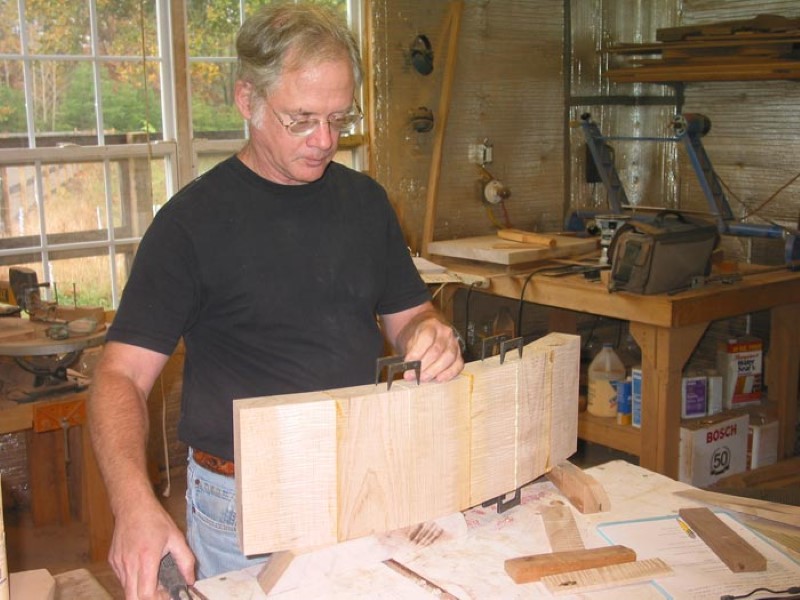 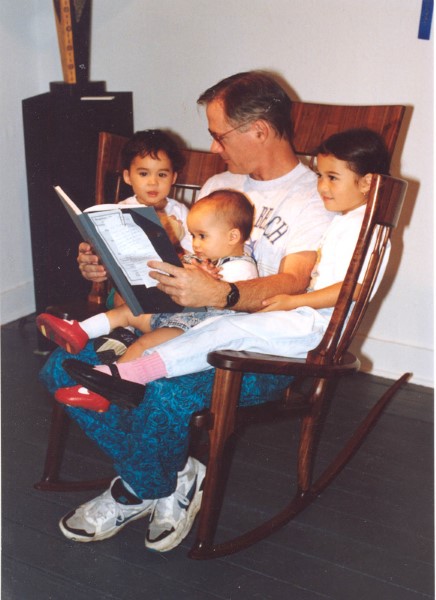 A London-based millionaire originally from Saudi Arabia has been cleared by a UK court...
News

Cheesy Egg Toast Is The Best Kitchen-Based Invention Ever!

Breakfast. It's the most important meal of the day, right? Right. And, if you...
Life Hacks

Ex-CIA agent Jason Hanson knows a thing or two about what it takes to...
Health

WATCH: Mom Didn’t Know Why Her Baby Was So Sick. Then She Took The Top Off His Sippy Cup…

Penny and Simon Powell’s baby son kept getting sick. They took him to the...