Adelaide, Australia.  A GIANT Great White Shark has been spotted near Marino Rocks and the magnificent beast is thought to be up to SEVEN METERS long! The incredible creature was seen and snapped for posterity and it really is an outstanding specimen. The popular Facebook page Shark Alerts South Australia first posted about the enormous creature yesterday saying this:

“This just sent in of the massive 7 meter White spotted off Marino Rocks this afternoon from the Westpac Heli. It’s the biggest I’ve ever seen as a crew member in the Westpac chopper, we put it down as 7m the photo really doesn’t do it justice. Helicopter aerial patrols are currently herding a large White Shark out to sea off Marino Rocks. Nearby nippers events have been cancelled and all swimmers pulled from the water after the siren sounded.”

Facebook user Chris Caputo also claimed to have watched the drama unfold, saying this: “I was fishing off my kayak on that reef from 10am till the moment the sirens and the chopper flying near me seemed to be following something. I could just hear the swimming carnival being cancelled which brought to my attention that if I stick around I may become a snack!” 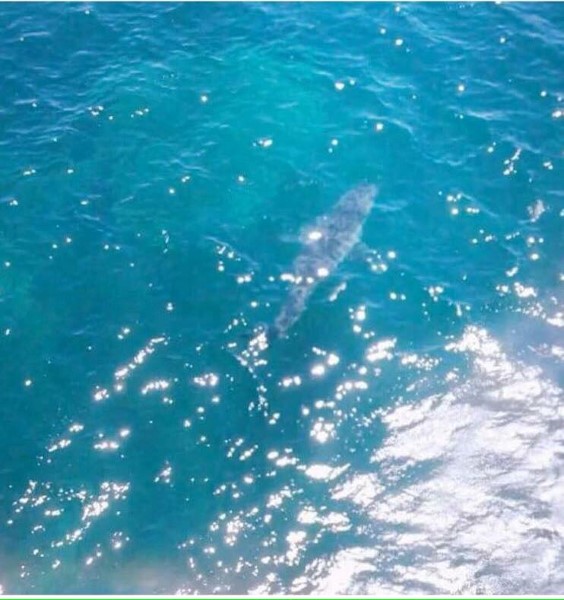 It’s a beast. We think we’ll stay out of the waters for a little while…

Here’s some bonus shark footage for you… From when a Great White said hello to some Jersey Shore fisherman!

When A Snake Eats Another Snake… It’s GROSS! Who Knew?!