More
HomeEntertainmentWhen This 14 Year Old Looks At The Camera, You Won't Believe...

When This 14 Year Old Looks At The Camera, You Won’t Believe What Comes Out Of Her Mouth 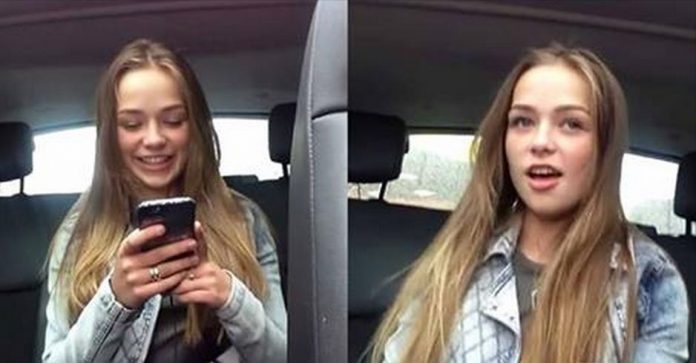 Back in 2007, a seven year old girl with missing front teeth took the UK’s Britain’s Got Talent by storm with her version of the Judy Garland classic, ‘Over The Rainbow’. That young girl’s name was Connie Talbot, and the nation took her to their hearts. Connie went on to win her semi-final with a cover of Michael Jackson’s ‘Ben’, and narrowly missed out on winning the whole show, coming second to an opera singer from Wales.

Connie went on to enjoy fame all around the world, releasing best-selling albums, travelling the globe, making many television and radio appearances, appearing in concert and even becoming something of an icon in the Far East. That first performance really opened doors for her!

And now, at the age of fourteen, young Connie’s revealed another string to her bow. In this brilliant new video, the amazing young singer proves she has a talent for mimicry, here doing impressions of many famous singers as she and her parents take a car journey together. Connie has quite the range, pulling off near-perfect impressions of singers such as Pink, Sia, Beyonce and Leona Lewis. Our particular favorite has to be the Whitney / Mariah duet. Amazing!

We see a bright future ahead for this talented young lady. Keep up the good work, Connie!

These Irish Dudes Get A Back, Crack, And Sack Wax… And It’s Just TOO FUNNY!

It's been the case for a long time now that women spend a lot...
Animals

This Rottweiler’s Owner Tells Him To Show His Mean Face. Check Out The Dog’s Reaction!

Reese the Rottweiler is, despite his scary appearance and his breed's fearsome reputation, actually...
Entertainment

You may well have already heard the news that hearthrob pin-up actor Zac Efron...
Entertainment