A Husband Yells At His Wife For Nagging Him About Chores… Her Response? BRILLIANT! 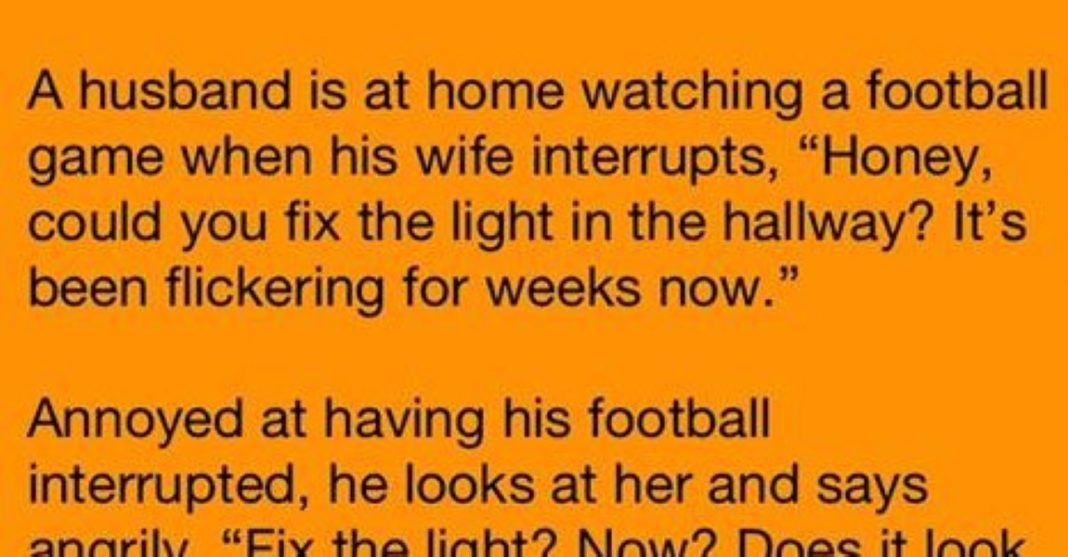 A husband is at home, settling into the couch to watch his favorite football team in the play-offs. He opens his potato chips, cracks a beer and lets out a sigh. “They better not screw up this year too”, he mutters.

He hears his wife call out from the hallway. “Honey, can you fix this light here in the hall? It’s still broken…” Annoyed at being interrupted he calls back out to her. “What, now? Does it look like I have ‘G.E’ written on my forehead? No. I’m not doing it now.”

Ten minutes later, she calls out to him again. “Hon, can you help me close the fridge door? It’s not closing properly.” Her husband visibly prickles with rage. “God damn it! I’m busy, woman! Anyhow, does it look like I have ‘Westinghouse’ written on my head?!”

“Well, can you at least take a look at that broken step at half time?!” Now the guy’s really getting annoyed… “Yeah, I’ll just do that. Because I’ve got ‘Acme Carpentry’ written on my forehead, haven’t I?! Right, I’m heading to watch the rest of the game in peace…” 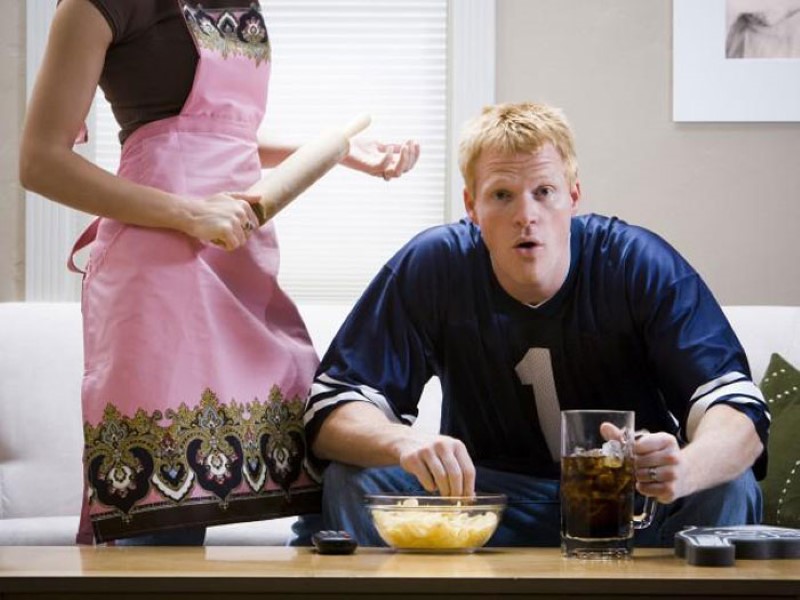 He goes to the bar and sink a few beers with his friends. His team loses the play-off. He’s moping about, miserable. He reflects on his behavior earlier that day. ‘Damn’, he thinks. ‘I was a little over the top back there. I’d best get my butt back home and do the decent thing – apologize…’

So he leaves the bar. As he approaches home, he notices the step’s fixed. He enters the house to be greeted by a bright light. The hallway light’s been replaced. His wife is leaning against the fridge, which is now happily stood there with a fixed door. “How’d you get all these fixed?!” He asked.

“Well, after you left, I sat on the front step and cried. A nice young guy from down the road asked me what was wrong and I told him. He said he’d fix all the things that were broken if I either slept with him or baked him a cake…”

“Do I LOOK like I have ‘Betty Crocker’ written on my forehead?!”