She BEGS The Nurse To Tell Her What’s Wrong With Her Baby… Then She Takes A Look At The Shocking Sonogram!

It may seem incredible, but take a quick look at the picture below… Is that the picture of a ghost in a sonogram? Sounds ridiculous, but one woman believes it is. 30 year-old Rebecca Melia from the United Kingdom lost her mother earlier in the year and never got a chance to tell her that she was pregnant. Kidney cancer took her. She was just 49 years of age.

Distraught but determined to put a brave face on things for the sake of her child, due to be born later in the year, Rebecca went about her pregnancy, sad but resolute.

She went in for a standard sonogram (of ‘ultrasound‘ as it’s called in Britain). Looking at the pictures on the monitor, she was shocked. Her heart sank. What WAS that on the screen?! Was there something wrong with her baby? On closer inspection, Rebecca was convinced that the shadow was, in fact, an image of her mother’s face… 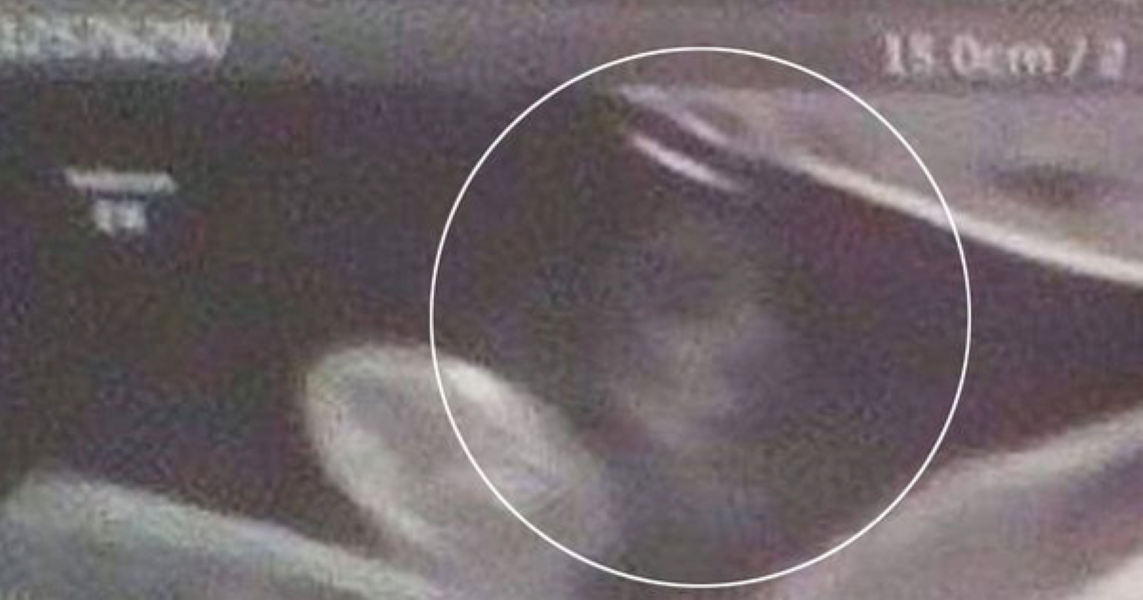 Melia says this about the incredible incident:

“They had me there for a long time and I could tell they had seen something on the scan. I was convinced it was something wrong with my boy. Not even thinking what was to come, the lady gave me the picture and she said ‘I think you might like this one’ with a smile on her face. And the nurse did know my mum had passed away.”

“I have a little area in my room with pictures of my mum on and before I went for my scan I was talking to her, saying I wish she was coming with me,” she said. “This is her 14th grandchild and she has been there for every one.”

“I couldn’t believe it; I was shocked, happy and overwhelmed all at the same time. My mum’s face, which I longed to see, was there as clear as day on my scan. And I wanted to share this story to bring comfort to others who have lost their loved ones and show this is proof that loved ones who have died may not be seen, but they are still here.”

Strangely enough, this isn’t the only time something like this has happened. Another woman claims to have seen an image of her grandfather in her sonogram pictures…

It Was Just A Normal Day At The Beach For This Mom And Her Pregnant Belly. Then She Noticed Something Surreal